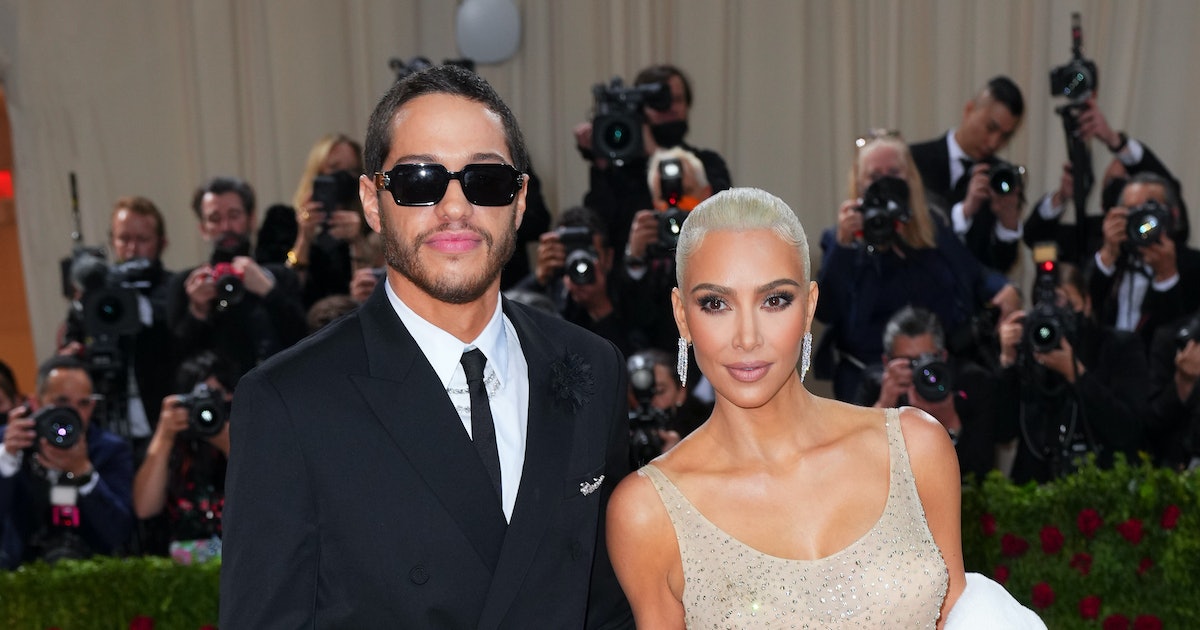 Over the weekend, Davidson was spotted with rumored girlfriend and Bodies, Bodies, Bodies co-star Chase Sui Wonders enjoying time at the beach, and fans couldn’t help but notice that a few of Davidson’s many tattoos seemed to have disappeared — namely the ones he got for Kim Kardashian throughout their nine-month relationship.

Eagle-eyed fans discovered that the SNL alum got rid of his three tattoos dedicated to Kardashian. He previously had a “My girl is a lawyer” tattoo inked along his clavicle (Kardashian passed the baby bar back in December 2021), and a tattoo of the initials “KNSCP,” which stood for Kardashian’s initials along with those of her four children North, Saint, Chicago, and Psalm, who she shares with ex-husband Kanye West.

His tattoos of the names “Aladdin” and “Jasmine” (a nod to his and Kardashian’s SNL sketch that kicked off their romantic relationship) and an infinity sign, along with the name “Kim” branded on his chest, also seemed to have been removed.

Of course, this isn’t the first time Davidson has had tattoos dedicated to an ex-lover removed following a breakup. He got a total of 10 tattoos during his whirlwind romance with Ariana Grande back in 2018 and gradually started covering them up.

“Just attended a virtual Q&A with Judd Apatow and the cast of THE KING OF STATEN ISLAND. And here’s a scoop: Pete Davidson is in the process of getting all his tattoos removed,” film critic Mike McGranaghan tweeted in December 2020. According to Davidson, the move wasn’t simply because he was moving on, but also because it is a pain to sit in a makeup chair for three to four hours to have them covered up for movie roles.

“We’re shooting some stuff and it takes like a month for it to heal. But like it’s pretty much off this hand,” Davidson said in July 2021. “I get my next treatment [in] like a month or so. They said by the time I’m 30, they should all be gone. So they got like two more years left of this.”

Time will tell exactly how long it will take for Davidson to be tattoo-less — especially since he seems to have a penchant for getting inked in the name of love.

How many months’ progress do your pictures represent? What were your stats for each picture?…