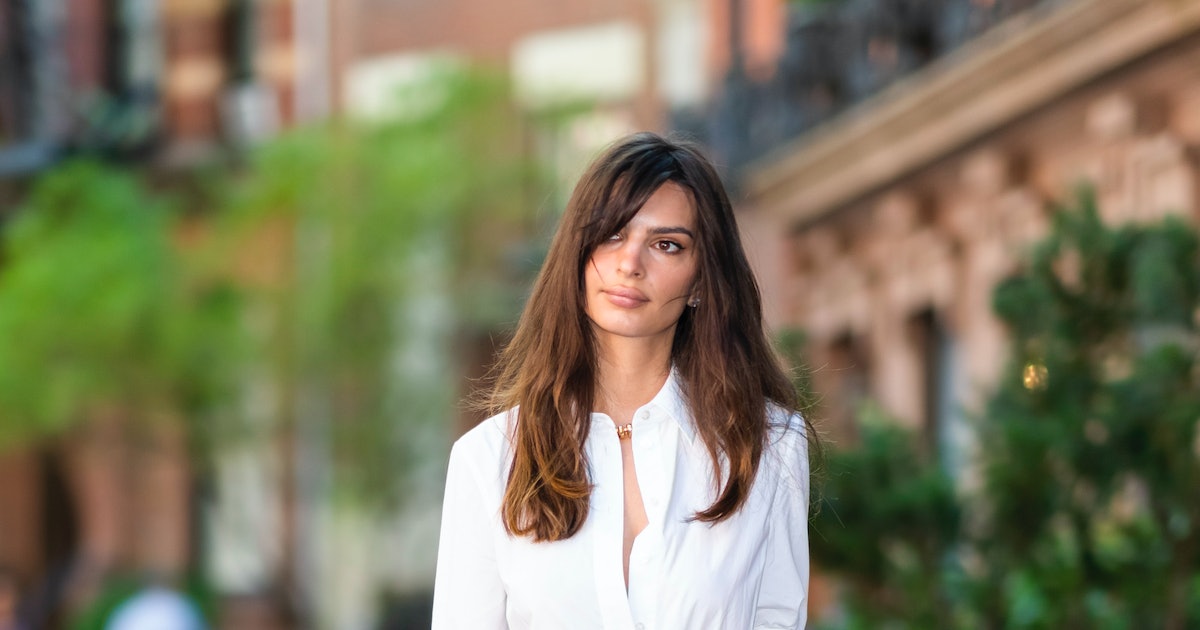 
Emily Ratajkowski shared a sweet set of photos of herself and her 1-year-old son, Sylvester, in the bathtub together and, apparently, some people are up in arms about it. But, when did it become inappropriate for a mother to take a bath with her baby?

In the pictures posted on Instagram Friday, the 31-year-old model lies naked in the tub (as one does) and her blond-haired tot, also (gasp!) naked, snuggles up to her. “Loml,” or “love of my life,” she captioned the images, which received a lot of love on top of the harsh backlash.

“Huh why are u naked with your son? Really weird,” an Instagram user commented on the photos.

“Why on earth taking pictures with your naked son… What do you do just for ‘likes’ and attention…,” a second commenter wrote, with yet another adding, “It will be weird when your son sees these pics when he grows up 😒.”

A supporter of Ratajkowski’s came to her defense, writing, “…because the son has no concept of sex so he doesn’t even think of his mom like that… when he’s older it would be weird but not now… the only people making it weird are the ones in this comment section. He’s probably just excited his mom can play in the bath with him.”

In complete fairness, many parents take baths with their babies. They’re babies after all; they have no interest in nudity. People do know most women give birth naked and immediately hold, cuddle and perhaps breastfeed their babies, right?

In a chat with pediatrician Dr. TJ Gold, Scary Mommy learned that children under the age of 2 do not understand the significance of being naked and that by ages 3 to 5 parents should start teaching children about body parts and appropriate behavior.

“I think it’s really about what the family culture is like,” Gold said, adding that of course you don’t want your older children walking around naked in front of those outside the household. “It’s an excellent time to start teaching from nudity to privacy then your own body, what’s OK with your own body. It’s a great segue.”

“You don’t want [your child] to feel shameful about their body,” the pediatrician said. “It’s a natural, normal thing and our reaction and how we feel about our bodies is going to translate into the way they look at their bodies.”

As a successful model, Ratajkowski has been open about sharing tasteful photographs of her body and recently posted nude pregnancy bathtub photos.

“If you spend any time [in Europe] you notice it right away — their comfort level is different.” Ratajkowski told The Cut in 2015. “You see more women being openly sexual like it’s not a big deal, without them having to be oversexualized. They are celebrated. You see it on the beaches, daughters with their mothers. It’s not a big deal to see your mom naked. It’s actually quite normal.”

She added of our country being uptight about nudity: “I don’t know if it’s about being frigid. It’s more about the constant sexualizing [of] women without actually celebrating women. I think it’s more a misdirection of values and femininity rather than the country being frigid.”

Ratajkowski shares her son with estranged husband Sebastian Bear-McClard, whom she split from in July after four years of marriage. She’s opened up about mom shamers in the past, writing on social media last year, “My comments are filled with awful remarks about how I don’t deserve to be a mom. Shame on you all.”

“I don’t care if you hate me or hate celebrity (or just hate women) but it’s incredibly scary to become a parent and no one deserves to be told by strangers that they’re a s—ty mother,” she added.

Considering what she stands for, Ratajkowski will champion more naked pictures in the future. And good for her.

Coming out is a momentous and extremely personal moment for anyone. For some, the moment…