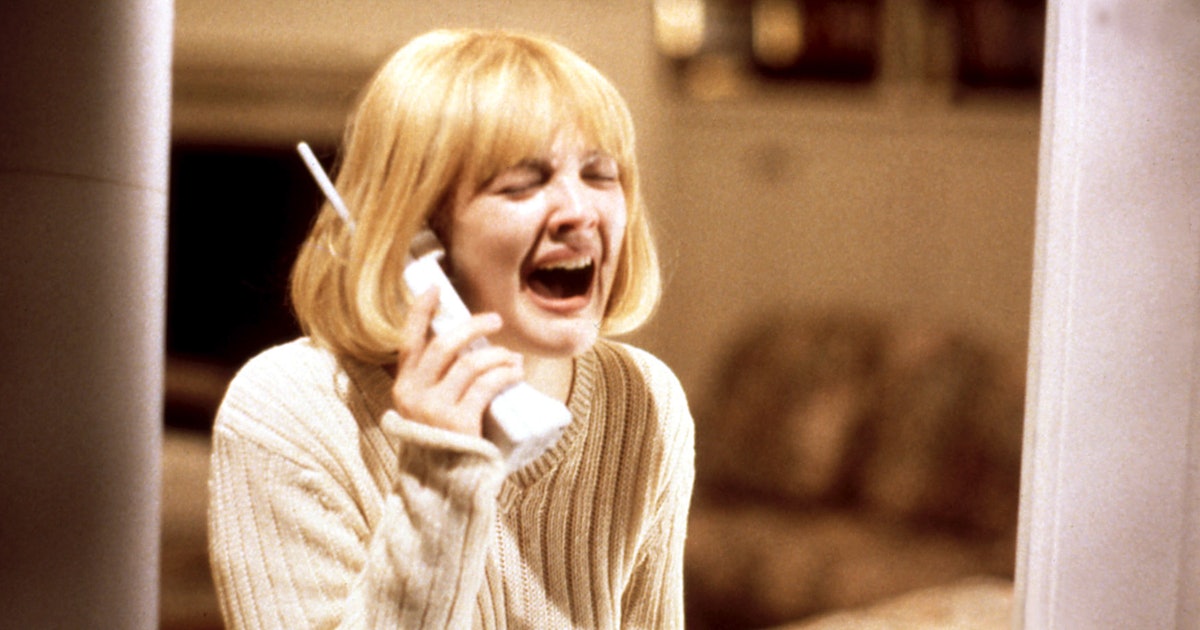 
Do you like scary movies? In the ’90s, moviegoers answered Ghostface’s iconic question with a resounding yes. The decade was absolutely packed with landmark horror movies, including The Blair Witch Project, The Craft, and The Sixth Sense. But even the not-so-great ’90s horror movies make for excellent spooky movie night options thanks to mesmerizing before-they-were-famous performances from the likes of Jennifer Aniston (Leprechaun), Joshua Jackson (Urban Legend), and Jennifer Lopez (Anaconda). If you’ve got a horror-loving teen in the house, it’s high time you introduce them to the golden age of scary movies.

After all, for many viewers, the best thing about ’90s horror movies is the way they transport you right back to giggly slumber parties and sneaky theater outings to see Brad Pitt and Tom Cruise in the R-rated Interview with the Vampire. Horror movies were as much a part of ’90s culture as scrunchies and Tamagotchis — and watching your favorite one will take you right back to lazy Saturday nights spent staying up late with the VHS rental you promised your parents you wouldn’t get nightmares from watching (spoiler alert: you definitely got nightmares).

But while you can’t go wrong with nostalgic favorites, there are plenty of underrated ’90s horror films (not to mention so-bad-they’re-good scary movies) that deserve some love, too. From ’90s Halloween queen Christina Ricci’s gothic wonderland that is The Addams Family — absolutely worth rewatching ahead of Netflix’s new Wednesday series — to the highbrow scares of The Silence of the Lambs, this list of throwback horror movies has something for everyone… no matter how high or low your scare tolerance is.

Technically, It was a two-part TV miniseries that aired on ABC, but the truly frightening adaptation of Stephen King’s classic novel still qualifies as a seminal ‘90s horror movie. Tim Curry’s maniacal portrayal of the demonic clown Pennywise scarred an entire generation. That alone earns this miniseries a sneaky spot on the list of must-see ‘90s scary movies.

Directed by Wes Craven and written by Dawson’s Creek series creator Kevin Williamson, Scream was the first self-aware slasher movie, and it gave the entire horror genre a much-needed jolt of energy. Thanks to Ghostface and modern final girl Sidney Prescott (Neve Campbell), all the horror movie rules were laid bare for savvy viewers and then rewritten right before their eyes. Five movies later, the franchise’s first installment remains its best.

Found footage horror movies are a genre unto themselves now, but in 1999, The Blair Witch Project ushered in the craze with so much shaky camera work it’s no wonder some people thought it was a real documentary. Thankfully, the wild urban legend about a group of student filmmakers who go in search of a legendary wood witch and never return is fully fictional. That doesn’t make it any less creepy, though.

Precious few horror movies are as genuinely fun as Tremors. A charming Kevin Bacon anchors a terrific cast of supporting characters as a small desert town becomes plagued by giant underground worms. Future installments delved into the origin of the monsters, but they lacked the winning combination of laughs and scares that make the original such an enduring horror comedy classic.

The American remake, The Ring, came out in 2002, but the 1998 Japanese original is far scarier. While the setup — a cursed VHS tape unleashes a vengeful spirit on unsuspecting viewers — is the same, the eerie atmosphere is unparalleled.

Even More ‘90s Horror Films For Your Next Scary Movie Night