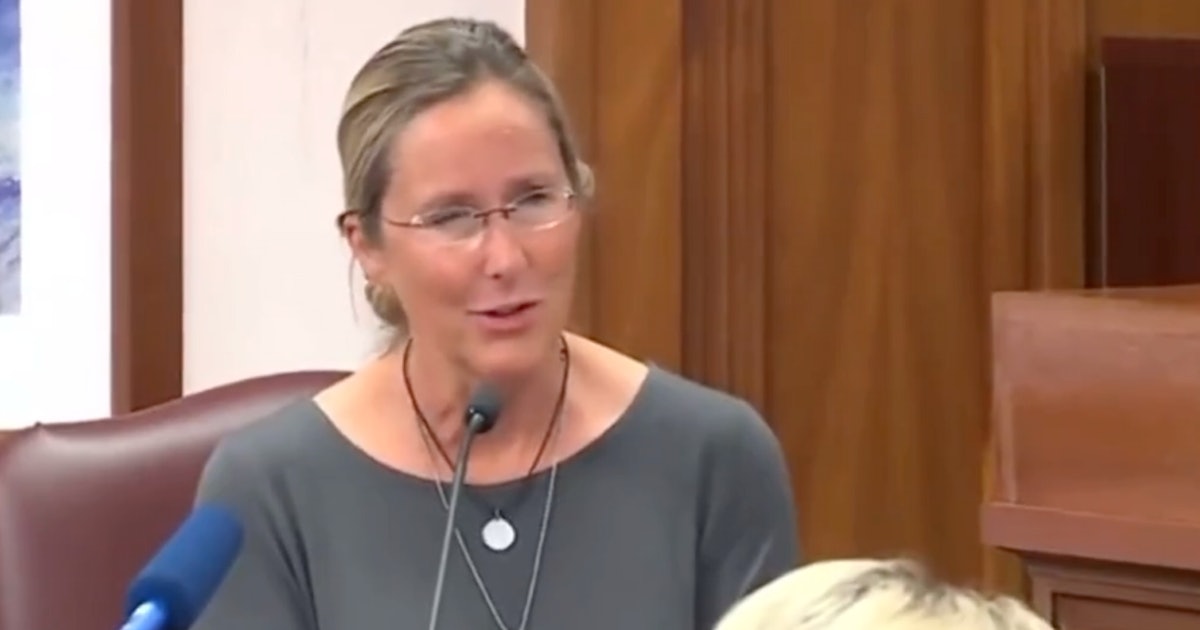 
Don’t mess with a mama bear. Conspiracy theorist and far-right radio show host Alex Jones has been in the news during his latest defamation trial regarding the 2012 Sandy Hook school shooting. Yet the most powerful and important moment of the trial was absolutely when the mother of one of the shooting’s victims took the stand and spoke up.

Scarlett Lewis, the mother of six-year-old shooting victim Jesse Lewis, is suing Jones for his constant, public insistence that Sandy Hook never happened — and yesterday, the jury handed down an order for Jones to pay $4 million in damages to Lewis and one other parent.

While others testified to the courtroom and the judge, Lewis addressed Jones directly — and what she had to say, in the measured, calm, and deliberate mom tone that so many are familiar with, quickly went viral.

“I wanted to tell you to your face. I am a mother, first and foremost, and I know you’re a father. And my son existed,” she said. “You’re still on your show today trying to say that, implying, that I’m an actress, that I’m deep state. You have, this week. And I don’t understand.”

When a mom says, “I don’t understand” when she obviously does understand, you are in very deep trouble.

“Truth — truth is so vital to our world. Truth is what we base our reality on and we have to agree on that to have a civil society,” she continued. “Sandy Hook is a hard truth.”

To be so calm, collected, and articulate at such a moment is amazing in itself. But to deliver a message about truth understanding that so many people desperately need to hear right now is next level.

The Sandy Hook school massacre left 20 elementary students and 6 staff members dead. In its wake, Jones allegedly profited for years off of his radio show by insisting that the event was a “giant hoax” perpetrated by those who wanted gun control — and that the kids that died never existed.

Even throughout the defamation trials that have followed, and insistent pleading from the parents of the victims, Jones has not stopped his actions outside of the courtroom.

“There has not been a sincere apology,” Lewis said in another part of her testimony. “But if there was, ever, I liken it to being in a car accident and you run over someone and cause tremendous bodily damage and you look at that person lying on the ground and say, ‘I’m so sorry, I’m so sorry, I’m not accountable for any of the damage I just caused. But I’m sorry.’ That’s how I see it.”

“It seems so incredible to me that we have to do this,” Lewis told Jones. “That we have to implore you — not just implore you, punish you — to get you to stop lying… It is surreal what is going on in here.”

Lewis has become an activist in the decade since her son’s death. Her Choose Love non-profit has the mission of giving educators the tools to teach subjects like growth mindset and mindfulness to kids in an effort to stop school shooters from ever developing in the first place.

You can watch Scarlett Lewis’ full testimony below.