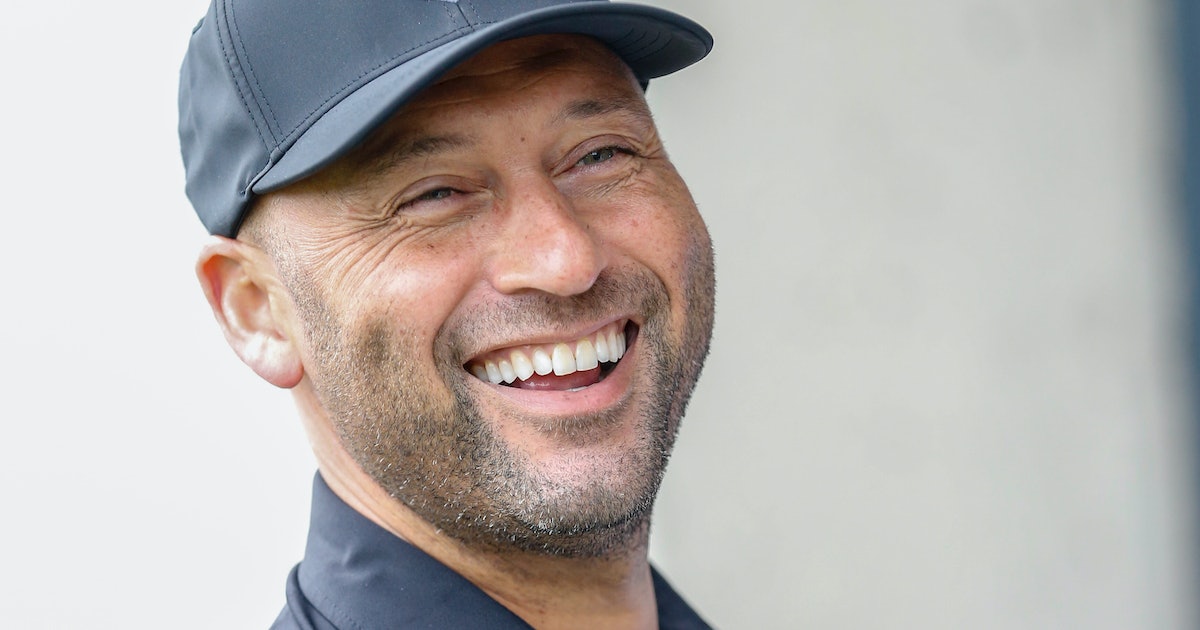 
Derek Jeter’s current world is very different than his baseball days. The former New York Yankee is now a dad to three young daughters, and getting his nails done is apparently a weekly treat!

The 48-year-old former MLB shortstop, who was inducted into the National Baseball Hall of Fame and Museum last year, shared an adorable photo on Thursday of himself and his daughters with wife Hannah Jeter— River Rose, 8 months, Story Grey, 3, and Bella Raine, nearly 5.

In the picture, Story and Bella each paint one of his hands as Jeter gives a terrified look to the camera.

Jeter, whose storied career is currently the subject of the new ESPN docuseries The Captain, lives a lovely life at home in Miami these days with his partner and children — taking them from school to tennis lessons and dance class. As his Instagram bio reads, he’s a “sleep-deprived father to three amazing girls.”

“I’m getting my nails painted and makeup on my face, dresses. So there’s a whole other side to me,” he told Extra, adding that his daughters don’t really know much about his baseball past.

“They know that I played for the Yankees. They see me on TV. They recognize me, especially during this documentary. But other than that, they have no idea and I like it that way,” he said.

Jeter retired in 2014 — and then quickly got engaged, got married, and had his first child three years later.

Jeter said that although he was “selfish” during his time on the Yankees, he always respected his teammates who were able to balance work and fatherhood. Now, he embraces every morsel of being a dad to three children under 5.

“It was all about me and my career and I just wasn’t able to do it, but now it’s the greatest blessing I’ve ever had,” he told Extra of fatherhood. “You know, coming home and, they could care less how your day went… Most days, they’re happy to see you… It’s just been a wonderful experience.”