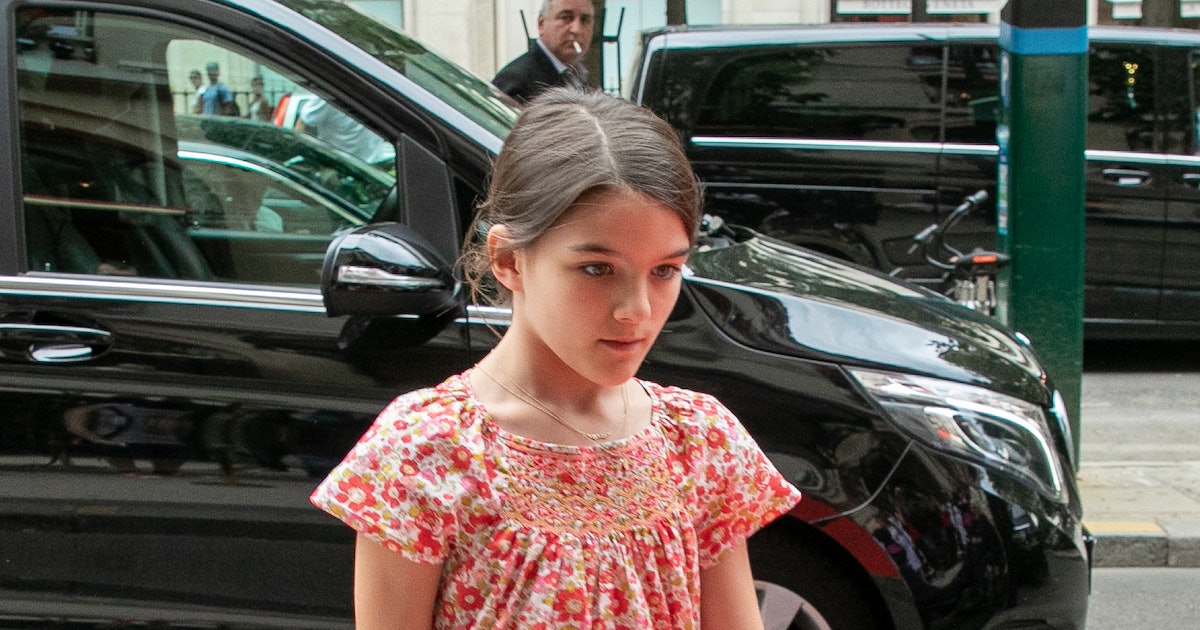 
As Katie Holmes makes the rounds for her latest film, Alone Together, she’s revealed a delightful Easter egg: her daughter Suri, 16, will make a small singing cameo in the film.

Holmes, who is producing, directing, and starring in the film, also put her daughter to work for the project. At her mom’s request, the teenager will be singing a cover of “Blue Moon” during the movie’s opening credits.

And Holmes, as director, asked for her to do it.

“I always want the highest level of talent, So I asked her! She’s very, very talented. She said she would do it, and she recorded it, and I let her do her thing. That’s the way I direct in general: It’s like, ‘This is what I think we all want — go do your thing,’” Katie gushed to Yahoo! Entertainment.

When asked if audiences would see more of Suri’s singing, she shared that this wasn’t her first time in the studio.

“She actually did sing in Rare Objects, which is the film we did last fall,” she shared.

But while she’s been in the studio with these small projects, Suri won’t be putting out her own album anytime soon.

“Other than that, she’s a 16-year-old kid doing high school,” Holmes explained of her daughter in the interview.

Suri has been notoriously camouflaged from Hollywood, with very few appearances aside from sidewalk paparazzi shots, so it comes as no surprise that the Holmes/Cruise family kept her latest endeavor hush-hush.

Holmes also explained the special significance of the 1934 song, saying that she drew a lot of inspiration from the 1987 film Baby Boom, starring Diane Keaton. Being a huge fan of Keaton’s work in general, she mentioned that Diane also covered the classic in her film, And So It Goes, in 2014, and that Suri met the actress herself when she was just a year old.

Katie chatted alongside her co-star, Jim Sturgess, who had nothing but good things to say about her directing, saying, “She gives you this incredible space between action and cut. She very rarely shouted, ‘Cut!’ actually! You’d think the scene had ended, and she just kind of left it hanging. I love that she was always searching for those little nuggets of authenticity.”

Maybe the world will see real-time photos of Suri when she’s a legal adult in a few years. But for now, stale photos of 11-year-old Suri — and hearing her singing voice — will do. Props to Holmes for protecting her daughter’s privacy and childhood while also letting her shine.