Yes, You Should Be Talking About Race With Your Young Children — Here’s How 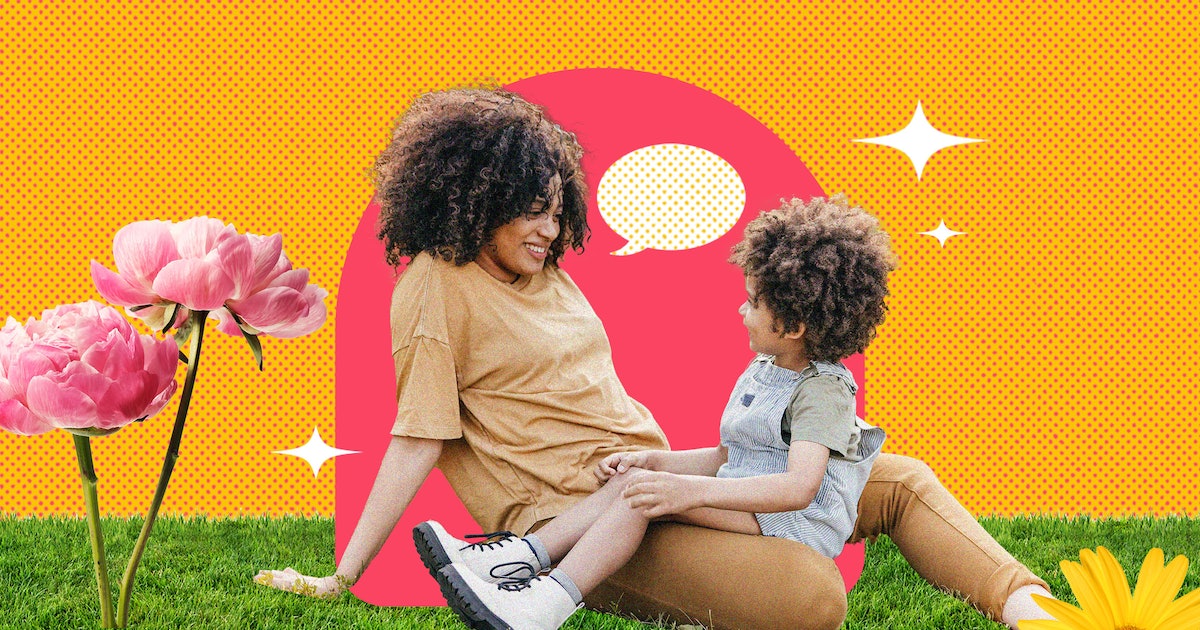 
As the mother of a young Afro-Latina preschooler, all I want to do is raise my daughter to be a productive member of society who leaves people better off than she met them. But as a Black woman, I know that people will have preconceived ideas about her based on her skin tone, hair type, and even her last name.

As a result, I have no choice but to have lots of conversations about race with my daughter. And it’s tricky because both my husband (who is Puerto Rican) and I have had some different experiences. Toss in the intersectionality of class and privilege that exists beyond race and gender, and raising this important subject in a way that makes our little girl feel unequivocally proud of her identity can get, well, hairy.

But as tough as these conversations can be, we need to have them. It’s the lack of willingness to address problematic viewpoints that perpetuate our society’s struggle with these issues. And it’s up to all of us, not just those most likely to be marginalized, to put on our big-people pants, and do the sometimes-uncomfortable work of unpacking biases before they corrupt our children and play out in yet another generation.

Here are 5 things to keep in mind when discussing race with your kids.

1. Get Comfortable With Discomfort

Talking about race is messy work. None of us wants to tell a small child that people may make assumptions simply because of someone’s skin color.

But we have to let our children know — in kid-friendly terms, of course — that others’ preconceptions aren’t a reflection of our child’s capabilities or character. And just as important, all parents need to remind children that what makes us different makes us stronger, and that being different doesn’t make someone inherently bad, untrustworthy, or to be avoided.

I grew up in a predominantly white community, and the bulk of my schooling — in which I was almost entirely in accelerated courses — happened in predominantly white spaces. In short, I got used to being the only. It was an awkward space to exist in because I realized that I (albeit unfairly) become the spokesperson for my entire cultural group.

As an adult, I purposely seek out diverse spaces for myself and my daughter. She sees diversity every day at home given the obvious visual differences between her mom and dad. But also I want to ensure that she is around different cultures outside the home, and I’m thankful that her preschool is incredibly diverse, from the faculty to the student body. I also ensure that her toys, books, and even the programming she watches aren’t white-washed or homogenous.

According to Rashelle Chase, the content architect for the education team at KinderCare, children can easily pick up on biases and stereotyping behavior before they even speak their first word. And by age two or three, they “are increasingly able to absorb some of the prevailing stereotypes that exist in society and show discomfort or even fear towards people with different skin color, language, or physical ability.” And research backs up this assertion, which means it’s never too early to start exposing your kids to how beautiful diversity can be.

3. Recognize That You Do See Color, And That’s OK

If there’s one trite comment I’d love to downvote in the comments section for any thread on race, it’s “I don’t see color.” This line may be meant to sound idealistic, but it comes off as an out-of-touch and racist oversimplification. It implies that the topic of race is so uncomfortable that the only way to muddle through is by pretending no one is any different from anyone else. It’s erasure, even if that’s not how it was intended.

Instead, know that the majority of BIPOC folks want you to see our differences. What we don’t want is for you to use those differences as an excuse to underpay, prevent us from moving into certain neighborhoods, or make our lives unpleasant. So, teach your children that it’s OK to recognize that their Little League teammate or next-door neighbor is a different race than they are, and don’t hesitate to correct them if that’s ever interpreted in a negative light.

4. Be Quick To Point Out Biases, Even In Yourself

Everyone has biases — this isn’t unique to the mainstream. And I can tell you that even within BIPOC communities, issues around colorism and curlism (a word I made up to tackle the obsession with specific curl patterns and textures) do exist and persist to our detriment.

None of us is perfect, but the goal is to teach our children by example to learn from their mistakes and do better. If you get called out for problematic language, othering, or lack of diversity in your friend group, check your defensiveness and figure out where that reaction came from. Model anti-racist behavior for your kids by addressing these biases head-on and taking the steps to do better.

Many folks simply haven’t had to discuss race in the past, which is a privilege in and of itself. But it can also mean there’s more of a barrier to talking about it now. Build a strong foundation by educating yourself on this nuanced, constantly evolving topic.

This doesn’t mean approaching BIPOC acquaintances and tasking them with explaining their views on race or answering your lengthy questions about their experience. This is demanding unpaid emotional labor that will definitely get you side-eyed, and more importantly, can be extremely taxing on those that have been dealing with these issues all of their lives. Unless you have a close, trusted relationship with someone and are confident you can pose these questions without putting them on the spot — just don’t.

Instead, know that there are so many amazing resources out there that can help parents of all races tackle tough topics in age-appropriate ways. Not sure where to start? Dr. Jennifer Harvey’s Raising Antiracist White Kids Course is a great jumping off point.