John Krasinski’s Daughters Thought He Was An Accountant, Until Now 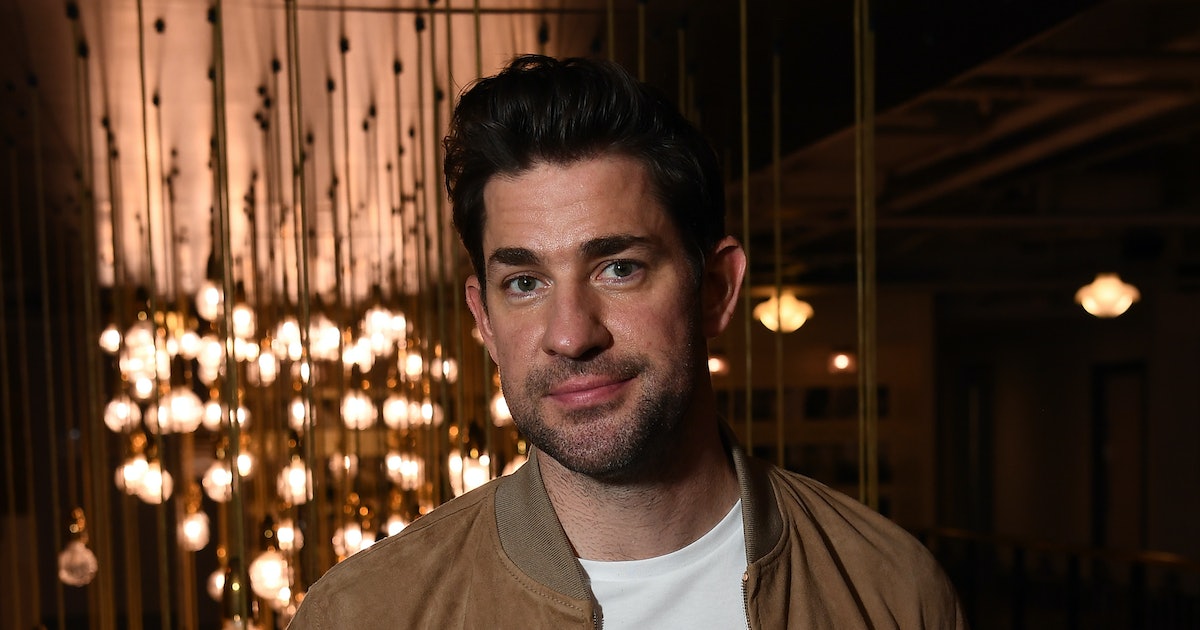 
Although he has more than 50 film credits under his belt, John Krasinski is just an accountant in his daughters’ eyes. (Perhaps his days on The Office skewed their minds.)

The actor and director appeared on The Tonight Show with Jimmy Fallon this week and said his children, Hazel, 8, and Violet, 6, have finally seen one of his movies. Until now, the girls apparently didn’t believe he was a Hollywood star.

“They loved it,” Krasinski, 42, said of his daughters’ reaction to his new animated film, DC League of Super-Pets. “They were laughing very, very hard. I think up until now they didn’t believe I actually was in the business, because they’ve never seen anything I’ve done.”

“A Quiet Place? Not yet. Jack Ryan, things like that? Nope. So they were like, ‘Wow! You’re not an accountant,” Krasinski joked.

Krasinski said he was thrilled to portray Superman until he realized the character’s dog was bigger than him. “And, somehow, more handsome,” he added of Krypto, “who’s played by Dwayne, The Rock, Johnson, by the way.”

Krasinski’s wife, Emily Blunt, also co-starred with Johnson recently in Disney’s Jungle Cruise, which was another one of their daughters’ favorites. Blunt told Kelly Ripa and Ryan Seacrest last year that Hazel and Violet kept asking to watch the trailer over, and over.

“This, interestingly, has been the only trailer that they have watched multiple times,” she told the Live! hosts. “They are usually disinterested in seeing me on screen, but they’re really into Jungle Cruise. They love the jaguar, they love DJ [Dwayne Johnson], they love the dynamic, they love the whole world.”

So, fact: if a movie features Dwayne Johnson, Hazel and Violet Krasinski will watch it.