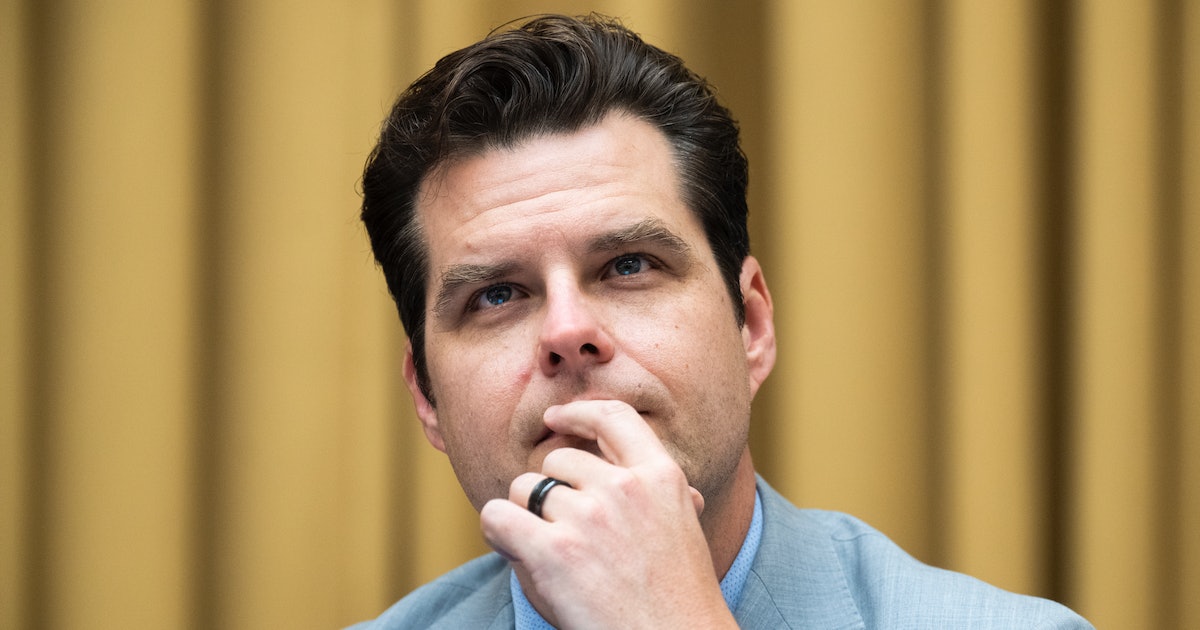 
All press is good press, right? Looks like a young activist benefitted from her attention surrounding an online altercation with Florida Representative Matt Gaetz, who she called out on Twitter for making out-of-this-world misogynistic comments at a conference recently.

In a speech to college students, the conservative politician peppered the audience with comments like, “Why is it that the women with the least likelihood of getting pregnant are the ones most worried about having abortions? Nobody wants to impregnate you if you look like a thumb.”

The discomfort is audible in the footage released from the speech, yet Gaetz continued, relatively unbothered, with statements like, “These people are odious, on the inside and out, they’re 5’2, 350 pounds.”

Olivia Julianna, a 19-year-old abortion rights activist who currently works for a group called Gen-Z For Change, rebutted his comments via Twitter, commenting, “It’s come to my attention that Matt Gaetz — alleged pedophile— has said that it’s always the “odious.. 5’2 350 pound” women that “nobody wants to impregnate” who rally for abortion. I’m actually 5/11. 6’4 in heels. I wear them so the small men like you are reminded of your place.”

Gaetz then posted a headshot photo of the teen, who is wearing a pro-choice shirt reading “Bans Off Our Bodies,” and edited it with the caption “Dander Raised.” This, of course, sparked in immense rage in the Twitter community, and many followers turned to Julia to pledge their support, to which this incredibly resourceful teen magically turned rotten lemons into the most delicious lemonade.

“In honor of Matt Gaetz publicly body shaming me, I’ll be fundraising for the @genzforchange abortion fund,” she tweeted Monday.

Julianna asked her followers to donate to a fundraiser under Gen-Z For Change, which supports abortion funds in all 50 states, had a goal of $500,000, and is now at $650,000 and climbing faster than I can update the article.

Julianna’s impressive efforts also caught the attention of news networks like MSNBC, where she went live with Joy-Ann Reid, gushing about the success of the fund, which at the time was around the 300k mark. She shared the interview on Twitter, writing, “I’m a 19-year-old queer Latina— and that’s why these politicians fear me. Matt Gaetz and other republicans are coming at organizers with these childish attacks because they know women across the country are mobilizing.”

Gaetz, who is currently under federal investigation regarding alleged sexual involvement with a 17-year-old girl, was one of the Republicans to vote against The Frederick Douglass Trafficking Victims Prevention and Protection Reauthorization Act of 2022, which would support victims and help battle the crime itself, and has also been openly supportive of the recent overturn of Roe v. Wade. He has a long history of… being a Republican from Florida.

When asked if having to be an activist at her age is burdensome, Julianna raved that the Gen Z population has “mobilized like no other,” and she’s right — this new generation is proving they are a force to be reckoned with.

‘Never Have I Ever’ Season 3 is here! If you want to add more shows…