Can You Get Pregnant With An IUD? Yep! A Fertility Specialist Explains 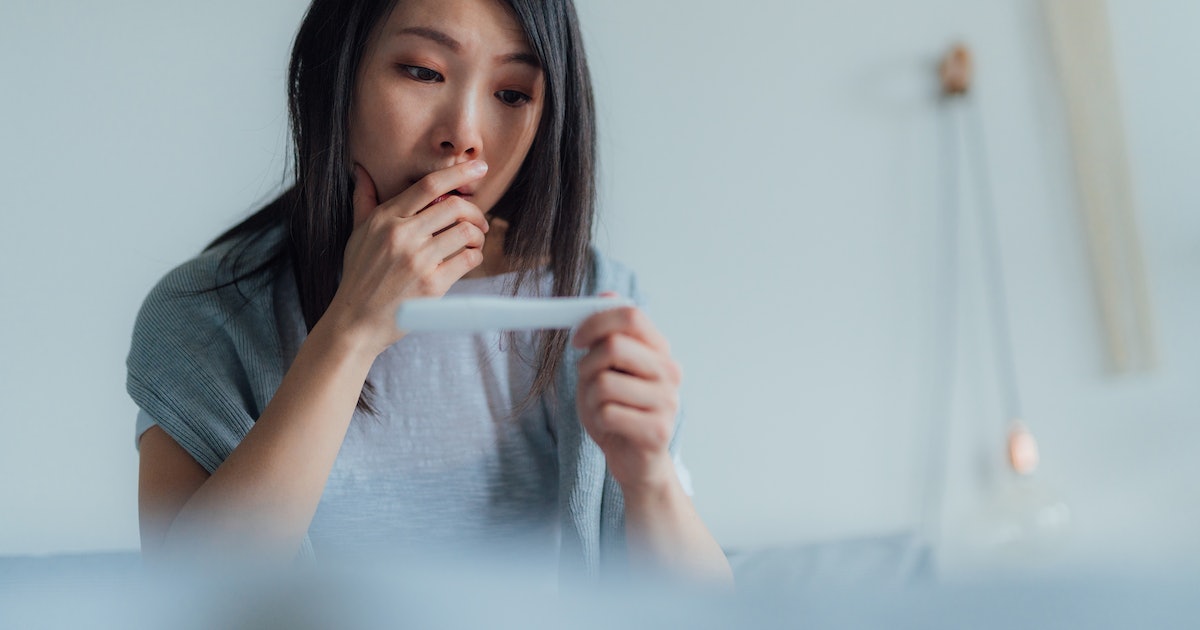 
Now that Roe v. Wade has been overturned, it’s understandable if you have plenty of questions about your reproductive options and care, especially if you’re trying to prevent pregnancy. While there are many solid birth control options on the block, plenty of patients love the IUD — a small, T-shaped plastic device that is inserted in the lining of the uterus by your doctor.

Not only are IUDs a great option for many patients (since they don’t require a daily pill or monthly shot or ring), but they’re also long-lasting, making them an ideal choice for people who want to prevent pregnancy for years to come. You can choose between the non-hormonal copper IUD or a hormone-based IUD, which can potentially provide shorter, lighter periods. IUDs also offer flexibility, as you can have it inserted at any point during your cycle (some like to do it immediately after giving birth). And then, you can simply have it removed at any time should you want to conceive or try another contraceptive method.

But like all birth control options, that low failure rate could lead to an unintentional pregnancy (however rare!), and in a post-Roe world, you want to be aware of all your options should you find yourself looking to terminate your pregnancy. So what happens if you have an IUD and think you could be pregnant?

Chances of Getting Pregnant With an IUD

For starters, you’ll want to take a deep breath before you take that pregnancy test. Like we said, the chances of pregnancy with an IUD are remarkably low — ICYDK, they work by blocking and/or damaging sperm, preventing fertilization, and they’re more than 99% effective at doing so. But pregnancy with an IUD can be potentially very risky, which is why you’ll want to make a little calendar note for when it’s time to have yours replaced or removed.

“IUDs may have different expiration dates, and it is important to check with the manufacturer and your provider,” says Brauer. “Most of the levonorgestrel-releasing IUDs last for 3-5 years, whereas the copper IUDs can last for up to 10 years. Of course, if you feel like something isn’t right, even before the expiration date, make sure to call your doctor.”

And while rare, there are things that can go wrong with an IUD, she says. “The most common reasons for failure are a shifted or poorly placed IUD (such as in the cervix, instead of the uterus, where it should sit), expulsion of an IUD, unidentified pregnancy at time of IUD placement, or an expired IUD.”

Dangers of an IUD Pregnancy

With any concerns at any time, Brauer advises calling your doctor, especially if you think you’re pregnant with an IUD in place. “The first step is to determine where the pregnancy is. If it’s an ectopic pregnancy (i.e., a pregnancy outside of the uterus, such as the fallopian tube), management is the same, with medical and surgical options regardless of the IUD. If the pregnancy is confirmed to be a viable intrauterine pregnancy, management depends on whether or not the pregnancy is desired.”

Signs of Pregnancy With an IUD

If you become pregnant with an IUD, you might experience some typical pregnancy symptoms, such as nausea, fatigue, cravings, mood changes, tender breasts, and a missed period. According to the American College of Obstetricians and Gynecologists, symptoms of an ectopic pregnancy may include abnormal vaginal bleeding, low back pain, mid pain in the abdomen or pelvis, and mild cramping on one side of the pelvis.

If you do turn up pregnant, your doctor will need to determine the safest path going forward for you. “If an IUD is left in place, there are studies that show an increased risk of miscarriage, preterm delivery, and infection during and after labor,” says Brauer. “If an IUD can be removed easily, it may be best to remove it; however, this also may increase the risk of miscarriage. Risks and benefits of each should be discussed with your doctor.”