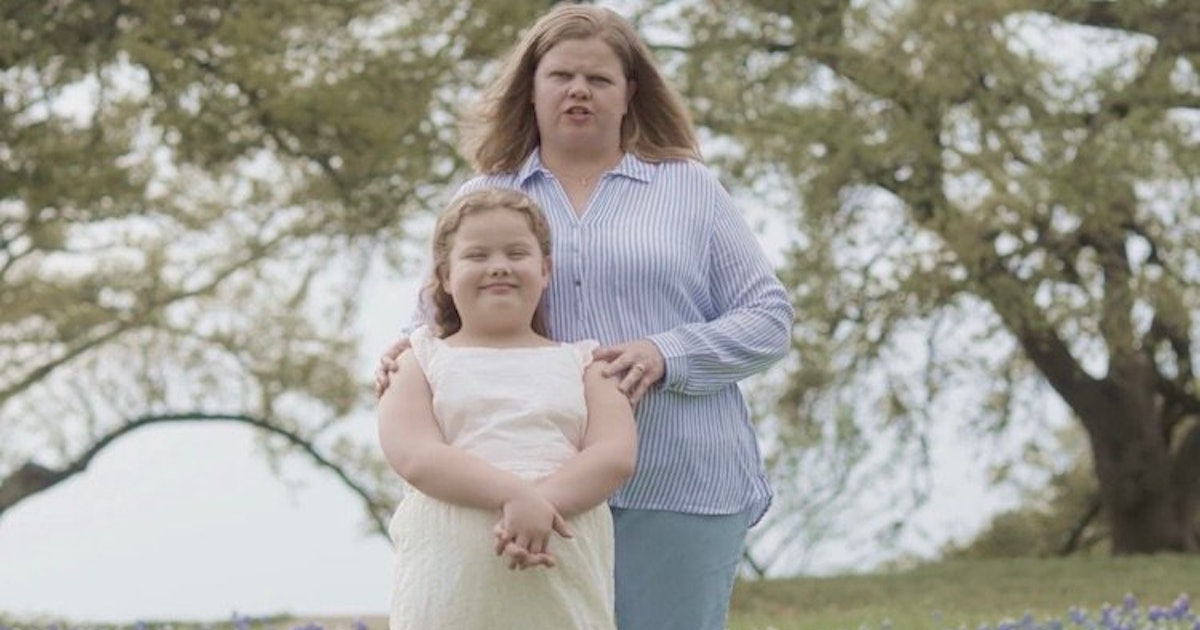 
This group of Texas mothers isn’t playing around when it comes to fighting for their families this election season. Mothers Against Greg Abbott, a new political action committee (PAC) formed by Texans across the political spectrum, shared a powerful video saying that they are ready to fight and oust the incumbent governor, who has repeatedly failed his constituents in times of crisis — especially moms and kids.

“They say nothing changes in Texas politics… until it does,” says one mother pushing her child on a tire swing at the beginning of the ad. Various Texas mothers then cite the reasons why the status quo needs to change, STAT.

“‘Til the Texas power grid failed and our families froze without water and electricity,” says one mother unloading groceries, referencing the February 2021 winter storm that left 4.3 million Texans without power for days.

“Until white Texas politicians removed our history from the classroom,” says a Black teacher erasing a chalkboard talking about the 1921 Tulsa race massacre in neighboring state Oklahoma.

“‘Til they made it legal to buy a gun without a permit and openly carry it,” says a mom on a ranch.

“‘Til Texas politicians put a $10,000 bounty on anyone who helped a woman get an abortion,” adds another mom in her office. In September 2021, Texas passed SB8, which prohibits abortions after the six-week mark of pregnancy.

Listing all of the protections that have been stripped away from Texans in such a blunt, rapid fashion has clearly struck a national nerve, as the video has garnered over 2.9 million views on Twitter alone since it was released on July 15.

“Mothers across Texas are so mad at Greg Abbott and the GOP’s policies, that every single time he opens up his mouth, he alienates a new group of parents,” Nancy Thompson, the founder of the PAC, told Newsweek. “What is happening right now in Texas isn’t even Republican … it’s the extremes of the party. They’re trying to totally gain control over our personal rights and freedoms and the safety that we need in Texas for our families to be able to thrive.”

The group, which says it’s made up of Democrats, Independents, and Moderate Republicans, has endorsed Abbott’s challenger, Democrat Beto O’Rourke. “He cares about the lives of all Texans, and that includes Republicans. We are trying to vote in people who have good moral compasses … We think that he is going to continue to fight for every single Texan,” Thompson said.

Let’s all get on Mothers Against Greg Abbott’s level.