Alicia Silverstone Reveals She ‘Still’ Sleeps With Her 11-Year-Old 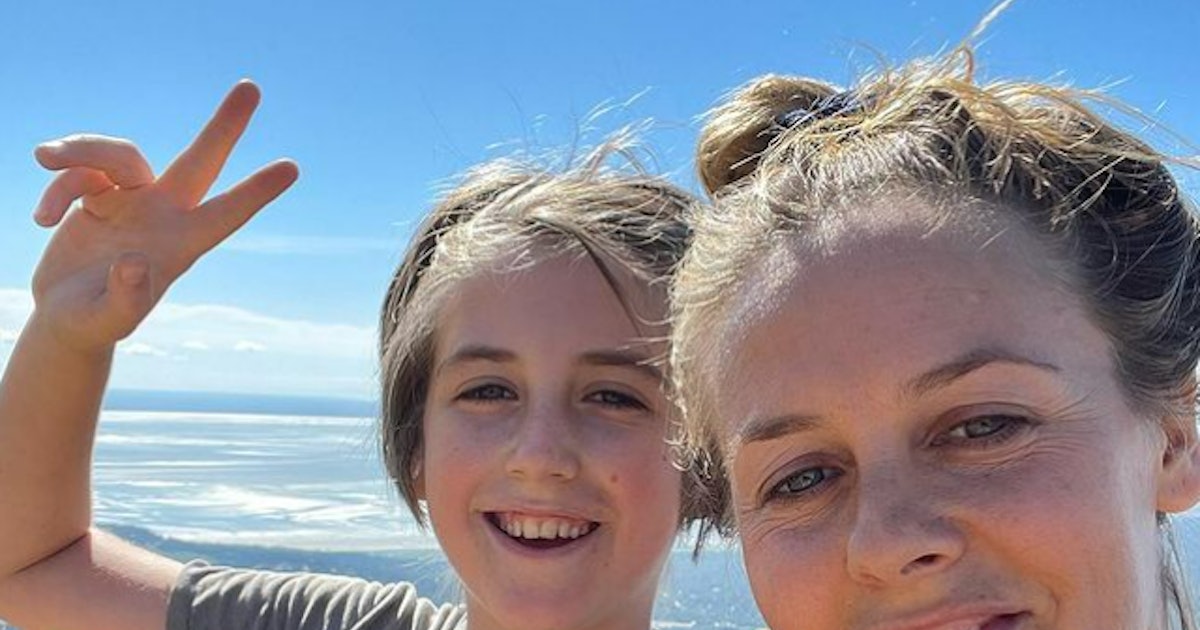 
Alicia Silverstone admits she is still co-sleeping with her preteen, Bear, and she wants all the mom-shamers to keep their opinions to themselves and get over it!

The Clueless actress appeared on The Ellen Fisher Podcast’s latest episode, and the actor and mom had something to get off her chest — she’s over being shamed for parenting her 11-year-old, whom she shares with ex-husband Christopher Jarecki, on her own terms.

“I’m a natural mama, and I’m a loving mama. I believe in love, I believe in nature, and our society is scared of nature and love,” she said.

In Ellen’s intro, she describes Alicia as some who “is happy for people to think what they want about how she’s raising her child, even if it raises eyebrows because her alternative parenting techniques work for her family. Which included co-sleeping, elimination communication, her son Bear’s long hair, teaching him to question everything he’s told, raising him vegan, and not punishing him.”

When asked about her choices to breastfeed and co-sleep, she shared, “The things I’m doing I’m not inventing. I didn’t invent any of it. It’s just me following nature.”

“Bear and I still sleep together. If you were in any kind of wild setting where there are animals if you put your baby over there, your baby is going to get eaten, so it’s not ideal for your baby to be over there.”

Ellen responded that she felt the same emotions when she also decided to cosleep, saying ‘“Well, if I were sleeping outside in a tent, I wouldn’t put him in a separate tent.”

Silverstone added that she knew she’d hear from mom-shamers for sharing the information, but that she didn’t care.

This is far from the first time Silverstone has been under the microscope for her parenting choices. In the past, she’s heard from critics for chewing food for Bear, potty training as an infant, and letting her son have long hair.

Silverstone, 45, also shared that she was careful with Bear’s diet when he was little, waiting to introduce sugar and other processed foods, saying he was very “macrobiotic,” and now that he’s older, its “all bets off,” and joked that he is currently obsessed with the chip brand Takis. However, she feels her decisions created a healthy foundation for Bear, so he can tell the difference now that he is exploring food independently.

When asked why she chose the “attachment parenting” style, she explained, “Every choice I make is either based on instinct or deep research.” She explained that contrary to popular belief, this parenting style actually provides enough safety and security at the earlier stages, so children are not dependent when they are older, and this information resonated most with her.

“I just think it’s delicious. I think being a mom is the most precious, most unbelievable experience in this world, and it’s not for everyone, and anyone who doesn’t want to do it shouldn’t do it, but for me, it’s so divine, and I wanted to savor every moment of his life,” she gushed.

Based on the smiles on both Alicia and Bear’s faces, they are living their best life, and that’s all that matters, isn’t it?

Allyson Felix, the most decorated track and field athlete in Olympic history, was recovering from…

Ep. #948: Steve Hall on How to Program Effective Specialization Routines