I Don’t Make My Kids Do Summer Work Packets. Here’s Why. 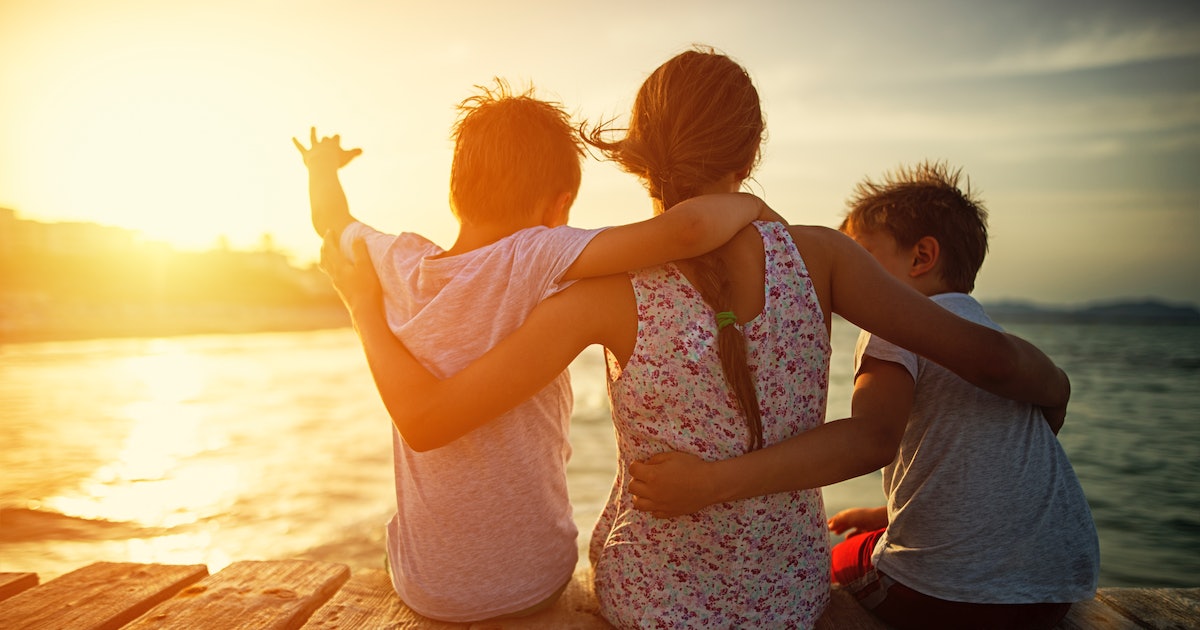 
I’ll never forget the magical feeling of getting off the bus on the last day of school and knowing I had the entire summer ahead of me to play with friends, swim at the lake, and lie outside on the tire swing and watch the fireflies. Growing up in the ’80s and ’90s meant summer was summer and there were no assignments to take along with you.

Things changed by the time my oldest entered school. I remember the dread I felt when I emptied out his backpack on the last day of school, finding a fat packet for math, a reading list, and a log, since he was expected to read for twenty minutes a day, five days a week. The worst part was that I had to manage it all and sign off. While having two toddlers at home.

We suffered through that first summer. And then the second. And when my younger kids started school, there were three of those fat math packets and even more reading. I felt like I was going to lose my mind. Halfway into July, I let the ball drop and we only did school work once a week.

Finally, I gave it the middle finger completely and decided I was doing more harm than good.

I wanted my kids to have an actual break and, honestly, I wanted a break too. It was so nice everything else had slowed down. Being a mother with kids in school and keeping up on all their activities and making sure they get their homework done during the school year is enough. I didn’t want to worry about getting reading in when we were on vacation or friends asked us to go to the beach for the day. The chore of getting my kids not to slide during their few precious months off was making me slide. My patience was worn so thin that the thought of making my kiddos sit at the table and do math when they wanted to collect worms and make mud pies turned my stomach.

Getting it done in the morning never worked. They were hungry. They had to poop. They would fight. I’d have to poop. I’d like to take a shower. They’d want to watch the Disney channel. They wanted to explore my Tupperware drawer.

Trying to get them to calm down after a day at the beach or playing with friends was impossible, too. Many times they were too tired and grumpy to concentrate and put up a fight. I never quite figured out how to force my kids to read and do math — nor did I want to try very hard, because that meant I’d have nothing left for the rest of the day.

When I finally stopped making them do schoolwork during the summer, I had a 9, 7, and 6 year old. There was just no way I could do it. There was a big part of me that was ashamed to admit that. Other mom friends didn’t seem to have a problem getting their kids to do most of the work, and I felt like I was doing something wrong as a mother. I wasn’t, though.

The truth is my kids don’t like school. They aren’t drawn to books like I was as a kid and I started to realize a real summer break served them better than forcing work down their throat every day. Sure, it was just a little bit of work compared to what’s expected of kids during the school year, and if they’d done it without much of a fight, of course I could have been on board.

But after not doing any school work it seemed like they were more refreshed and excited to start a new year. They enjoyed organizing their backpacks and seemed a lot more willing to do their homework when they got home because they’d had a respite from it all.

I’m sure they did slide during the summer but if you ask me, their years of having the summer completely off go by so fast and kids deserve to enjoy that as much as possible. If that means ignoring homework over the summer, I say go with it.

Katie Bingham-Smith is a full-time freelance writer living in Maine with her three teens and two ducks. When she’s not writing she’s probably spending too much money online and drinking Coke Zero.