Jhené Aiko Is Glowing In Her Stunning Maternity Photos, Literally 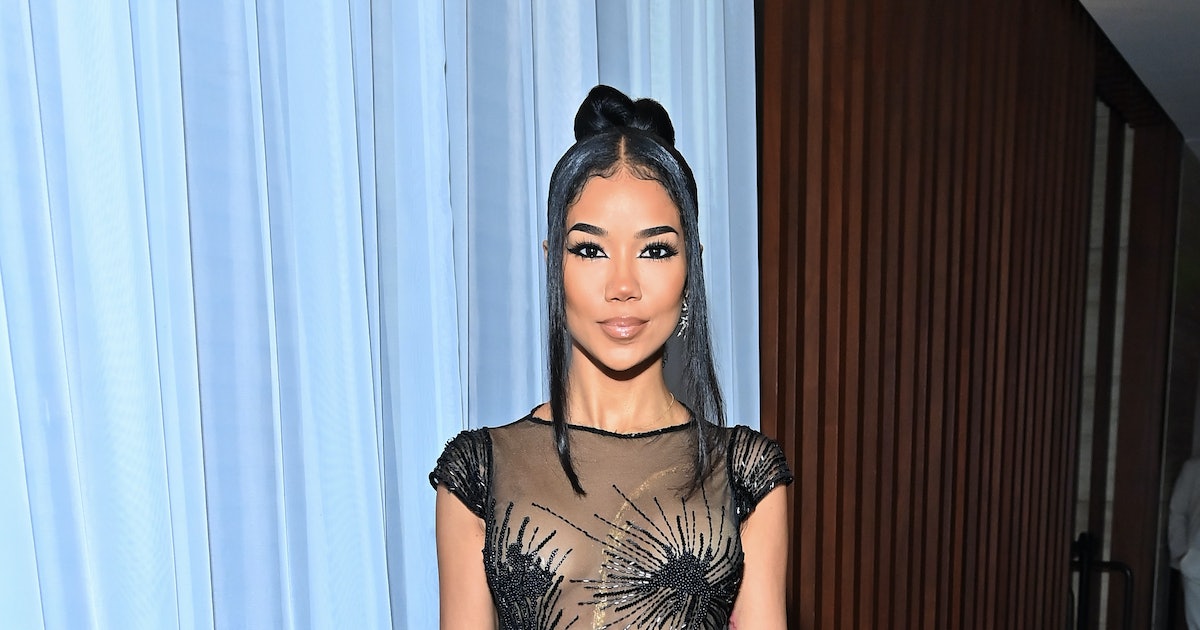 
Hollywood’s favorite R&B couple, Jhene Aiko and Big Sean, recently announced their pregnancy early last month, and now the internet was blessed with an out-of-this-world maternity photoshoot — and that’s not a figure of speech.

Aiko recently posted a belly shot with a whimsical space theme on her Insta, and it’s giving Fern-Gully-in-another-dimension vibes.

The “Wrap Me Up” singer shared a picture of herself nude while cradling her bump, with added special effects that give glowing gold skin and what appears to be a background of deep space, with glimmers of light. She simply captioned it with a comet emoji.

You can see the maternity photo HERE.

It’s hard not to love this original, artsy take.

Aiko is known for her play on astral imagery, with other tributes to astrology and spiritual influences in her music and videos, such as “Water Sign,” with musician August 08, which was released last month.

Aiko shares a daughter, Namiko Love, 13, with ex-boyfriend O’Ryan, and this will be Sean’s first child. The couple, who have been on and off since 2016, have tried to expand their family before and have shared the unfortunate news that they miscarried in 2020. The event was shared in Big Sean’s song, “Deep Reverence,” where he stated in his lyrics, “Probably why this sh— with me get crazy and we lost a baby.”

Big Sean has also referenced Aiko’s love of space and the supernatural. On her birthday in March he shared a carousel of pictures of his partner and wrote, “Happy Birthday to my best friend, my love, the most authentic, talented, healing, Creative, angelic person/Alien I know! Im lucky to have you in my life and to be apart of yours, let’s change the world even more!”

The pair confirmed the pregnancy with PEOPLE, with a rep sharing, “The couple is overjoyed and looks forward to this next chapter.”

Looks like this rainbow baby has been a long-awaited new addition, and these star goddess-inspired photos are the perfect way to honor the happy news.