Toys ‘R’ Us Is Coming Back! 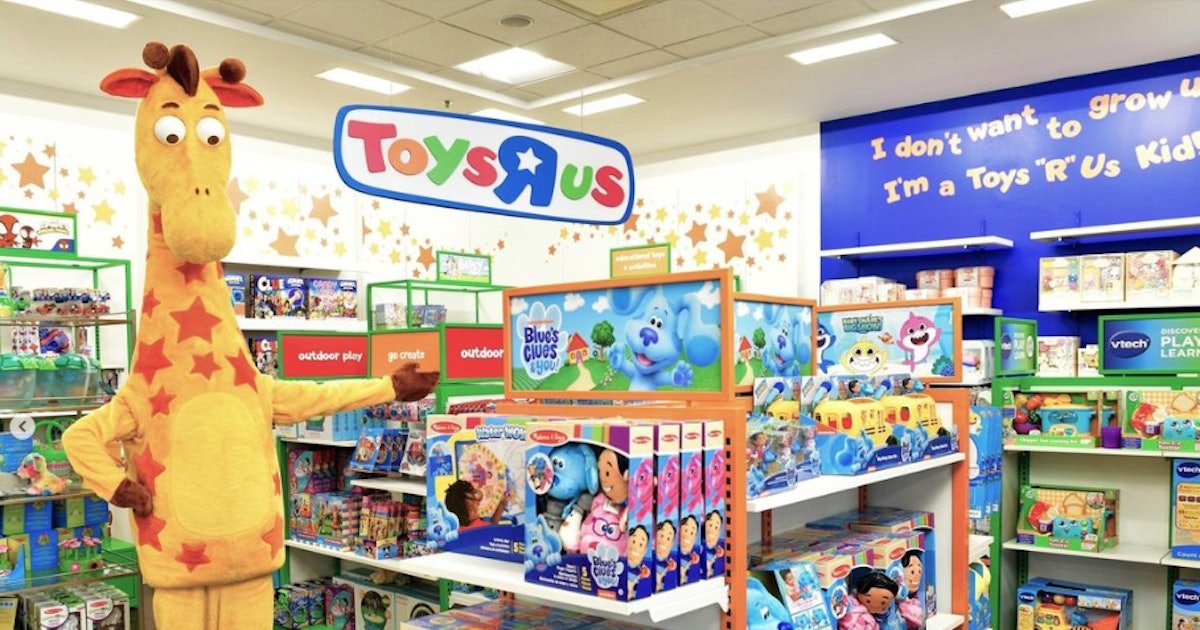 
There really was nothing like taking a special trip to Toys “R” Us as a kid growing up in the ‘80s or ‘90s. Starting on July 15, the once-shuttered toy store is making its comeback in over 400 locations, giving millennial parents the opportunity to recapture the magic of their childhood with their own kids.

The iconic toy store went bankrupt in 2018 and shuttered its physical stores, and the brand had several failed relaunches with other companies. But in 2021, Macy’s partnered with Toys “R” Us and started selling its products online. Now, Macy’s is launching Toys “R” Us stores within its department stores, much like the iconic department store already does with Sephora.

“The Toys “R” Us experience you know and love is coming back to Macy’s … and sooner than you think! Some locations are opening this month, but by mid-October, every Macy’s in the U.S. will have its own Toys “R” Us … just in time for the holidays!‌” reads the official announcement on the Toys “R” Us website.

Not all of the new Toys “R” Us locations are as large as the nostalgic block stores of yesteryear — but some might be even bigger. According to CNN, the toy stores are set to range in size from 1,000 square feet in smaller Macy’s and up to 10,000 square feet for flagship stores, like in Chicago, Houston, Los Angeles, Miami, and New York, to name a few. The stores will also have features like demonstration tables for the holiday season’s hottest toys and even photo opps with Geoffrey the Giraffe.

All of the stores are set to be opened by October 15, 2022. From then until October 23, Macy’s will be hosting 9 days of in-store special events to celebrate the brand’s return, including “family friendly activities and giveaways from brands like Barbie, LEGO, and more.”

Here’s hoping that the brand decides to start sending out catalogues again for the full Toys “R” Us experience. After all, I don’t want to grow up, I’m a Toys “R” Us kid!