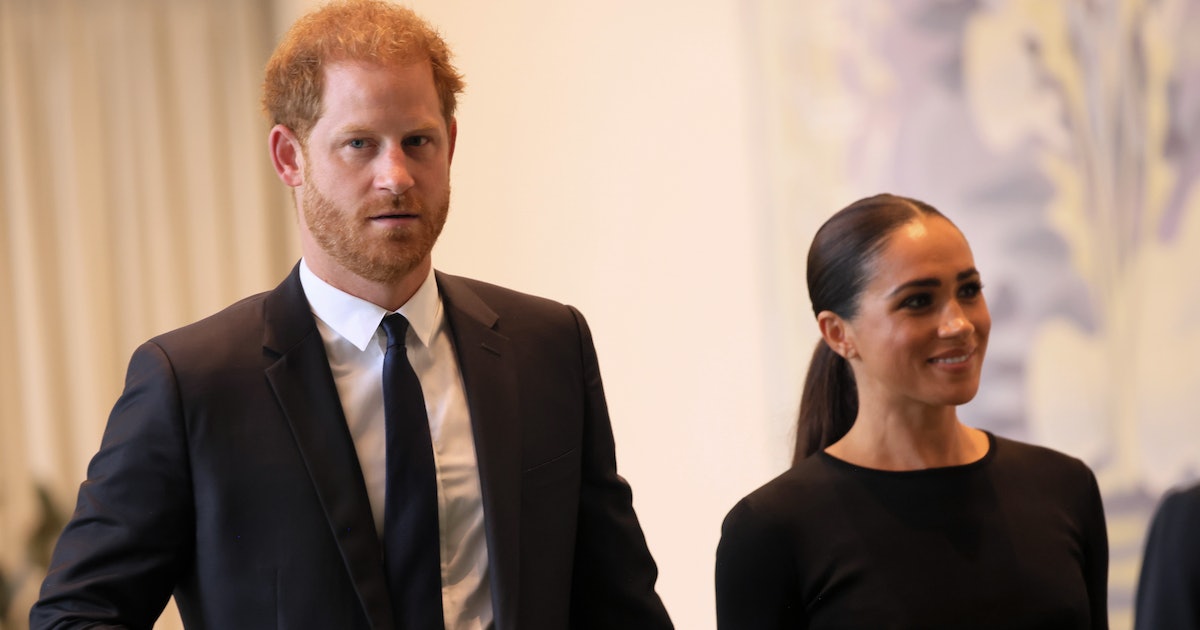 
When do you know that your partner is actually the one for you? According to Prince Harry, it’s when you bring them to your favorite place in the world, and the trip is magical.

The 37-year-old royal addressed the United Nations in New York City on Monday in honor of Nelson Mandela Day, and his speech covered how Mandela’s home continent of Africa has colored so much of his life and his life’s work.

In addition, it has been an important place in relation to the two most important women in his life: his mom, Princess Diana, and his wife, Megan Markle.

In fact, he didn’t know that Megan was his one and only until the two traveled to Botswana in 2016, at the very beginning of their courtship.

“For most of my life, it has been my lifeline, a place where I found peace and healing time and time again,” Prince Harry said during the UN speech. “It’s where I felt closest to my mother and sought solace after she died, and where I knew I had found a soulmate in my wife.”

He’s spoken of that specific trip before, though without mentioning that it was the specific time that he knew Megan was for him.

“I managed to persuade her to come and join me in Botswana,” he said during an Earth Day speech last year. “We camped out with each other under the stars. She came and joined me for five days out there, which was absolutely fantastic. So then we were really by ourselves, which was crucial to me to make sure that we had a chance to know each other.”

Markle traveled with Prince Harry to the event on Monday, and they held hands as they entered the building. Markle wore a pinky ring signifying women’s empowerment.

Harry made his first trip to Africa at just 13 and has a long record of visiting the continent for both business and pleasure. He’s been involved in humanitarian efforts concerning land conservation and endangered animals — and he and Meghan met and worked with Mandela’s relatives in 2019.

In his speech, he explained that it’s not just Megan that ties his heart to Africa. It’s his late mom, too. He shared that he still has a picture on his wall of Princess Diana and Nelson Mandela together in 1997 and that it touches him every day.

“When I first looked at the photo, straight away what jumped out is the joy on my mother’s face. The playfulness — cheekiness, even,” Harry said. “The pure delight to be in communion with another soul so committed to serving humanity.”

“He was still able to see the goodness in humanity, still buoyant with a beautiful spirit that lifted everyone around him,” Harry said of the civil right legend. “Not because he was blind to the ugliness, the injustices of the world. No. He saw them clearly. He had lived them. But because he knew we could overcome them.”

Many royals, including Queen Elizabeth, Prince Philip, and Prince Charles, met with Mandela and shared in his work before his death in 2013 at age 95.

“We’re living through a pandemic that continues to ravage communities in every corner of the globe; climate change wreaking havoc on our planet, with the most vulnerable suffering most of all; the few weaponizing lies and disinformation at the expense of the many, and from the horrific war in Ukraine to the rolling back of constitutional rights here in the United States, we are witnessing a global assault on democracy and freedom, the cores of Mandela’s life,” Harry said, referencing the United State’s recent overturning of Roe v. Wade, an issue important to both him and his wife.

Still, his speech was one of hope and love.

“In their strength and in their deeds, Mandela’s legacy shines as brightly as ever. They are my lifeboat. I hope they can be yours, too,” said Harry. “It’s more important than ever that we seek a purpose greater than ourselves, and get to work.”