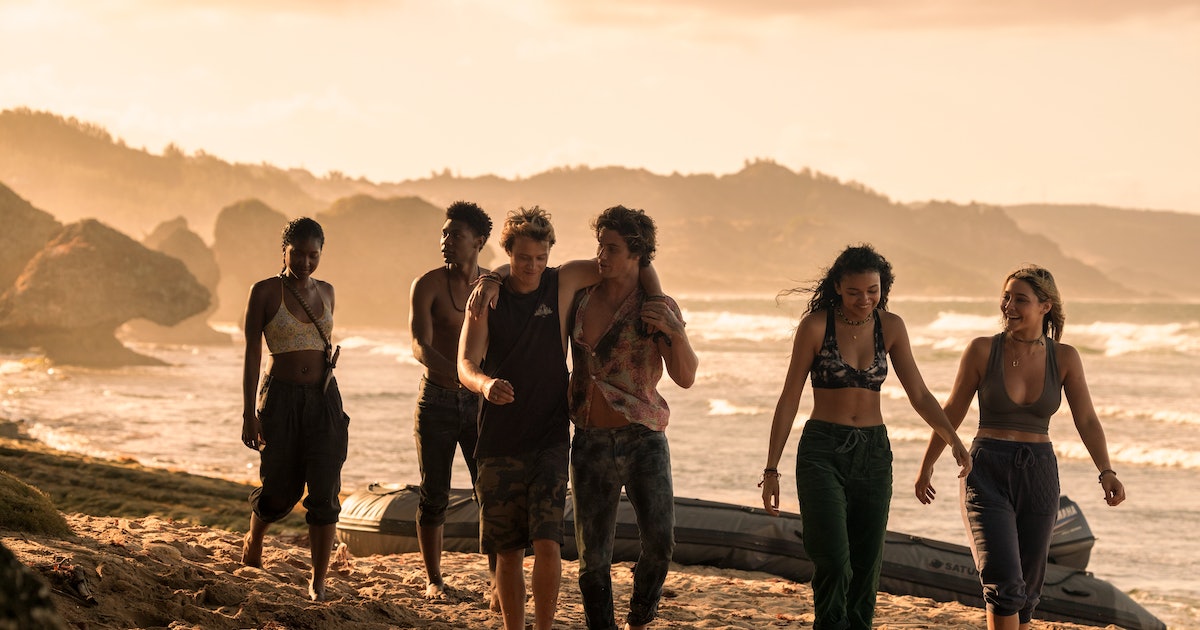 
A whole year has passed since Netflix dropped Outer Banks Season 2, and it appears fans will only have to be patient a little while longer for Season 3. The third — and damn you, Netflix, it better not be the last — installment of OBX is speculated to be in or near the post-production stage. That’s likely music to your ears if you have a Pogue-obsessed teen in the house who watches the coastal adventure series. Hey, you might be the one who’s dying for Outer Banks Season 3 details, in which case, no judgment. While the show centers on a group of teens (rising stars, all of them), there’s plenty to keep grown-ups tuning in, too: the beautiful locales, the good old-fashioned treasure hunt escapism, and, our personal favorite, Nashville star Charles Esten as bad dad Ward Cameron.

Very few details regarding Season 3 have slipped through the cracks, but the cast and showrunners have proven to be more than generous about what they hope will happen in this next chapter. In particular, Madelyn Cline (who plays Sarah) has been very vocal about her character’s future on the show, specifically after rumors began swirling that her real-life breakup from OBX co-star Chase Stokes (who plays John B.) would bleed into their onscreen romance. Here’s what she had to say: “Hi, so I’m getting asked if s3 is my final season of OBX,” the actress wrote in a since-deleted Instagram post. “I will come back for as many seasons as they will have me. I love my job, and there’s not a day that goes by that I’m not grateful for it and for everyone who has watched it. Not everything you read on the internet is true.”

So, now that that’s out of the way, let’s get into everything we know to be true about Outer Banks Season 3.

Will when Outer Banks Season 3 premiere?

Netflix has yet to announce the official premiere date of Outer Banks Season 3, but it did give fans the next best thing: confirmation that production for Season 3 is underway. The cast confirmed OBX was getting a third season via Twitter back in December 2021, about five months after Netflix dropped Season 2. In late February, Netflix shared a first look at the series regulars gearing up for Season 3 in “Poguelandia,” aka Charleston, South Carolina, on Instagram.

Should Season 3 production follow the same trajectory as Season 2, fans can expect the new installment to premiere sometime in late 2022. For context, Season 2 came to fruition in eight months, which was no easy feat considering the season was shot and edited during the height of the COVID-19 pandemic. Netflix loves a teaser as much as a holiday drop, so fans could be getting Outer Banks Season 3 for Christmas this year. Or the streaming service will do us dirty and make us wait after the new year.

Is there a trailer for Outer Banks Season 3?

Nope! The streaming giant hasn’t released a Season 3 trailer — not even a teaser! — but keep your eyes peeled because one should be coming soon.

Who will be in Outer Banks Season 3?

Without a trailer or official synopsis, it’s not super apparent which OBX characters will be returning for Season 3. At the very least, Netflix’s first-look photo confirmed that Stokes, Cline, Madison Bailey (who plays Kiara), Jonathan Daviss (who plays Pope), and Rudy Pankow (who plays JJ) are all set to reprise their roles. It also looks like Carlacia Grant (who plays Cleo) is returning as a main player. More recently, Deadline announced newcomers Andy McQueen, Fiona Palomo, and Lou Ferrigno Jr. will be joining the cast. OBX originals Austin North (Topper) and Esten are also confirmed.

What will Outer Banks Season 3 be about?

Spoiler alert! This section contains information pertinent to the plot of Season 2.

From an ongoing treasure quest to new and old relationships and friendships, there’s a lot to be explored in Season 3, including John B’s dad’s shocking revival, which showrunner Josh Pate is eager to dive into.

“John B’s relationship with his dad is a huge theme,” Pate told Entertainment Weekly following the Season 2 premiere. “Having his dad back around and eventually they’re going to meet back up, and John B has to reconcile his idealized version of his dead dad with the reality of his alive dad. It gives us a lot of thematic father-son stuff to work with.”

Pate also assured “teen romance” and “teen soap” will continue to play pivotal themes in Season 3 not only between newlyweds Sarah and John B, but between Cleo and Pope, and Kiara and JJ (and maybe Pope and Kiara, too).

It’s clear the series creators are nowhere near the bottom of the barrel when it comes to storylines in the OBX-verse. Season 3 is shaping up to be quite possibly the most dramatic and anticipated Outer Banks season yet — and the trailer isn’t even out!