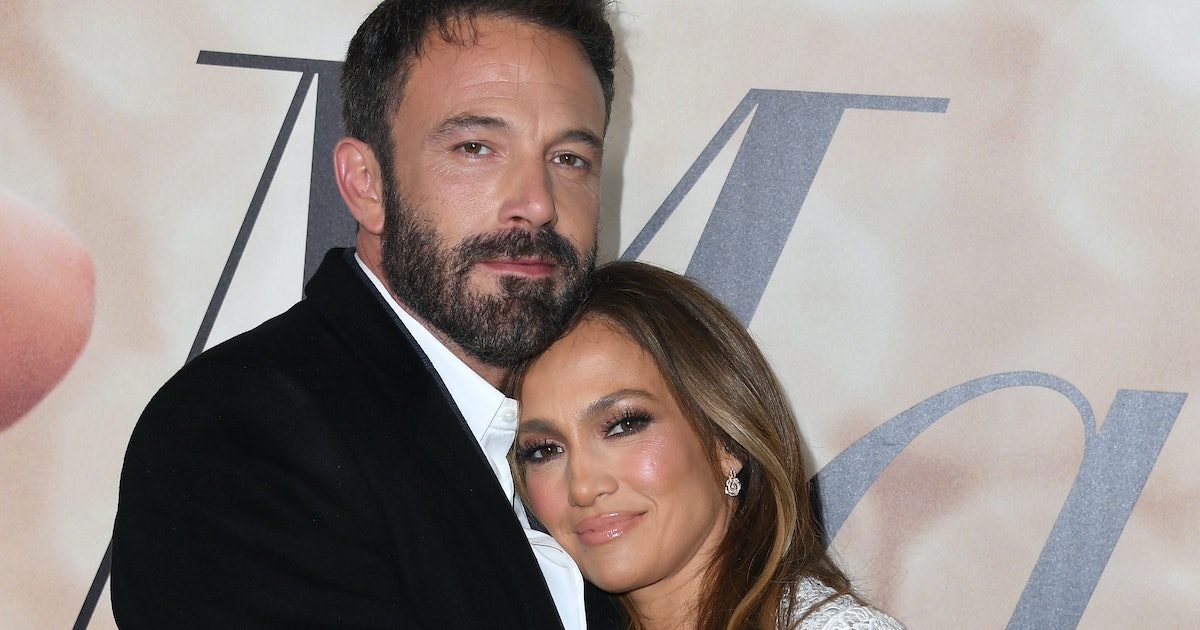 
Jennifer Lopez has been sharing tons of details from her Las Vegas drive-thru wedding to Ben Affleck from this weekend, from what she wore to how she felt. But fans have been left to piece together for themselves just exactly who was there for their big day and if their kids were involved.

But a little photo evidence and one other hint makes it clear that Lopez’s 14-year-old twins, Emme and Maximillian, were present for the big event, while Affleck’s kids — Violet, 16, Seraphina, 13, and Samuel, 10 — didn’t appear to attend.

One thing is for sure: Emme was there to celebrate, and not only that, but they took a few pics in Elvis Presley’s vintage pink Cadillac during the visit to A Little White Wedding Chapel.

J-Lo shared pictures as well as all of her thoughts and feelings about the night in her newsletter, On the JLo — including one of her kid having fun during the celebration.

It’s not clear who’s in the passenger seat, but it might well be Max.

The text of the newsletter also reveals that at least two of the couple’s blended family of five were present for the big night: “Stick around long enough and maybe you’ll find the best moment of your life in a drive through in Las Vegas at twelve thirty in the morning in the tunnel of love drive through, with your kids and the one you’ll spend forever with. Love is a great thing, maybe the best of things — and worth waiting for,” she wrote.

A source close to the couple told Elle that both kids were there, along with Jennifer’s mom.

“It was super, super small,” the source said. “[Jennifer’s] mom and kids were there. They just wanted to be married so they got married.”

Affleck, 49, and Lopez, 52, have had a romance decades in the making. The couple first met when filming Gigli in 2002 and started seeing each other romantically not long after. But their wedding date a year later was postponed suddenly and then canceled.

They rekindled their relationship last year — and got married 20 years after their first time round. In the meantime, Affleck married actor Jennifer Gardner and had three children, while Lopez had her kids with Marc Anthony. The couple reconnected last year when Jennifer broke up with fiancé Alex Rodriguez.

The two announced their engagement in April and then flew to Las Vegas this weekend for non-traditional nuptials that nonetheless seemed to be exactly what the couple wanted.

“We did it,” she wrote in an emotional letter to her fans in her newsletter. “Love is beautiful. Love is kind. And it turns out love is patient. Twenty years patient. Exactly what we wanted. Last night we flew to Vegas, stood in line for a license with four other couples, all making the same journey to the wedding capital of the world.”

It seems clear: Bennifer is too good a portmanteau to let go of.