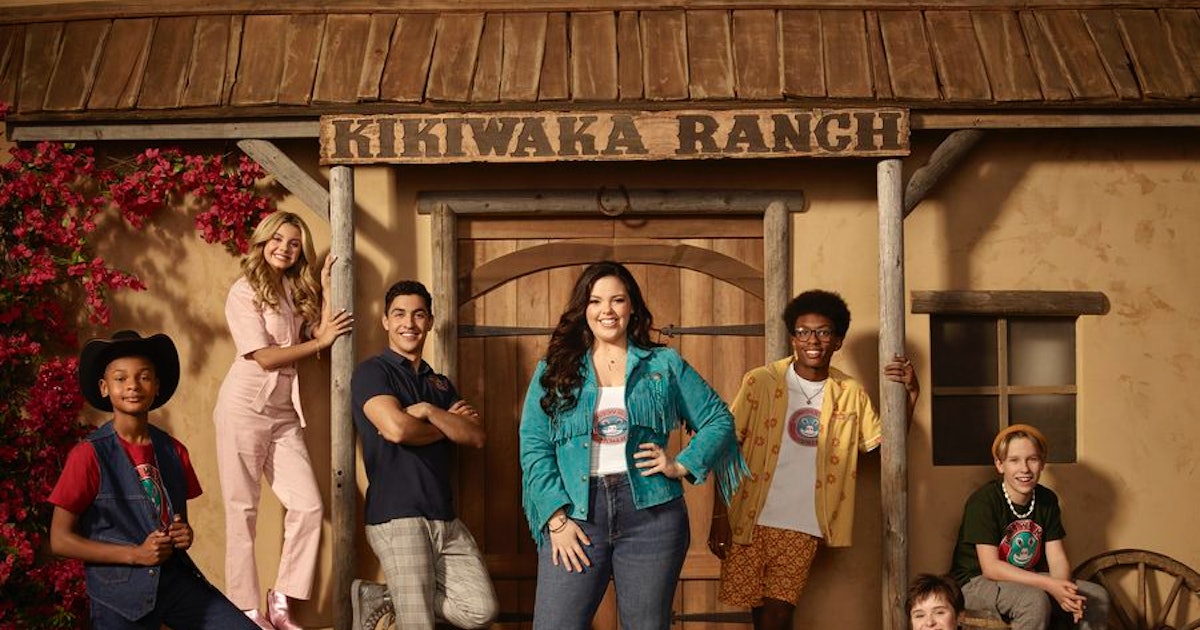 
Between the crazy white water rafting adventures and overly confident wildlife animals (seriously, how many times are these kids going to get sprayed by a skunk?), Bunk’d: Learning the Ropes Season 6 has the campers shaking! Over the course of the show’s highly successful near six-season run, campers at home have learned about the importance of friendship, teamwork, and championing one another’s differences. The series has also taught kids why it’s not always the best idea to perform a belly flop — no matter how cool the big splash may look. In all seriousness, out of all the shows for kids to have their eyes glued to, Bunk’d: Learning the Ropes isn’t anything to complain about. And it’s a safe bet that parents are just as eager as kids to know: Is Bunk’d Season 7 on the way?

For those unfamiliar with the series’s new premise (you can stream Season 6 episodes on Disney Now), Bunk’d: Learning the Ropes follows series regulars Lou, Parker, Destiny, and Noah’s fun adventures as they get to know a new class of campers at Kikiwaka Ranch in Wyoming. The Disney Channel series was previously titled Bunk’d and took place at Camp Kikiwaka in Maine, but it was rebranded ahead of Season 6.

With Season 6 well underway, we did a little digging into what Season 7 could behold for the crew and campers at Kikiwaka Ranch. Here’s everything we know about a potential roundup of new episodes.

When will Season 7 premiere?

Unfortunately, it’s too soon to know whether or not Bunk’d: Learning the Ropes will be renewed for a seventh installment — but let’s do a little math for a hot second. The final episode of Season 5 aired on Aug. 6, 2021. In December 2021, Deadline confirmed Season 6 was in the works. According to the show’s IMDb page, Bunk’d Season 6 premiered on June 10 and will feature 20 episodes, which means the season will probably conclude sometime in mid-November. You still following?

Given this timeline, the fate of Bunk’d: Learning the Ropes should be decided by or around March 2023, with production shortly to follow, potentially. So, Bunk’d Season 7 could premiere in fall 2023. This is all just speculation, but Bunk’d has an impressive track record and loyal fan base, so it would be pretty shocking if Disney Channel gave it the boot.

What will Season 7 be about?

Evidently, since no one knows how the current season ends, there’s no way of knowing who or what Season 7 will be about. Who knows, maybe there’ll be a location shake-up again? As Season 6 nears its season finale, check back for updates and sneak peeks — we’ll be sure to keep fans afoot on any Bunk’d: Learning the Ropes-related headlines!

Who will be in Season 7?

Dun dun dunn… in no surprise, fans will have to wait until Season 6 wraps to see which actors will reprise their roles in Season 7. Albeit, one could argue that series regulars Miranda May (who plays Lou), Trevor Tordjman (who plays Parker), Mallory James Mahoney (who plays Destiny), and Israel Johnson (who plays Noah) will all be back since their characters returned following Bunk’d’sBunk’d’s Season 6 makeover. Hopefully, newly arrived campers Winnie (portrayed by Shiloh Verrico), Jake (portrayed by Luke Busey), and Bill (portrayed by Alfred Lewis) enjoy their time at Kikiwaka Ranch and make so many bunkmates and new friends that they’ll be begging their parents to let them return to camp next season. As with past seasons, fans can probably expect to see a few new faces come Season 7, too.

Until then, you and your kiddo can tune in every Friday night to watch new episodes of Bunk’d: Learning the Ropes Season 6 on Disney Channel. If your family is new to Kikiwaka Ranch (and Camp Kikiwaka, previously), the first five seasons of Bunk’d are available to stream on Netflix.