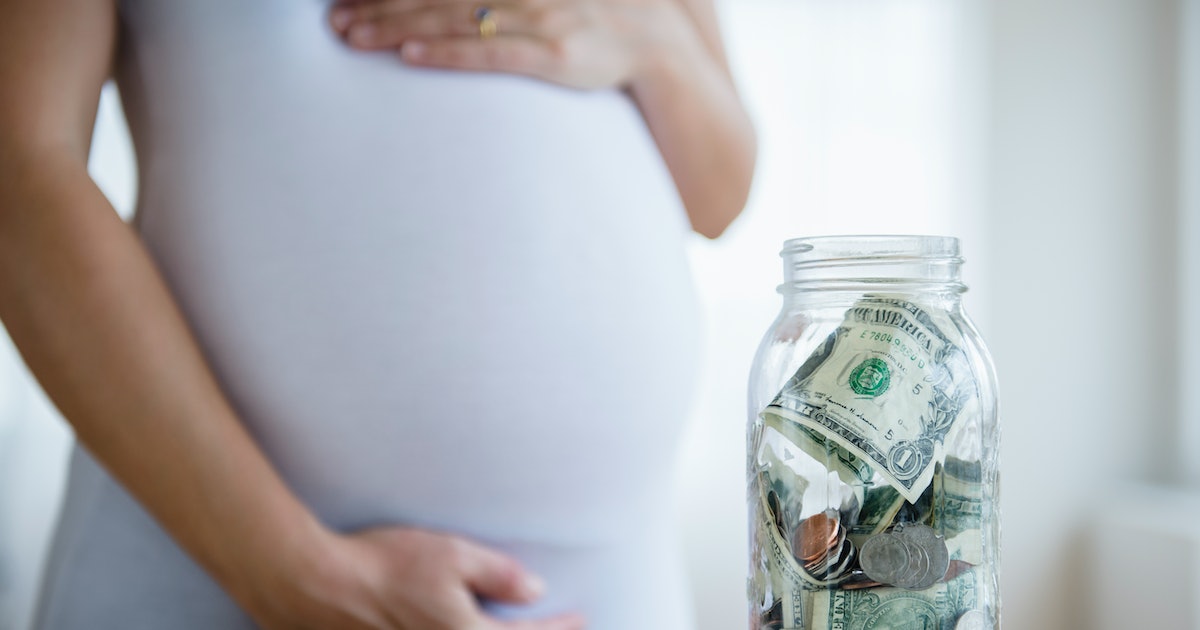 
There’s a host of reasons why the median age of having children in the U.S. has jumped from the age of 27 to 30, and the cost of *raising* a child is often one of them. Turns out that just *having* a baby in this country is expensive AF in itself.

According to a new study released by the Kaiser Family Foundation (KFF), the average cost of prenatal, delivery, and postpartum care is around $20,000, with insurance covering an average of $16,000 and the remainder paid out of pocket. This out of pocket cost, which averages around $3,0000, disproportionately affects people of color and lower income communities, who already face higher risks of pregnancy complications.

KFF compared the cost of health care claims spanning three years (2018 – 2020) between women ages 15 to 49 who gave birth and those who didn’t. The group of women who did have a child had an extra $18,865 in medical bills compared to the women who did not. And insurance coverage varied, with women with more comprehensive insurance plans still having to pay $2,854 out of pocket.

Of course, the delivery method also plays a part in the extreme cost of giving birth. Women who had C-sections on average had $26,280 in medical bills, with $3,214 paid out of pocket. This costs 77% more than the average vaginal delivery, which costs just under $15,000, with $2,655 paid out of pocket.

It should be noted, however, that KFF only included the data of women who had insurance. This does not take into account the 10 million women in the U.S. currently uninsured. They also did not take into account births that took place outside of a hospital, or pregnancies that ended in miscarriage or abortion. These costs also do not include any of the additional health expenses for the newborn baby. That is to say, chances are the average cost of having a baby is actually much higher than the already jaw-dropping $20,000.

The total average cost of raising one child in a family with two middle-level incomes costs around $286,000, according to USDA data from 2015 that CNBC adjusted for inflation. Of course, like everything else, the cost of childcare has outpaced inflation.

Building a family shouldn’t be prohibitively expensive. Let’s work on getting some policies in place to put up social safety nets for new mothers and childcare.