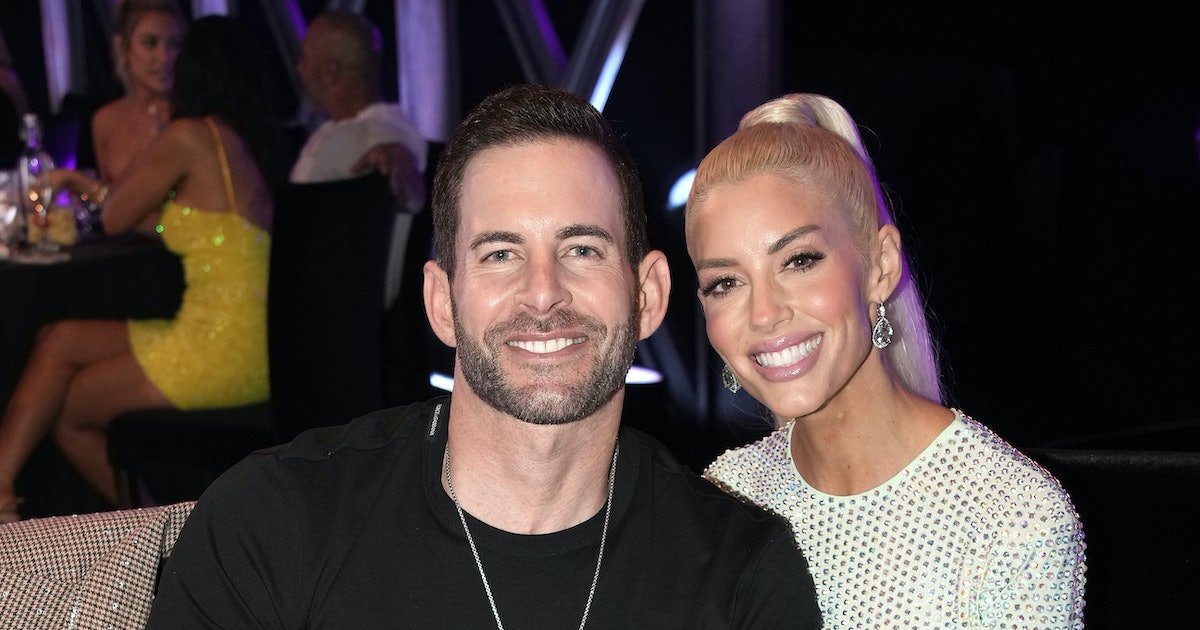 
They say that sometimes when you stop planning, it happens. For Heather and Tarek El Moussa, the unexpected news of their pregnancy came mid-preparation — right before they were scheduled to transfer a fertilized embryo. The couple has kept fans close while they went on their in-vitro fertilization journey, and so it’s safe to say that followers have been invested, from the beginning, in this couple’s surprising story.

The Selling Sunset star broke the happy news to PEOPLE, sharing “We just weren’t expecting this. We had just gone through IVF. We had embryos on ice. We had a plan. [But] I think when you least expect it and there’s no stress in your life, the world just brought us what was meant to be. I’m so excited that it happened like this.”

Heather, 34, and Tarek, 40, had initially begun dating with the intention of not having kids of their own, as Tarek already had two children, Taylor, 11, Brayden, 6, who he shares with ex-wife Christina Hall, and Heather was more than happy to maintain her status as ‘bonus mom.’

“When we first started dating three years ago, we went into our relationship not planning on having children together. I really love being a bonus mom to Taylor and Brayden. They’re such incredible kids and I love them so much. But as your love grows more and more and you fall deeper in love with someone and you build this life together, I started picturing myself having a child with Tarek. I started thinking I just wanted to create something with the man that I’m in love with,” she explained.

Tarek also gushed, “I’m just obsessed with my kids. They’re my everything, so having another one is just icing on the cake. I’m so excited.”

“He’s such a good dad. That was another reason why I wanted to create something with him. Seeing him with Taylor and Braden, he’s just so obsessed with them. And he’s such a doting, amazing dad. I can’t wait to see him with our baby,” Heather adds.

The reality TV couple, who are currently filming their own docuseries titled The Flipping El Moussas, shared that their decision to take a pregnancy test came from Tarek just having a ‘feeling.’ They were casual about it, buying a few pharmacy tests and taking them at home, they even took the test and forgot about it.

“I was organizing my clothes. I was just doing other things, and probably like 20 minutes later I was like, ‘Oh, the pregnancy test.’ I went and looked and it said full-on pregnant.”

Scaring her assistant with her reaction, she quickly got emotional when Heather showed her the result, sharing, “I took two more tests. Right away: pregnant.”

Heather decided to surprise Tarek later that day with a gift to reveal the news, saying she wanted to tell him in a more meaningful way than by sending a text.

“I’m opening up this box and there are these sticks. I’m staring at them and thinking, are these COVID tests? And then I said, ‘Oh, s—! Are you pregnant?’ She said yes, and that’s how we found out,” Tarek says.

Heather joked that it took him at least “30 seconds of him trying to put it together,” but that she began to tear up, saying “It was such a moment of excitement and relief. He was so happy. We hugged and embraced each other and kissed.”

The pair revealed that they have since done the test to confirm the gender, and are planning to have a gender reveal in the upcoming weeks. Though they are both happy with either gender, Heather shared she would “secretly want a little mini Heather.”

Heather can now look forward to being both a cool bonus mom and a cool “bio” mom.