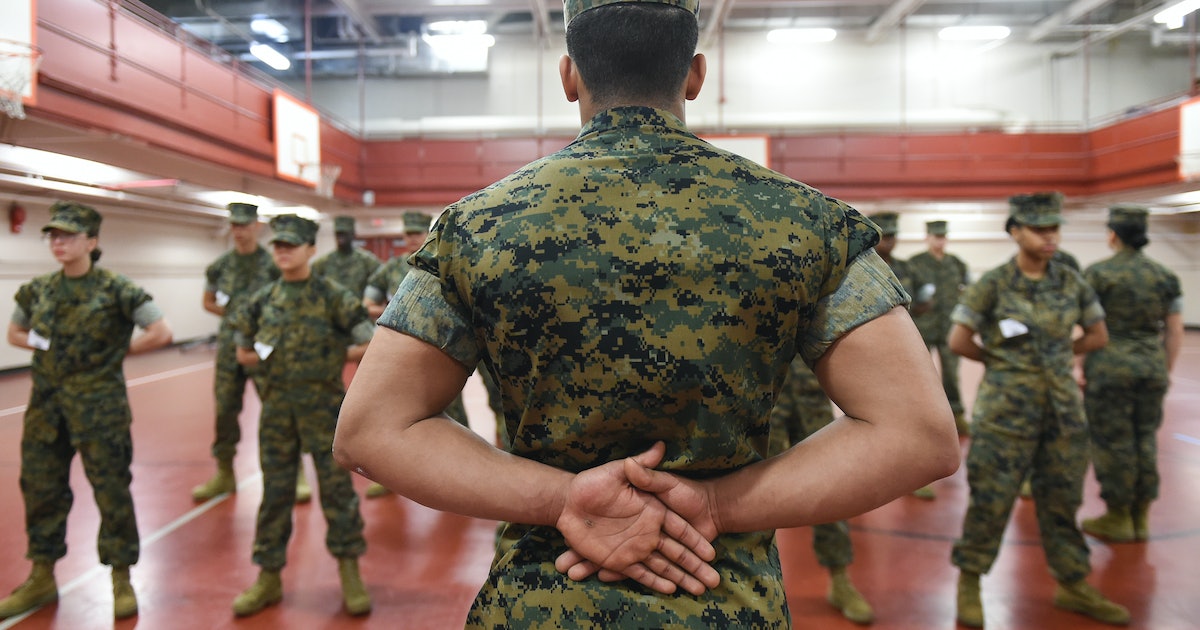 
When you send your child to school, you assume that at the head of every classroom they’re in is a certified teacher with a college degree who has undergone a background check and will help keep your child safe. But some of those conditions are not always met when it comes to the activities of the Junior Reserve Officer Training Corps (J.R.O.T.C.) program in a number of schools, as revealed by a comprehensive investigation published in The New York Times.

The military runs the leadership program for high school students in public schools, with classes often convening during the regular school day. The program, which has been in operation for over a century, often serves as a pipeline for the military — and as a rare pathway to escape for teens who want to flee rural life, poverty, or family trouble.

Programs exist throughout the country, but their greatest density is in southern states, and 70% are in high-poverty Title I schools.

Investigators from the Times examined thousands of court documents and investigative files, the result of 150 public records requests, and found that over the past 5 years at least 33 instructors have been criminally charged with sexual misconduct, 7 of whom had faced similar allegations previously. Other instructors were accused but not formally charged, meaning that the actual number of abusers is certainly even higher considering the amount of sexual abuse that goes unreported.

Operating in a gray area without full oversight by the schools that house them, J.R.O.T.C. instructors are military veterans, but they are not always required to have a teaching license or a college degree. While they work with students in school buildings, they also accompany students to off-campus events outside of regular school hours, and the Times investigators found that instructors used their unique role to cross boundaries, texting students or driving them in their personal vehicles.

One victim told reporters that her instructor once sent her a message on Snapchat suggesting that she wear a bikini to an upcoming event to “drive the guys crazy.” He later sexually assaulted her while giving her a ride home.

Another reported that an instructor complimented her looks and subsequently groped her while at school — it was not his first offense.

Others recounted sexual assaults on school grounds, and one victim says her instructor threatened her life if she told anyone about what he was doing.

In a number of accounts, alcohol and drugs were used to take advantage of victims.

Many of the assaults involve male instructors using their power, authority, and sometimes their firearms to get what they want. At the same time, young teens are intimidated, easily influenced, and often desperate to stay in the program so that they can pursue military careers.

While the military trains instructors and provides some of their salary, when an issue arises schools are often on their own in dealing with it. The Times found that 16 states do not require J.R.O.T.C. instructors to have a teaching license. In one case, in New Mexico, this led to the state declining to discipline an instructor, saying that because they did not license him the case was out of their jurisdiction.

Now that the Times investigation has brought this troubling pattern to light, the military must devise an effective system to deal swiftly with allegations within its J.R.O.T.C. programs. As it stands, it’s clear that students, many of them among our most vulnerable, are being left unprotected.

You can read the full investigation here.