Jane Goodall Just Got Her Own Barbie Doll 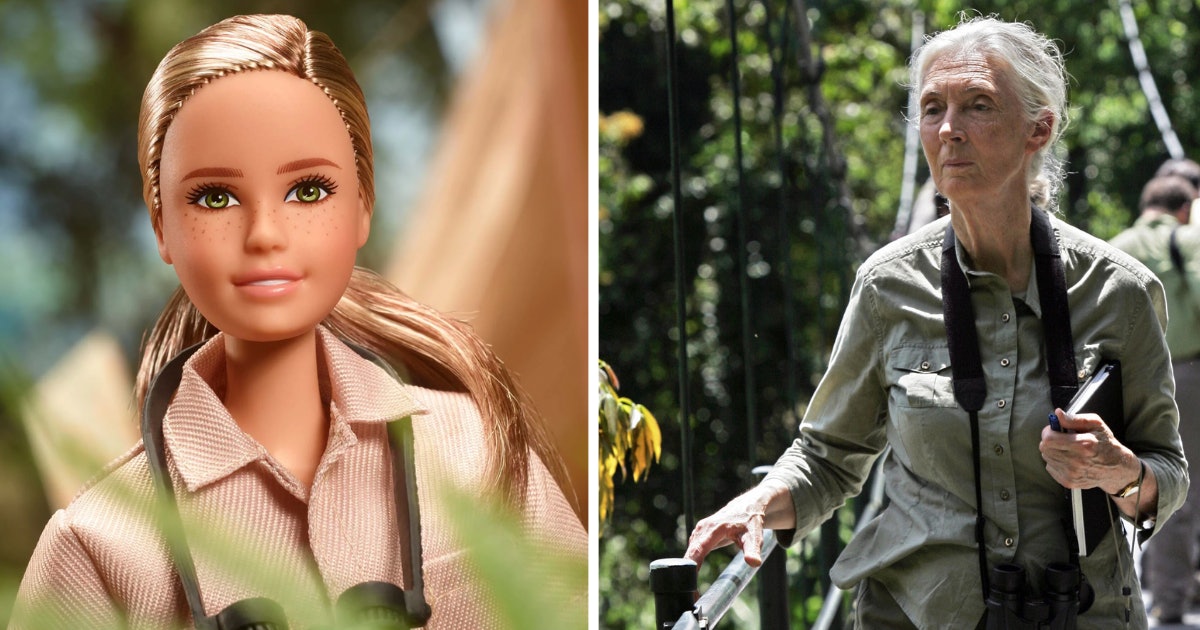 
She nabs a spot on every list of female role models, so it comes as no surprise that Jane Goodall was selected by Mattel to be included in their Inspiring Women series and honored with her own Barbie doll.

“I wanted a doll to be me even before this idea came up,” the icon told Reuters.

“I’ve seen…little girls playing with Barbie dolls and certainly at the beginning, they were all very girly girly and I thought little girls need…some choice,” Goodall continued.

Noting that Barbies have come a long way from their origins, Goodall said, “Mattel has changed its range of dolls and there’s all kinds of astronauts and doctors and things like that. So many children learn about me at school. They’ll be thrilled to have the Barbie doll.”

Appropriately, the doll is made of recycled plastic, and comes dressed in Goodall’s trademark khaki shirt and shorts, along with a field notebook, binoculars, and, of course, a chimpanzee. The chimp is a replica of David Graybeard, the first primate whose trust Goodall earned when she began conducting her groundbreaking research.

The 88-year-old primatologist came to fame for her studies of chimpanzees in the Gombe forest in Tanzania. She was only 26 years old when she left England on a life-changing trip to Africa and found herself a job as a research scientist.

Goodall shook the scientific world with her discovery that humans are not the only animals to create and utilize tools. Her discoveries about chimpanzee behavior have shaped our modern understanding of primates, and what it means to be human. She has since written numerous books and become a champion of conservation efforts via her own nonprofit institute.

“I dreamed when I was 10 years old that I would go to Africa, live with wild animals, write books about them. Everybody laughed at me except my mother,” said Goodall.

“When I was growing up there weren’t any female role models,” Goodall remembered. “I was helped by a mother who supported my dream.”

When she was a young adult, authorities expressed concern about Jane living alone in the forest to conduct her research, her mother offered to accompany her — making her groundbreaking research possible.

Luckily, today kids of all genders have a much more diverse cast of heroes to look up to as they dream about their own futures and imagine solutions to the problems facing the planet.

The collectable doll is for sale at Mattel for $35.

We only include products that have been independently selected by Scary Mommy’s editorial team. However, we may receive a portion of sales if you purchase a product through a link in this article.