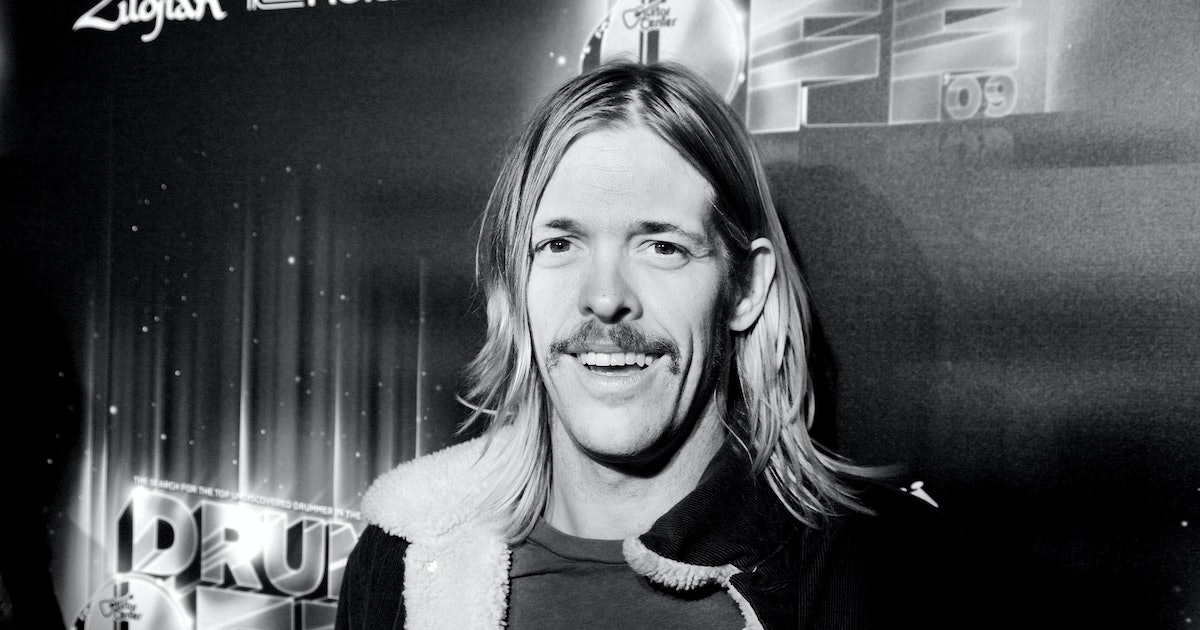 
Taylor Hawkins’ teenage son, Oliver Shane, paid tribute to his late father with a touching tribute of the Foo Fighters’ “My Hero” on drums. The 16-year-old teen sat in with a local covers band, The Alive, in Laguna Beach, California, where the late Foo Fighters drummer grew up.

The Fourth of July rooftop performance found its way to TikTok with the caption, “When Taylor Hawkins’ son gets on the drums and dedicates the song ‘My Hero’ to his dad. The hawk would’ve been proud.”

The Alive posted on Instagram to commemorate the emotional performance as well, saying, “Thanks to the Laguna Beach community, police (for not shutting us down) , @spliffriff_ and the @marcusskenderian family. Special thanks to @shane_hawkins_22 for sitting in.”

Hawkins passed away suddenly at the age of 50 in Bogotá, Colombia, as the band was touring South America. No cause of death has been publicly shared. Alison Hawkins, Taylor’s wife since 2005, shared a public statement about his death in June. “My deepest thanks and admiration go out to the global Foo Fighters community and Taylor’s fans far and wide for the outpouring of love each and every one of you have shown out beloved Taylor,” the statement began. “Your kindness has been an invaluable comfort for my family and me during this time of unimaginable grief.”

Hawkins’ bandmates Dave Grohl, Nate Mendel, Chris Shiflett, Pat Smear and Rami Jaffee are also playing two tribute shows to honor the late Foo Fighters drummer in September 2022 — one in London, the other in Los Angeles. Guests set to perform include Miley Cyrus, Joan Jett, Alanis Morrissette, and Pink, to name a few. Proceeds will go to charities in the U.S. and the U.K. of the Hawkins Family’s choice.