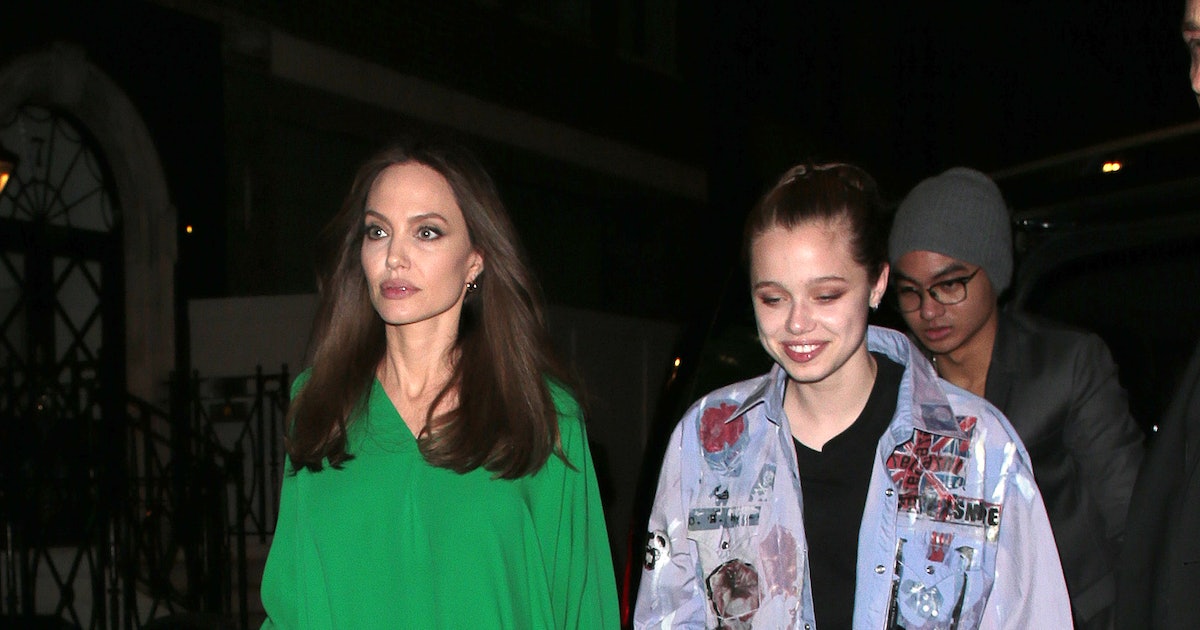 
Angelina Jolie had a fun night out with her 16-year-old daughter Shiloh Jolie-Pitt in Rome, Italy, on Saturday as the pair attended the Måneskin concert. The 47-year-old actress, director and humanitarian could be seen cheering from the crowd alongside her teen at Circus Maximus stadium.

In a fan-cam video making its rounds on social media, the mother-daughter duo sing and dance to the glam rock group’s hit “I Wanna Be Your Slave” while smiling at each other. Jolie looked every bit the “cool mom,” and Twitter was all about it.

Måneskin won the 2021 Eurovision Song Contest, so clearly these ladies are up on the music trends. Makes sense since last month Shiloh showed off her impressive dance moves in a video from Hamilton Evans Choreography that showcased several dancers.

Shiloh is Jolie’s daughter with her ex-husband Brad Pitt. The former couple — known publicly as Brangelina — also share twins Knox and Vivienne, 14, daughter Zahara, 17, and sons Maddox, 20, and Pax, 18. They split in 2016 after 12 years together and are reportedly still in an ongoing custody battle.

“I just want my family to heal,” she told The Guardian of the breakup in a long-ranging interview last year. “And I want everyone to move forward – all of us, including their dad. I want us to heal and be peaceful. We’ll always be a family.”

Jolie seemingly always puts her kids first, bringing them to red carpet and philanthropic events alike. But even she second guesses her choices as a mother. In an interview with People in October, Jolie said she’s tough on herself when it comes to being the “perfect” parent.

Yet, seeing who her kids are becoming brings Jolie great joy.

“My children have done many, many loving things. My children’s kindness has been very healing to me,” she said. “I have six very individual human beings in my home. I am so excited about all the different stages and feelings and curiosities that they go through. Why wouldn’t you be? We’re supposed to help them figure out who they are. And you can’t figure out who they are if you don’t enthusiastically develop with them.”