Cannabis-Induced Psychosis In Teens Is On The Rise 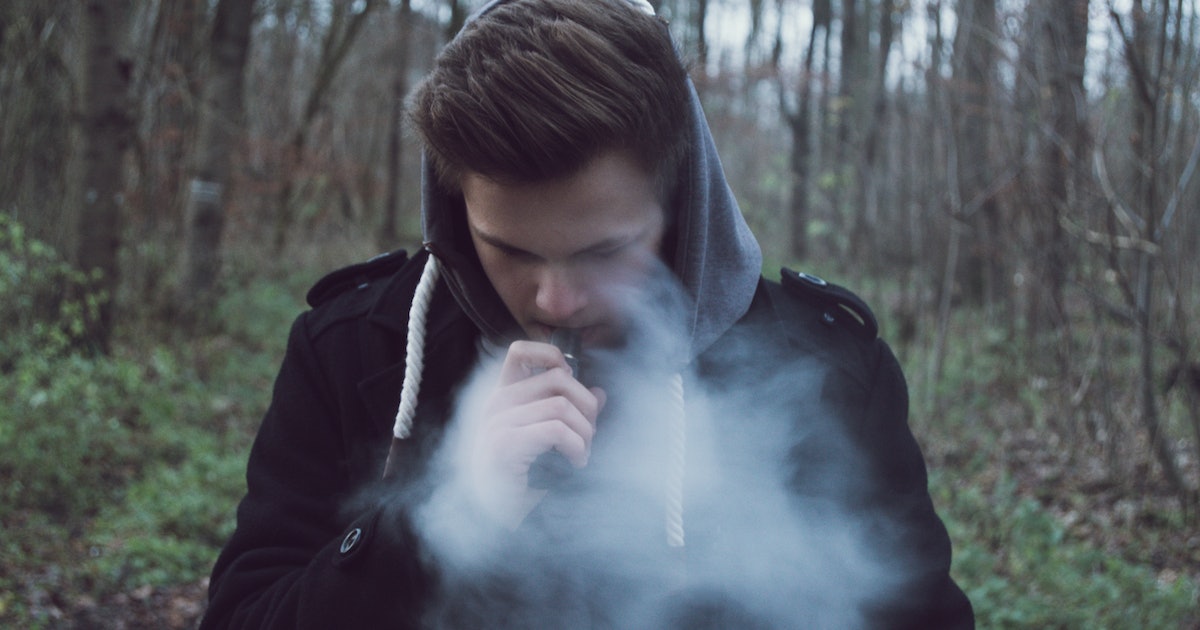 
If you ever *poked some smot* as a teen, the idea of your own teen trying out cannabis might not seem like a big deal. After all, the worst thing that happens is they eat an entire package of Oreos and giggle as they watch Encanto with their younger siblings for the umpteenth time, right?

But most teens aren’t smoking hippie weed from the 70s, 80s or 90s, which typically capped out at the wimpy level of 4% THC, aka the psychoactive chemical in weed. They’re more often smoking, eating, or vaping highly concentrated cannabis oil with up to 95% THC. As weed has become wildly potent, its side effects have jumped from a case of the munchies to much more adverse effects, like addiction, psychosis, and mysterious and recurring bouts of illness.

Elysse, who was 14 when she first started vaping THC cartridges (or carts), told The New York Times that when she first tried it, it was “insane euphoria,” but that feeling was quickly replaced by anxiety and fainting spells. She continued to use the carts, assuming that since cannabis is “natural,” it was inherently safe.

But even in its most “natural” state, studies have found a correlation between regular cannabis use and the onset of psychosis, which can involve individuals losing touch with reality and experiencing visual and audio hallucinations. This correlation is even stronger for teens who use high potency cannabis regularly or those who started using cannabis in their adolescence.

A 2021 study published in JAMA Psychiatry reported that in 1995, only 2% of schizophrenia diagnoses in Denmark were associated with cannabis use. But by 2010, as cannabis products got stronger, that correlation rose to 6-8%. Another study published in The Lancet Psychiatry reported that the risk of developing a psychotic disorder increased fivefold for individuals that use high potency cannabis products regularly compared to those who had never used it.

These risks seem to increase for younger users of high potency cannabis. In 2018, JAMA Pediatrics reported that 2 in 5 teens who use cannabis experience unwanted side effects, including extreme paranoia, anxiety, and hallucinations.

“The younger you are, the more vulnerable your brain is to developing these problems,” Dr. Sharon Levy, director of the Adolescent Substance Use and Addiction Program at Boston Children’s Hospital, told The Times, adding that there is “no doubt that higher concentration products are increasing the number of people who have bad experiences with cannabis.”

There have also been reported physical ailments with regular cannabis use in adolescents, some that don’t flare up until years of heavy use, according to GoodRx.

Elysse was eventually diagnosed with cannabinoid hyperemesis syndrome (CHS), which is known for its episodes of violent vomiting so painful it has been called “scromiting,” as those experience it report screaming in pain. During one episode, she told The Times that she threw up at least 20 times within a two-hour window.

There are other physical ailments that can arise, especially with high potency THC vaping cartridges filled with oil. These oils are often mixed with cutting agents to add flavor and lower the oil’s viscosity. Some of these cutting agents, like vitamin E acetate and phytol, are linked to “severe pulmonary injury” and “shortness of breath and lung inflammation.”

There is also the risk of physical and psychological dependence and addiction. High potency THC products rarely contain any therapeutic amount of CBD, the chemical in cannabis that has actual health benefits like controlling seizures and alleviating pain. Some studies suggest that the lower levels of CBD actually make the THC products more addictive, which could explain the increase in teens entering addiction programs for THC vaping.

Even equipped with all of this information, the fact of the matter is some teens are still going to vape, rip a bong, and eat special brownies. This is why it is important to open up a dialogue with teens who use cannabis on moderation and harm reduction, and to be aware of the signs of potential THC abuse.