Why Do People Love The Royal Family? Because They’re Messy – Like Us 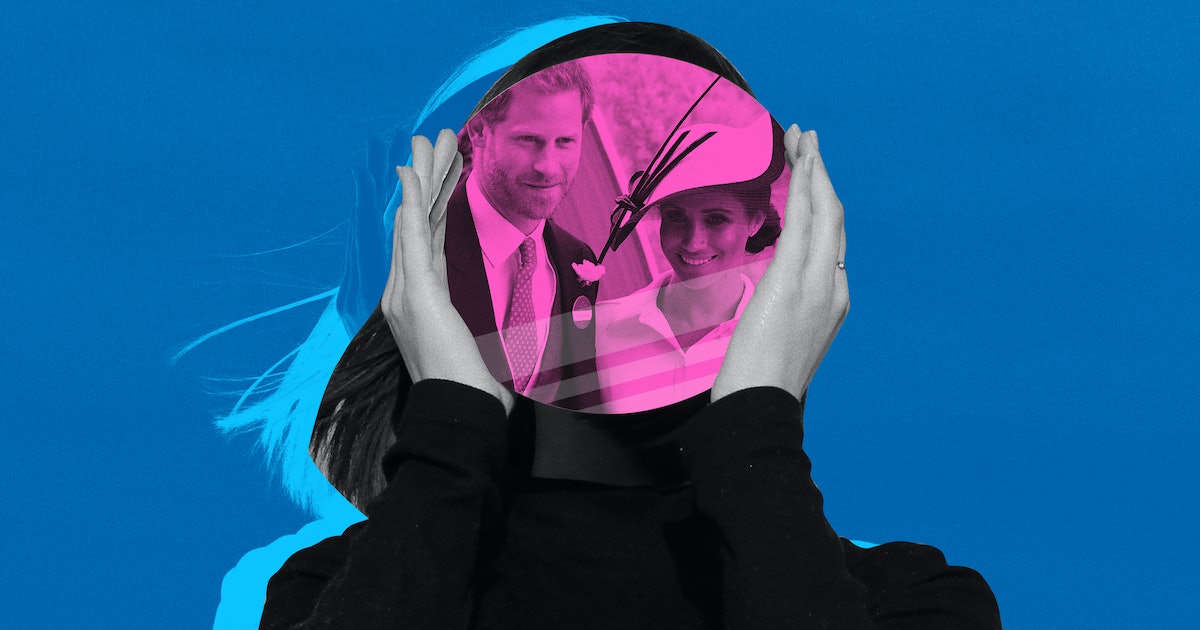 
There are lots of reasons so many people follow the British royals: Anglophilia, nostalgia, the glitz, the fondness for Queen Elizabeth II as (take your pick) either a sort of international granny or an enduring symbol of duty. Not to mention the absolute pop-cultural chokehold of the princess narrative — and when the happily-ever-after falls apart, the narrative of the princess wronged.

But none of that is quite enough to put the Windsors on the covers of US Weekly and People and In Touch so regularly, much less create an entire media micro-economy around their every move, past and present. Lots of people own fancy stuff; lots of stories can be told as Cinderella. What makes this particular family the biggest reality TV show on earth is very simple: They are messy as hell, just like everybody else — but even more so, despite all their money and palaces and flunkies and resources, and they can’t hide it, either.

Whatever your own family dysfunction, there’s a mirror somewhere in the sprawling sh*tshow that is the Windsors. Sour marriages and ugly divorces? Check. Strain and estrangements between siblings and parents and children? Check. In-laws that don’t gel (at best)? Check. Subtle jockeying over what happens when grandma dies? Check. Dirtbag uncle you’re pretty sure is a total creep? Big, ugly check. How many people glance at the headlines in the grocery aisle and think, well, at least we aren’t the Windsors? I’d bet it’s a lot.

Dynasties have always been messy, of course. Kings and queens are almost by definition plagued with rogue siblings, power-brokering spouses, rebellious heirs, surly spares, and illegitimate children who want a piece of the pie, backed by discontented nobles. Hence all those Shakespeare plays about royals — they’ve always been good for a little drama.

But it wasn’t until the modern mass media that things got really wild. By the 1970s, the tabloids were tracking Princess Margaret’s every move, selling papers on the spare who broke ground with the first of the infamous Windsor divorces, but certainly not the last. It didn’t take long for Charles and Diana’s fairytale wedding to crumble into the very nasty, highly public War of the Waleses, a scandal so big it’s still doing gangbusters business for Netflix, decades later.

Princess Di was one of the most famous women in the world at the time, the Jackie O of her generation, and their split played out across the covers of magazines the world over. But who hasn’t known a family struggling with a horrible divorce, one where the whole community seems to take sides? A huge chunk of the world looked at Charles like he’d cheated on somebody they knew personally, like he’d stepped out on their own cousin or best friend. The man spent the 1990s carrying the weight of judgment upon not just his own actions, but those of every man who ever wronged his wife.

Harry and Meghan’s highly public departure from the lineup of working royals, too, was refracted through people’s personal experiences. What supercharged the coverage of their split with the rest of the royals is that it was all happening in the context of a family. Which relative said what offensive thing when, and how did the others respond? Who was answering whose phone calls at what point? How exactly did the fight between the sisters-in-law play out? Most people’s wedding isn’t a global television event — but plenty of people have had a relationship-damaging blowup in the days beforehand. Now you’ve got The Mirror passing along juicy tidbits like somebody overhearing Mike Tindall, who is married to Harry’s cousin Zara, calling the Duke of Sussex a “bellend.” (Maybe it takes one to know one.) It’s like a piece of hyperlocal gossip my mother would pass along in a phone call, prefaced by, “Now, are you ready for this?”

And Gods knows lots of families have had ugly fights and even estrangements over racism in the last few years.

Then there’s the toxic embarrassment that is Andrew.

On the one hand, it is a wildly specific-to-the-royals set of circumstances that created the Andrew problem. His Newsnight interview alone is enough to convict him as, at minimum, wildly arrogant and frankly clueless. And part of what made him into the man he is today is a life of absolutely mind-boggling privilege. He wasn’t simply raised in comfort; he spent every day of his childhood surrounded by retainers dedicated to an institution that says his family is quite literally touched by God.

At the same time, there’s something very familiar about how the dynamics have played out since. First there was the seeming reluctance to sideline him. And now that he has indeed fallen from grace, every mass Windsor occasion turns into a guessing game: does Andrew show up or not? It’s quite clear he wants to force his way back into public life; reports suggest that he’s spending a lot of time with his mother, basically lobbying her in her twilight years to provide him an opening. It’s equally clear that Charles and William aren’t having it.

Take the recent Order of the Garter ceremony — a quintessentially British monarchy event held at Windsor Castle for a 700-year-old club founded by a king who wanted to recreate King Arthur’s Knights of the Round Table. (As one does.) Andrew was supposed to attend; his name was printed in the programs and everything. And then Charles and William apparently pitched a fit. In fact, The Evening Standard says that William basically issued an ultimatum: him or me. “The Duke of Cambridge was adamant. If York insisted on taking part publicly, he would withdraw,” a “senior source” told the paper.

Again, most families don’t attend induction ceremonies for 700-year-old chivalric orders; at the same time, this is exactly the type of nuclear dynamic that powers Reddit’s r/Relationships. It’s very easy to picture the thread: AITA For Refusing Attend A Wedding If My Creep Uncle Comes Too? It’s essentially a fight over who all’s gonna be at Meemaw’s birthday party, with wilder costumes.

The royals aren’t like us. They have vastly more money and they live in a fishbowl, in perpetual awareness of a family legacy that goes back a thousand years – literally! Their major family events revolve around a soaring gothic cathedral from the Middle Ages and a series of palaces associated with some of the biggest names in British history. Their grandmother is on the money.

But none of that saves them from the same dysfunction and drama and toxicity that everybody else faces. And that’s why we can’t look away.

Kelly Faircloth is the executive editor at Scary Mommy, where she commissions freelance pieces; if you’ve got a story you’d like to share, pitch her here! She’d love to hear from you.

Previously, Kelly worked at Jezebel.com, where she was a senior editor and also wrote about royal gossip and romance novels, along with body image and history. She grew up in Georgia between a river and a railroad, and she has a lot of questions about the world-building in Paw Patrol.