Why Am I So Gassy On My Period? An OB-GYN Explains Period Farts 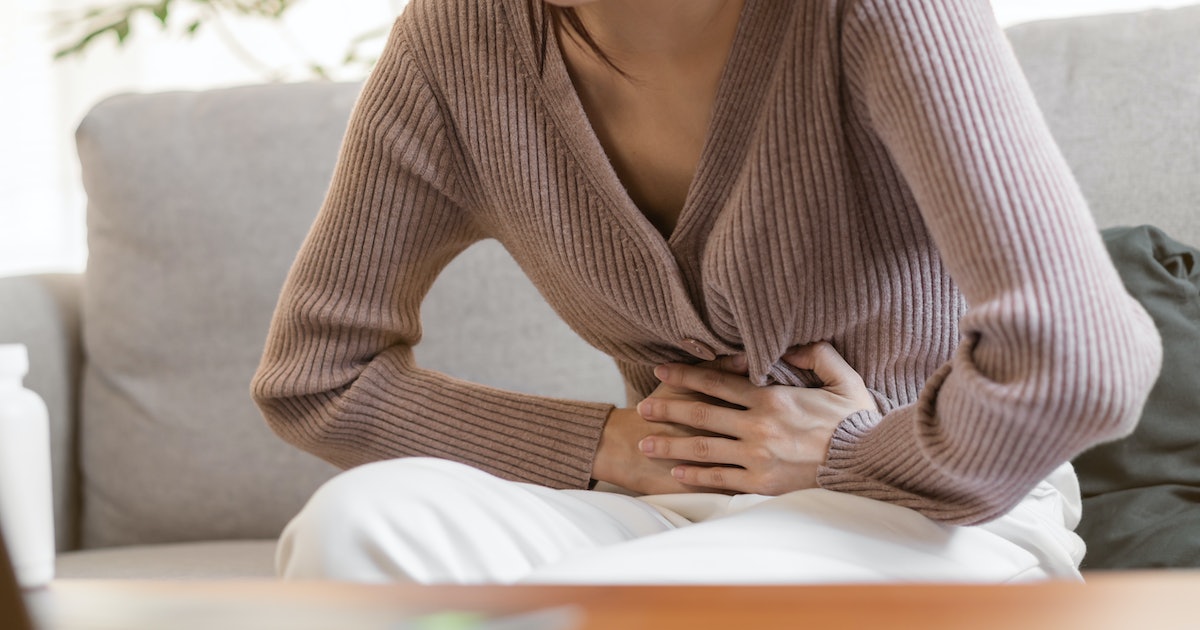 
It’s that time of the month, and you’re already experiencing cramps, breast tenderness, and general malaise. You know, the standard period blues. Now you’ve noticed you’re more gassy than usual. You might be excusing yourself from the living room to toot in private or find yourself letting a few rip in bed, much to your partner’s chagrin (or amusement). It’s not that much of a surprise to period-havers that our “time of the month” is a gift that keeps on giving (eye roll). But seriously, period farts? Is that a thing?

Yes, it’s a thing, and it’s definitely nothing to be embarrassed about. Experiencing more flatulence during your period is common and pretty normal. So, if you’re asking, “Why am I so gassy on my period?” read on to learn more.

Why does this happen?

First, what is going on with your body to create all that gas?

“Gastrointestinal (GI) symptoms are very common for healthy [period-havers] both before and during their periods,” says Dr. Mary Jacobson, OB-GYN and the Chief Medical Officer of Alpha Medical. “Most commonly, [they] report abdominal pain followed by bowel habit changes like diarrhea and less commonly, constipation, as well as nausea, vomiting, and bloating and flatulence (gassiness).”

According to Dr. Jacobson, researchers have proposed a number of physiologic mechanisms that may cause an increase in GI symptoms around the menstrual cycle, including fluctuating hormones. An increase in prostaglandins can cause abnormal uterine contractions and pain, bowel contractions, reduced absorption, and induced secretion of electrolytes, which may enhance gastrointestinal discomfort and diarrhea.

This basically explains why you’re running to the toilet and have a case of the period farts. Additionally, ovarian estrogen and progesterone withdrawal during a period or early menopause can also increase your flatulence.

Is gas a sign that your period is coming?

“People can have gas at any time of the menstrual period. In some people, a change in the pattern of gas may be predictive that their period is coming,” says Dr. Jacobson. “Researchers postulate that people with depressed mood, anxiety, fatigue, and a history of painful periods were each significantly more likely to be associated with gastrointestinal symptoms around the time of the menstrual period, as well.”

What’s “normal,” and what are red flags?

Experiencing gas while on your period is expected, but as Dr. Jacobson points out, the spectrum of “normal” is broad. When symptoms are cyclic — meaning associated with the onset of a period and resolving after the period — they’re most likely normal to you.

But in some cases, experiencing gas might indicate an underlying condition, such as irritable bowel syndrome (IBS). According to Dr. Jacobson, a person may have IBS if they have the following symptoms:

In other cases, you might have endometriosis, which causes the tissues that line the uterus to grow outside of it. It has symptoms similar to IBS, along with a painful period and sex. If you’re experiencing the above, contact your family physician.

What can help alleviate gas while on your period?

Sometimes period farts are inevitable, but Dr. Jacobson suggests eliminating certain foods around the period to reduce gas production, such as:

In addition, she recommends you stop chewing gum and smoking to reduce burping. Other options to help reduce period farts include:

If the GI symptoms become troubling or problematic, Dr. Jacobson says it’s vital to consult your doctor about preventive steps to alleviate symptoms. That might include over-the-counter non-steroidal anti-inflammatory medications like ibuprofen (Advil, Motrin) and naproxen (Aleve), or hormonal contraceptives (i.e., birth control pills, ring) to help balance out your hormones and relieve your symptoms.

Ultimately, hold tight. Being gassy on your period isn’t going to land on anyone’s list of favorite things. But it’s natural, and there’s really nothing you can do about it, so… let ‘er rip.