I Complain About My Husband On Social Media & No, I Won’t Stop 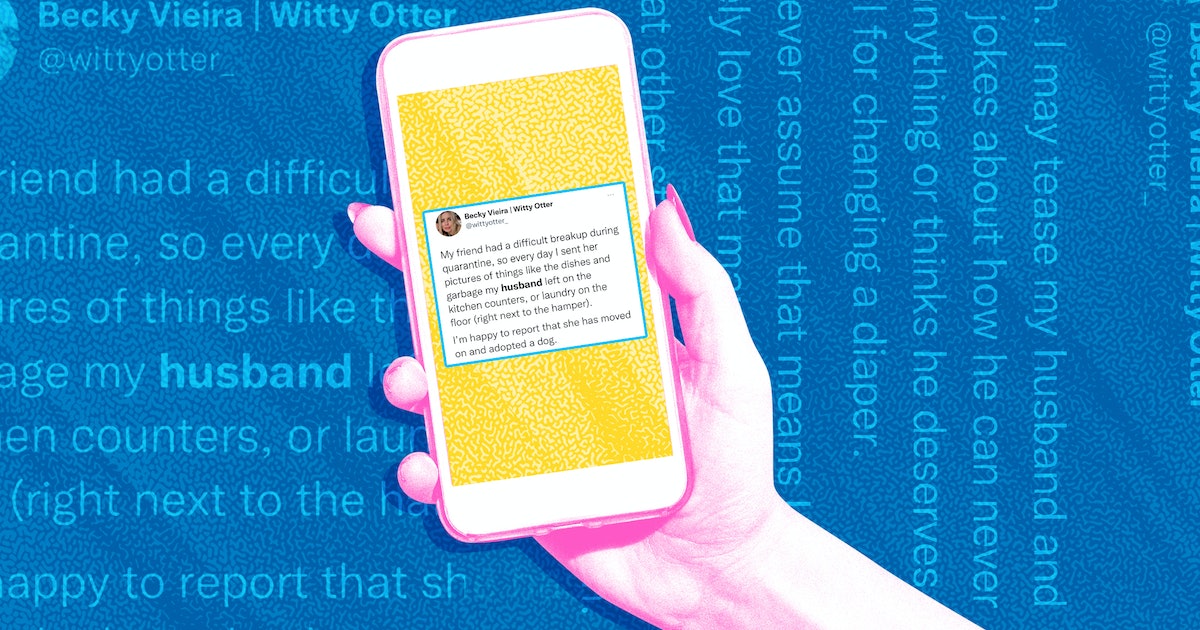 
I love my husband. I’m not under any false impression that our marriage is perfect, but we’re happy and genuinely enjoy one another. I’m also not naïve either, and I’m sure there are plenty of relationships that are stronger than ours. I’m passive aggressive and he forgets most things I tell him. Our definitions of “clean” are polar opposites. And while he loves budgets, the thought of one makes me hyperventilate.

None of that means our marriage is in jeopardy, or even strained. It just means we don’t agree on everything.

One thing we do have in common is that we rarely, if ever, post those gushing tributes to one another on social media. Sure, we did back when we were first dating (and ensconced in that love bubble that is obnoxious to everyone except its occupants), but I don’t think my husband even knows his Facebook password anymore. In fact, experts say that excessive sharing may be a mask for relationship insecurity. I guess we’re doing something right!

One thing that I do do on social media, however, is complain about him. And I am not talking about “venting,” which is essentially the equivalent of dipping your toe into the ocean and calling it swimming. I am completely submerged in that water, so far out that you can no longer see me from the shore. I unapologetically put that man on blast.

And I love doing it. In fact, it’s even been healthy for my marriage.

It started back when my son was a newborn. We were exhausted first-time parents who felt like we were navigating our new roles while blindfolded. Our baby was priority number one followed by sleep, and somewhere way down that list was our relationship. We struggled.

I hesitantly mentioned it on social media, unsure of the response I would get. To my shock, it was overwhelmingly supportive. Encouraging, in fact. Some offered advice and others commented that they had been or currently were in the same situation — tired and ready to metaphorically strangle their seemingly selfish partner — and I immediately felt less alone. More than that, I was reassured that my marriage wasn’t crumbling, that new babies could be hard on anyone.

From there, I slowly began posting more about the less-than-perfect moments of my marriage, which quickly snowballed into me blatantly bitching about my husband’s most annoying habits. I was on a high from all the feedback I was receiving, and the disclaimers I peppered each post with (“I love him, but…”) soon disappeared in favor of direct complaints.

These posts weren’t a secret from my husband. In fact, I’d actually read them to him first — and on more than one occasion, he helped me with the wording. He’s in on the joke, but that doesn’t mean it’s any less of a release for me to share the stories.

To be fair, I’m not saying anything that’s horrific. Or a lie. Instead, I share how he loves to “win” at being most tired, how he still forgets what drawer holds our son’s pajamas (even though it’s been the same PJ drawer for 5+ years now) or how he considers leaving dirty clothes next to the hamper to be just as good as inside it.

These posts don’t make me feel superior to my husband, and I don’t do it to shame him. If I thought that he would be in any way upset, I wouldn’t do it. Instead, they allow me to express my feelings and frustrations in a humorous manner, which works to lessen any feelings of anger or resentment I may be holding onto. I discuss it with others and usually end up letting any negative feelings go.

That’s not to say every post is universally well-received. There are plenty of people who disagree with my method and tell me how they pity me. They shame me for speaking ill of my husband and insist that their perfect partner would never do that. In fact, some have gone as far as to say that if my husband truly loved me, he’d never even think of doing some of the things I’ve mentioned.

Call me crazy, but I don’t think that my husband allows the recycling bin to overflow before he takes it out because he hates me. He’s just lazy sometimes.

Sure, my methods may be unconventional and not suited for everyone, but it works for us. Which is all that really matters.

And as for the people who suggest my husband leave me because I’m “awful,” or suggest that a “real man” would never act that way, don’t worry about those trolls. I make memes about them, too.

Becky Vieira been wearing mom jeans since 2016. She writes for a variety of parenting outlets, and can often be found oversharing intimate details of her life on Instagram. She’s immensely proud of the time she thought to pee in one of her son’s diapers while stuck in her car, as opposed to her pants.

Becky’s debut book about the real realities of the first year of motherhood will be published by Union Square & Co. in May 2023. She lives in the San Francisco Bay Area with her husband, son, dog, three cats and a partridge in a pear tree.