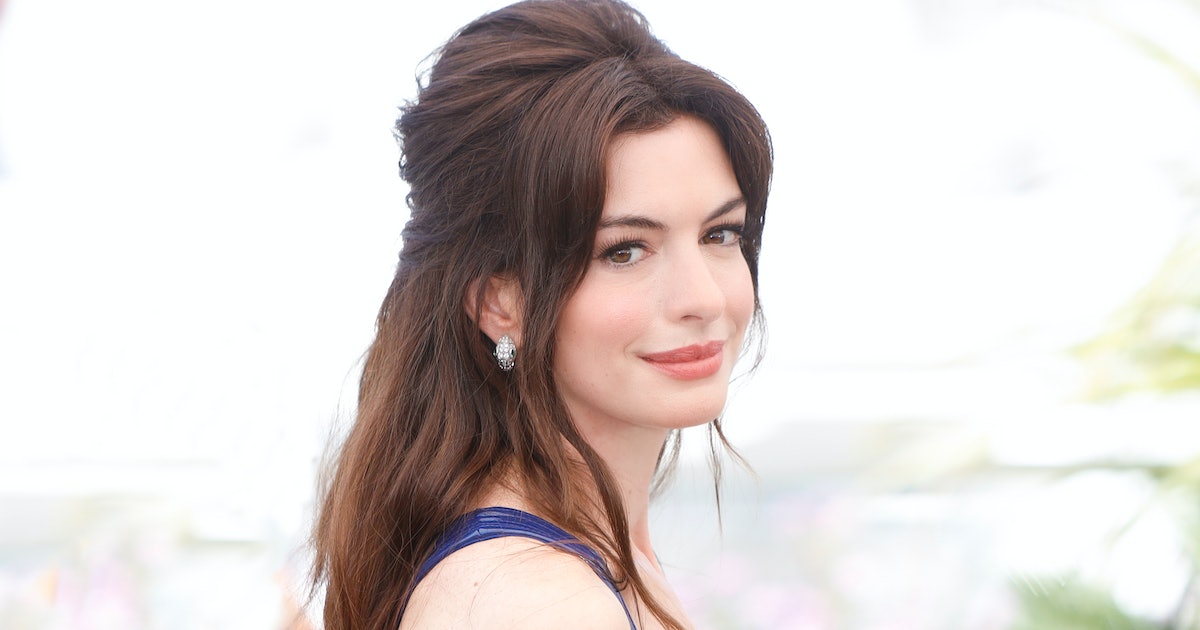 
Anne Hathaway is angry, for all women and moms out there. The 39-year-old mother of two shared her feelings on the recent headlines she’s seen surrounding everything from the Roe v. Wade reversal to the baby formula shortage — and she’s disgusted.

In a new cover story with Interview Magazine, Hathaway answers 20 questions from her Hollywood friends and colleagues — one being from her Princess Diaries co-star Julie Andrews.

“I have never seen you angry. What really ticks you off?” Andrews asks, to which Hathaway responds, “Who would ever be angry around Julie Andrews?”

“But currently,” she continued, “what makes me really angry is that I can look at a newspaper and on the front page, see that there are plans in place to overturn Roe v. Wade next to an article about how there’s a baby formula shortage, which has reduced the availability of baby formula by 43 percent. And what makes me angry is the people that are cheering for the overturning of Roe v. Wade, will not have a conversation about that point in the future when those two stories intersect. And the people who have been working so hard to overturn Roe v. Wade have done so without making any effort at creating a more fair, just, and equitable society, and affordable, by the way, in which to have children.”

“I’m not someone who likes shaming people,” Hathaway concluded, “but like I said, I’m angry.”

Hathaway is, of course, addressing the likelihood that the Supreme Court will overturn the seminal 1973 court case that made safe and legal access to abortion a constitutional right in the U.S. That news stacked on top of the lack of infant formula available to worried parents across the country is proof enough to Hathaway that this (waves around) is the bad place — especially for women. (Could you imagine if she knew about the tampon shortage when she completed this interview?)

Hathaway, who has two sons — Jonathan, 6, and Jack, 2 — with husband Adam Shulman, is a UN Goodwill Ambassador and staunch supporter of women’s rights. In the past, she has fought for equality in the home and workplace, affordable childcare, parental leave and education.

When asked what feminism means to her by Matthew McConaughey, Hathaway told Interview, “In this moment in particular, it exists on multiple levels. It is the definition of a human being that believes in equality for women, but I would add for all genders. And feminism as a movement is of course complicated, but also should be moving towards the concept of feminism not being provocative.”

The WeCrashed star, who’s been open about infertility and “conception hell,” went on to discuss how she herself balances work with family life, responding to an Octavia Spencer comment about her “nurturing” qualities.

“Well, how do I put it? No one’s forcing me to do anything. No one forced me to be a mother and no one forced me to be an actress. Neither one was like, ‘Oh, how did that happen?’ Both my career and my family took effort to build and maintain,” she said, adding, “And I mean, I’m human, I have moments. But like I said, when gratitude is an option, I’m going to choose that every time. It’s what I want. I don’t know if it’s that I’m at a point in my life, or that the world’s in a place where it is, but there are no guarantees, and I’ve lived long enough to know that the only thing we can count on is the present moment. I don’t want to give anything away to unnecessary drama or negativity. I’d rather just be present with these things that I love.”

Hathaway also credited Shulman with being “the world’s greatest partner” whom she not only loves but really likes.

“He believes in and supports my dreams and somehow did not internalize any of the world’s nonsense about gender roles. And so we live in a home in which what I do is valued and celebrated and that’s the perspective that he gives my children when I’m not around, that, ‘We’re so proud of mommy. We’re so grateful for the work that she does.’”

Proud and grateful is right.