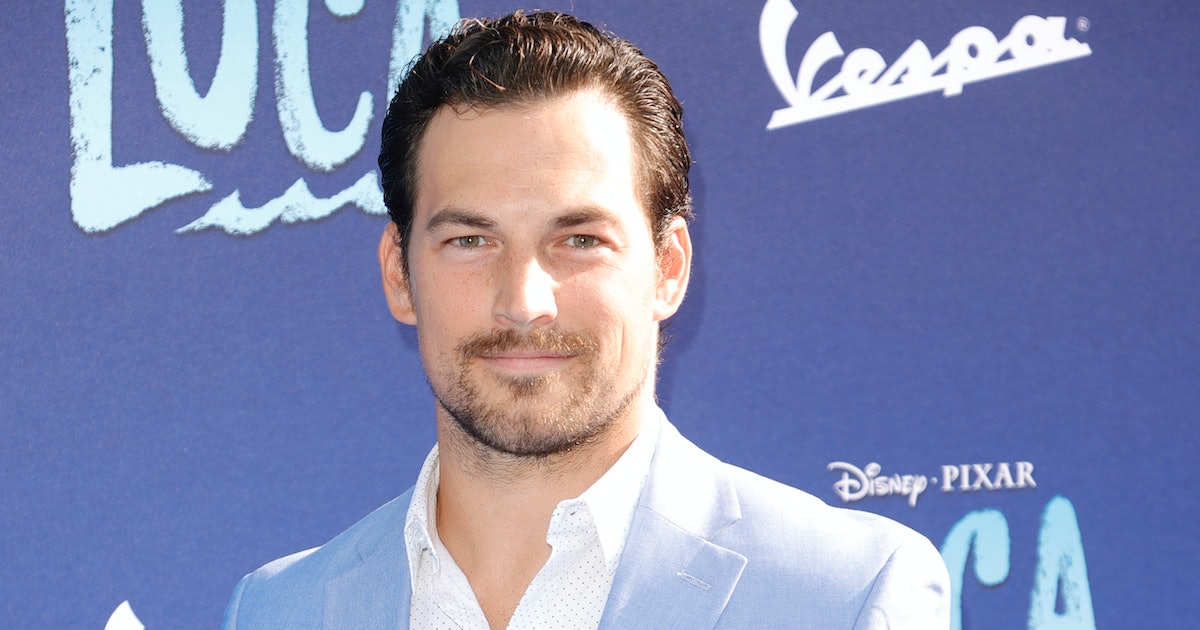 
It’s standard practice to keep a pregnancy under wraps for the first 12 weeks, when miscarriage is most likely to occur. And women who choose to share their stories of pregnancy loss often do so with other women, who have either experienced a miscarriage as well or know others who have. Miscarriage is common, after all. It is how one in four pregnancies end.

What’s less common is hearing the perspective of expectant dads who have experienced loss. While it’s not happening to their body, miscarriage affects men, too. But between the secrecy surrounding early pregnancy, and the cultural expectations we have about men not sharing their feelings and not being as engaged in the work of parenting, it’s not a topic many men are brave enough to discuss in public.

Grey’s Anatomy alum and Luca voice actor Giacomo Gianniotti is not sticking to this gendered script. In the June 13 episode of the Man Enough Podcast, the 32-year-old prospective dad talked openly about the pain he felt when his wife, Nichole Gianniotti, experienced miscarriages and required “medical abortions.” He also added his voice to the chorus of those advocating for abortion rights at a time when they’re under grave threat, with the fall of Roe v. Wade likely in the coming weeks.

“During the pandemic, my wife and I suffered two back-to-back missed miscarriages,” Gianniotti told podcast hosts Justin Baldoni, Liz Plank and Jamey Heath. “Even though my suffering can’t even be compared to my wife’s suffering, I still suffered. I still lost two children. I’m never going to meet them, never going to know their names, never going to get to push them on a swing,” added Gianniotti.

The actor described the trauma as unfolding on three levels. “The first trauma is finding out that you’ve lost your child,” he said. “The second trauma is having to go to a medical facility where that child is having to be removed from her body.” Finally, “the third trauma is having to share this news,” Gianniotti explained, “and having to re-live that trauma in the sharing of it.”

In a missed miscarriage, where the fetus has died but the body has not expelled the pregnancy, a doctor either prescribes medication or performs a D&C (dilation and curettage) procedure to remove the contents of the uterus. This is the same medication and the same procedure doctors use when providing abortions.

Going through the experience during the pandemic was “incredibly isolating,” Gianniotti said. Nevertheless, he felt grateful that their “socioeconomic privilege” allowed them access to “a top healthcare facility.”

“Men need to speak up and share their stories, now more than ever,” Gianniotti said.

Nichole wrote in an Instagram post that she is “proud” of her husband for sharing their story on the podcast. “I hope that other men can feel seen by seeing a man like a mine @giacomo_gianniotti be so incredibly vulnerable and feel like they too can speak on these issues.”

“Experiences like this can either make or break a relationship, and I’m very lucky to say that we got closer,” said Gianniotti. “If we can get through this, then what can’t we get through?”