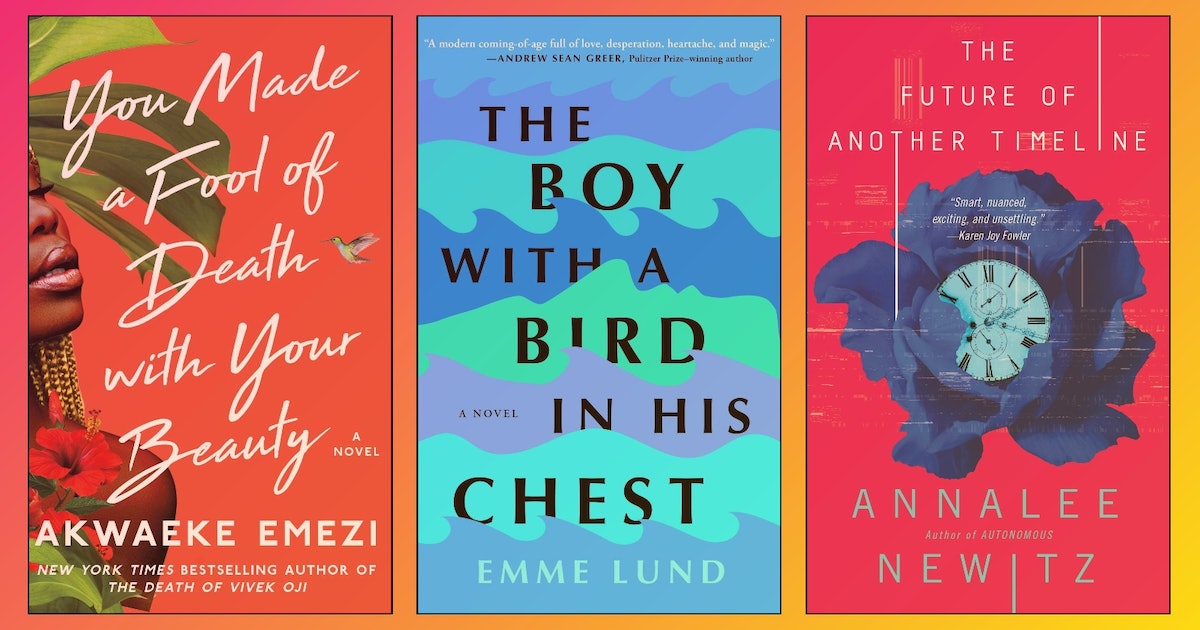 
The LGBTQ+ genre is rapidly growing (we love to see it!) with swoony queer romances and goosebump thrillers. One sliver of that massive genre is books written by and about transgender and nonbinary people. Reading isn’t only a great way to celebrate and support the LGBTQ+ community, but to learn about and understand different identities as well.

This June, we’re excited to bring you an amazing list of transgender, gender nonconforming, and nonbinary-centered novels you can read throughout Pride Month and beyond. Keep an eye out for buzzy authors like Anita Kelly, TJ Alexander, and Akwaeke Emezi, whose novel You Made a Fool of Death With Your Beauty is headed to the big screen. However you like consuming your reading material, we highly suggest adding these titles to your home — or digital — library.

Here are 12 trans and nonbinary novels we’re adding to our TBR stack:

We only include products that have been independently selected by Scary Mommy’s editorial team. However, we may receive a portion of sales if you purchase a product through a link in this article.

Gender nonconforming author Jacob Tobia is redefining what it means to be “a sissy.” The label was once used to belittle their shared sense in both “boy” and “girl” things, but now it’s a badge of pride. Tobia takes readers on their journey of gender and self-acceptance in their highly entertaining and eye-opening memoir.

Have an appetite for romance novels? This queer rom-com follows perfectionist pasty chef Simone Larkspu, whose quiet work-life is upended after she’s forced to showcase her skills in front of the camera. Things unexpectedly escalate in the romance department when Simone’s boss partners her with the new nonbinary kitchen manager.

Amazon Studios is adapting Akwaeke Emezi’s debut romance novel into a movie, and they will be executive producing! Protagonist Feyi Adekola gets herself in an awkward pickle when she begins developing feelings for her boyfriend’s father. Simultaneously, Feyi is learning how to love again; she lost her soulmate five years prior.

The Boy With a Bird in His Chest by Emme Lund

Tender and magically allegorical, The Boy With a Bird in His Chest is about a boy named Owen, who grapples with acceptance, love, and identity while living with a bird in his chest. The book took Emme Lund seven years to write, in part because she was uncovering her own identity: first coming out as gay, then announcing her full self to the world as a trans woman.

When Vera’s mother summons her home, she listens. Vera is back at her childhood home where her father, a serial killer, once lived… and buried the bodies of his victims. As it turns out, her mother has a guest. When Vera starts finding notes around the house in what appears to be her late father’s handwriting, she sends herself into a downward spiral looking into her father’s and the guest’s past.

Love & Other Disasters by Anita Kelly

Anita Kelly’s Love & Other Disasters features all the necessary ingredients for a buzz-worthy debut romance novel. It centers around a fiery workplace romance between two contestants — one of which is the reality TV show’s first openly nonbinary participant — on the famed cooking competition show Chef’s Special.

Penfield is a trans man who is a dog walker by day, and a professional Instagram stalker by night. His stalkee? A trans mega influencer named Aiden, who’s built a large following while openly documenting his transition. Penfield casts a hex on Aiden out of spite, but it goes exponentially wrong and the curse is bestowed upon another trans man instead.

For the Love of April French by Penny Aimes

April Fresh is a trans woman who’s given up relationships for good. From here on out, she’s interested in — and only in — hot, crazy sex with strangers. Then she hooks up with Dennis. Their unforgettable one-night stand motivates Dennis to fight for April, despite her anxieties and fears towards commitment.

Torrey Peters weaves together the lives of three transgender and cisgender women as they find themselves intertwined by the news of an unexpected pregnancy. Detransition, Baby is one of Scary Mommy’s most talked-about book club picks. It won the 2022 PEN/Hemingway Award.

Felix Ever After by Kacen Callender

While attending a summer arts program (in hopes of bettering his Brown application), Felix receives transphobic messages from a peer. Images of Felix before he transitioned alongside his deadname start circulating around campus. So, he hatches a plan for revenge — only, the plan didn’t include falling in love.

If I Was Your Girl by Meredith Russo

Amanda Hardy is the new kid on campus and to make things even more nerve-wracking, she’s harboring a secret her classmates aren’t aware of. One she refuses to tell anyone, that is until she meets Grant. If Amanda tells Grant she’s trans, will he still want to spend as much time with her? Will their friendship bloom into something more or will the news turn Grant away?

The Future of Another Timeline by Annalee Newitz

If you enjoy reading about time travel and crime, then you need to add The Future of Another Timeline to your TBR list. It’s told in alternating POVs and takes place in two different decades, until a war reunites our protagonists in modern day.