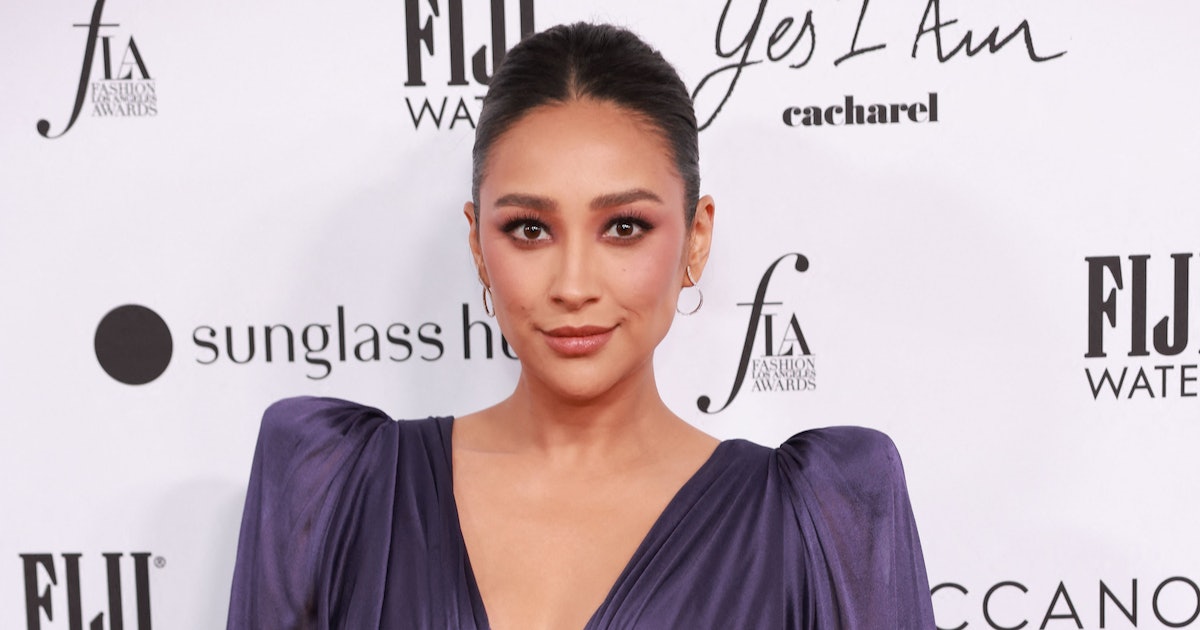 
Shay Mitchell and Matte Babel are parents of two! Mitchell confirmed the news to E! News at the BÉIS Motel pop-up at The Grove in Los Angeles on June 4.

“I recently just had my second child and this is why this is all so much sweeter because this is the first time I’ve actually been outside of the house since having her,” the Dollface actress said at the event promoting her travel brand BÉIS.

“It’s really special to come and visit my other baby.”

According to People, Mitchell had the baby two weeks ago, but no exact date has been revealed.

Back in February, Mitchell shared the news that she and her longtime partner Matte Babel were expecting.

Mitchell posted a stunning set of maternity photos on Instagram, and noted how bittersweet the news was, as her grandmother, to whom she was incredibly close, had passed away a week prior.

On June 5, Mitchell shared her first photo of her second daughter, revealing her name with a dainty nameplate necklace: Rome. The inspiration? Mitchell’s grandmother.

“Losing the most important person in my life in the same year I welcomed my second daughter has shifted everything for me, but one thing remains steady in my soul — I’m certain they spent time together and that brings me peace and joy,” Mitchell captioned the image.

“ We’re so happy you’re here Rome, named after my best friend, my soulmate, my “person,” my Grandma Romaine. ❤️”

Mitchell and Babel welcomed their first child, daughter Atlas Noa Babel, on October 8, 2019. The two have been dating since 2017, and Mitchell has called Babel a “great” father.

“I think when you find someone who has the same morals as you, it makes parenting a lot easier,” she told E! News. “It’s definitely a partnership. Finding somebody who has similar morals to you is extremely important.”