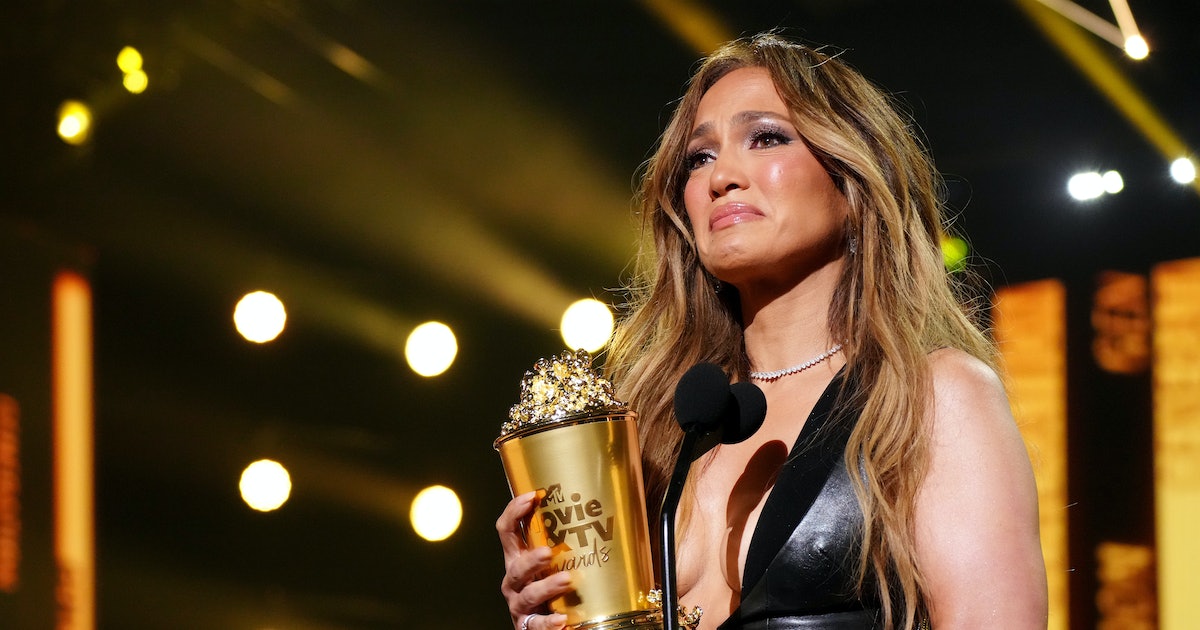 
Jennifer Lopez was honored with the Generation Award at the 2022 MTV Movie & TV Awards on Sunday night, and gave an emotional speech thanking the ones who inspired her career — including the people who helped her as well as the things that held her back.

In the four-minute long acceptance speech, the 52-year-old actor and singer teared up as she thanked “disappointment and failure for teaching me to be strong,” and her children, 14-year-old twins Max and Emme, “for teaching me to love.”

She went on to call out all the haters who didn’t believe she could be a triple threat in an unrelenting industry, as well as the fans who continued to support and encourage her.

“You are the reason that I am here and that I have been here,” she added, through tears, “and I love you. I love you!”

J.Lo also gave a special shoutout to her “ride or die” — her longtime manager, Benny Medina — for believing in her since the beginning of her Hollywood journey. She said he’s been at her side through her “lowest, and most hopeless” points and that she will never forget his kindness.

And although Lopez didn’t thank her fiancé Ben Affleck personally, she did mention him before she left the stage at the Barker Hangar in Los Angeles, saying, “Ben and everybody at home, wait for me to have dinner. I’ll be home by 7!”

Lopez and Affleck dated in the early aughts and got engaged in 2002 before splitting months after calling off their wedding due to “excessive media attention.” The pair welcomed children with their respective ex-spouses — Marc Anthony and Jennifer Garner — before rekindling their romance in 2021 after Lopez’s breakup with former fiancé Alex Rodriguez.

Affleck proposed with a green diamond ring while J.Lo was in the bathtub, she announced in April.

“I was smiling so big and tears were coming down my face, feeling so incredibly happy and whole,” she said on her personal blog. “It was nothing fancy at all, but it was the most romantic thing I could’ve ever imagined…just a quiet Saturday night at home, two people promising to always be there for each other. Two very lucky people.”