29 Dinosaur Movies For Kids Your Little Paleontologist Will Love 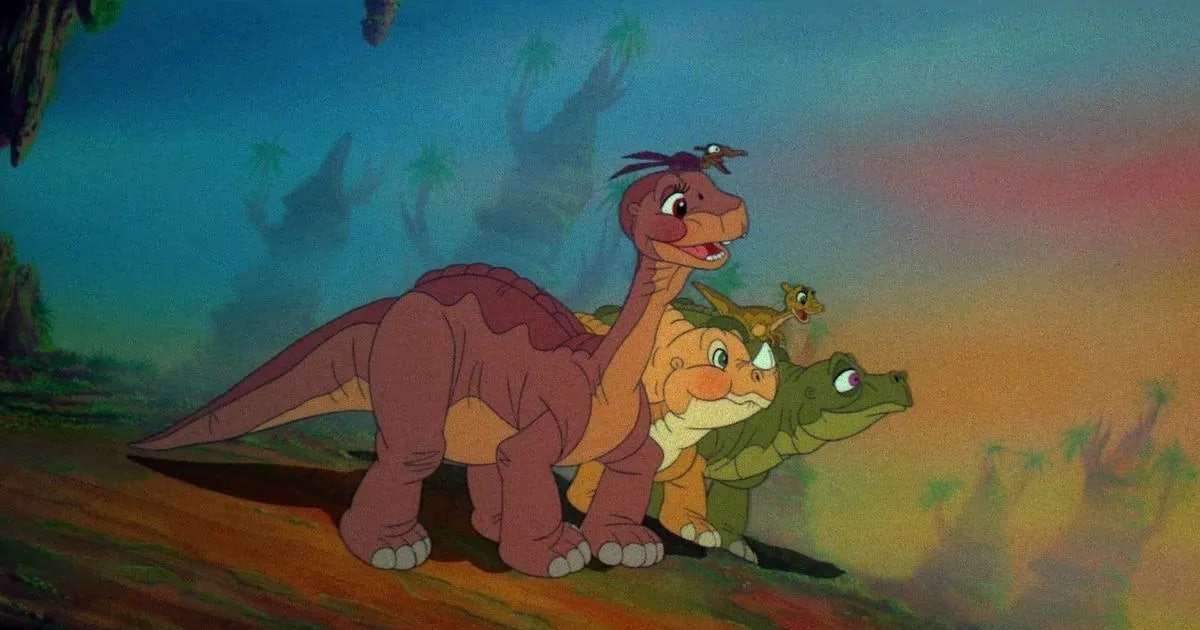 
Dinosaurs have been extinct for millions of years, yet they remain a dominant part of today’s culture. Dinosaur toys, costumes, decorations — the memorabilia surrounding these fierce yet intriguing creatures knows no bounds. Dinosaur movies, in particular, are all the rage these days and have been known to appeal not just to adults but also to kids. Sure, it’d be terrifying to come across any of these deadly dinos in real life, but from the safety of our couches, watching them all run amok is a rip-roaring delight (sans for the people they gobble up, of course).

However, just like the dinosaurs themselves, some movies about dinosaurs can be more violent than others. In fact, depending upon what you’re most comfortable with, there are a couple of films out there you may not want your children to watch before they reach a certain age. After all, many a ’90s kid lived in irrational fear of being picked off a public toilet by a t-rex, like that unfortunate lawyer in the original Jurassic Park. If you decide to wait a few more years for those, that’s completely fine and totally up to every parent’s discretion. However, it might be helpful to know what kind of selection is out there in case any dino-obsessed kiddos want to have a movie night in the near future.

Thankfully, there are plenty of great options out there if you know where to look. So without further ado, here are all the dinosaur movies your kids are sure to love.

Classic Dinosaur Movies for Kids to Cue Up First

Odds are there will be plenty of tears (from kids and adults alike) during your viewing, thanks in large part to that heartbreaking scene between Littlefoot and his mother, but don’t let that keep you away from this timeless classic about family, friendship, bravery, and the power that comes with believing in yourself. You’ll find yourself rooting for Littlefoot’s journey to the Great Valley every step of the way.

Let’s be honest, it’s unlikely that dinosaurs and humans would’ve ever been able to co-exist, let alone be friends. Yet the feel-good animated film The Good Dinosaur allows us to live out that possibility through the unlikely friendship of Spot and Arlo. The story will kick you right in the emotional feels and have your child asking nonstop for a pet dinosaur.

Sure, science claims that the core of the Earth consists of scorching iron and nickel. But what if that wasn’t the case? What if, in actuality, there was another world that existed inside of this one? That’s precisely what Trevor Anderson (Brendan Fraser) and his nephew Sean (Josh Hutcherson) set out to discover in this latest adaptation of Jules Verne’s famous 1864 novel. Dinosaurs aren’t the only dangerous creature to worry about in this fantastical, underground world, but it’s still featured prominently enough to qualify as a dino movie. By the end, you’ll be thankful those things are long extinct. (Or are they?!?!?)

For some, this franchise as a whole could be a tough call since all of the Jurassic Park movies are rated PG-13. Does that mean you have to wait until your kid is 13 for them to watch it? No, but if that’s what you decide to do, that’s entirely up to you. Some parents may feel their child can handle these films earlier than that and not find them too scary, whereas others may feel differently. No one knows your kid better than you, so that’s entirely your call. But when that time comes, this is sure to rank on your kiddo’s list of favorite films. Hold onto your butts!

If you think your kiddo may be a little too young for Jurassic Park but think they’d still love a storyline about dinosaurs returning in modern-day times, this animated adventure should be the perfect compromise. It has action. It has heart. And plenty of ginormous, razor-sharp teeth to go around.

Even More Picks for Your Future Paleontologist