Post Malone Is So Excited To Become A Dad 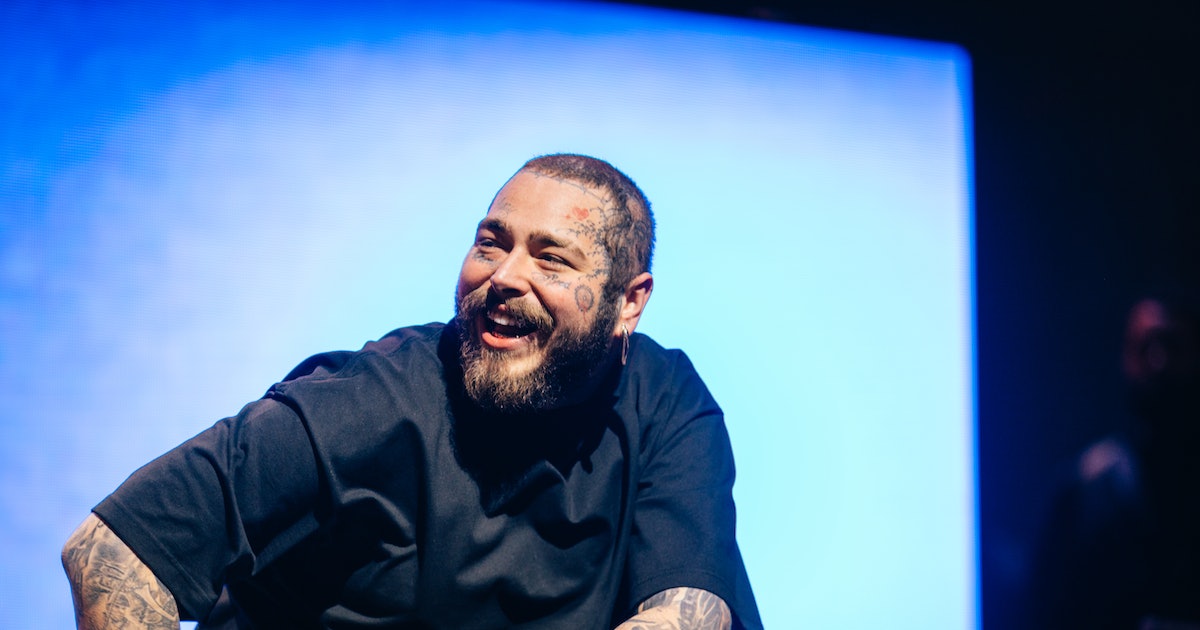 
Don’t let the tattoos fool you, Post Malone is a natural nurturer. If his big smile and easy-going personality haven’t won you over, his story about his childhood baby doll just might. The rapper and expectant father recently sat down with Zane Lowe from Apple Music to discuss his latest album, Twelve Carat Toothache, as well as his personal life.

The “Sunflower” singer revealed that he has entered a new stage in his life, where he is surrounding himself with more “good vibes and good energy,” and has transitioned from a life of partying to a slower pace with friends and family close. This comes as no surprise as Malone announced exclusively to TMZ last month that he was expecting his first child with his girlfriend, whose identity has been kept under wraps.

When asked by Lowe whether or not parenting has always been a dream of his, the Budweiser fanatic shared he’s “pumped beyond belief,” and recalled a childhood memory that, well, is just the sweetest thing ever.

“As a kid, I was like 4 or 5, and I had this little baby I would carry around everywhere. It was a baby doll,” he continued. “And I thought that was the coolest thing. I would take him around everywhere. And I don’t know how long that lasted. But my mom still has it,” Malone said.

He went on to express how excited he was to become a parent, admitting he thinks he will be a “hot dad.”

In his initial announcement, Posty raved, “I’m excited for this next chapter in my life, I’m the happiest I’ve ever been, and for since I could remember I was sad. Time to take care of my body and my family and friends, and spread as much love as we can every day.”

Looks like LA will have to deal, because Post Malone is living his best life in Utah, and the dad version of the entertainer might be even cooler than he is now.

Born Austin Richard Post, the songwriter identified as an introvert sharing that regardless of the pandemic, he is quite the homebody. “I don’t leave my house,” he says.

“You offer so much of yourself, each time you perform or you know, go out on stage and [do all these] interviews and all this stuff, you offer so much and at the end of the day, for me at least, I get very tired and very sleepy. And so, I just kinda like hanging out at the house, and playing with magic cards and playing with video games,” he explains.

The world doesn’t know much about when the baby is due or who Post’s baby mama is, but it sounds like the kid is going to have a pretty cool dad who is extremely excited to meet them.