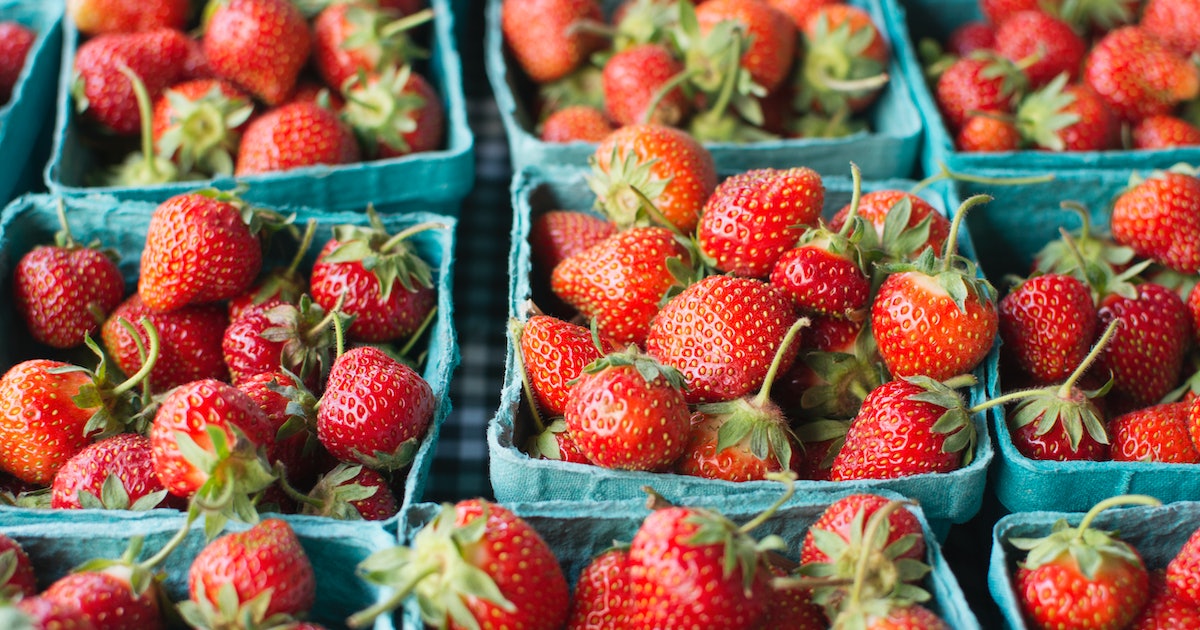 
As if parents don’t have enough to worry about right now, news of contaminated strawberries causing a hepatitis outbreak in the U.S. and Canada might just be enough to make you want to curl up in the fetal position and cry. Before you panic, it’s worth knowing exactly what’s happening and why you likely don’t have much to worry about, even if you and your family have been snacking on strawberries lately as the perfect seasonal treat.

What To Know About The Recall

On May 28, the U.S. Food and Drug Administration (FDA) announced that fresh organic strawberries sold under the brands FreshKampo and HEB were believed to be the cause of a multistate hepatitis A outbreak in the U.S. and Canada. The tainted strawberries would have been purchased in the U.S. between March 5 and April 25 at grocery locations nationwide, including Aldi, HEB, Kroger, Safeway, Trader Joe’s, and Walmart, among others.

The affected strawberries are not currently being sold since it’s beyond their freshness dates. Still, the FDA warns shoppers who may have purchased strawberries during this time and frozen them for later consumption to throw them away out of an abundance of caution. The agency is working with the Centers for Disease Control and Prevention (CDC), as well as local partners here and in Canada, advising anyone to toss frozen strawberries if they’re unsure of whether or not the recall impacts them.

According to the FDA, at least 17 cases of hepatitis A — including 12 in California, one in Minnesota, and one in North Dakota — have been linked to strawberry consumption. The outbreak has led to 12 hospitalizations but no deaths so far, with illness onset dates ranging between March 28 and April 30. It’s unclear the ages or vaccination status of the reported cases.

Everything To Know About Hepatitis

As you’re likely well aware by now, hepatitis — the infection at the heart of the strawberry recall — has been in the news quite a bit lately, and it’s all due to the mystery hepatitis outbreak impacting children in the U.S. and other countries around the world. Thankfully, a pediatrician tells Scary Mommy that the two are not linked, and that there’s very little to be concerned about as long as you follow guidelines and updates when it comes to preventing sickness in your little ones.

First, a quick refresher on the different types of hepatitis: “The word ‘hepatitis’ just means inflammation of the liver,” as Rebekah Diamond, M.D., an assistant professor of pediatrics at Columbia University and author of the forthcoming book Parent Like a Pediatrician, previously told Scary Mommy. “There are specific viruses that are famous for causing liver inflammation, and these are commonly referred to as ‘hepatitis’… If you hear about Hepatitis A, B, C, D, or E, this is what that’s referring to.”

Diamond notes that the illness linked to the tainted strawberries is hepatitis A, a liver infection most commonly caused by food or water contamination. Chicago-based internal medicine physician Vivek Cherian M.D. notes that hepatitis A is “quite contagious,” and according to the CDC, can be spread either by eating contaminated food or beverages or by someone “unknowingly ingesting the virus — even in microscopic amounts — through close personal contact with an infected person.” Says Cherian, “Symptoms of hepatitis A can last up to two months and include jaundice (yellowing of the skin and/or eyes), fatigue, nausea, and stomach pain. Luckily, most people with hepatitis A do not have a prolonged illness.”

Cherian adds that, thankfully, hepatitis A is vaccine-preventable, so touching base with your child’s pediatrician — particularly if they have not been vaccinated against hepatitis A — is never a bad idea if you have any concerns about their health. That said, Diamond notes there is no link between both outbreaks as they’re two different types of hepatitis.

What To Do Next

Diamond echoed the FDA’s recommendation to toss any frozen strawberries if you’re unsure of their safety, but otherwise, there’s no need to worry. “To say there’s so much to worry about as a parent these days is an understatement,” says Diamond. “As with all possible exposures and risks, it’s important to take it seriously but also not worry excessively or unproductively. Simply following guidelines as updated per official health authority recommendations is all that’s needed to keep your kids protected.”

Generally speaking, “You can keep an eye out for symptoms of hepatitis which include yellowing skin/whites of eyes, vomiting, fatigue, dark urine, and pale stool,” says Diamond. “These are changes you would have noticed in your child and discussed with your pediatrician, so remember that following your parental instinct and working with your doctor is the way to go.”

Rebekah Diamond, M.D., an assistant professor of pediatrics at Columbia University and author of the forthcoming book Parent Like a Pediatrician