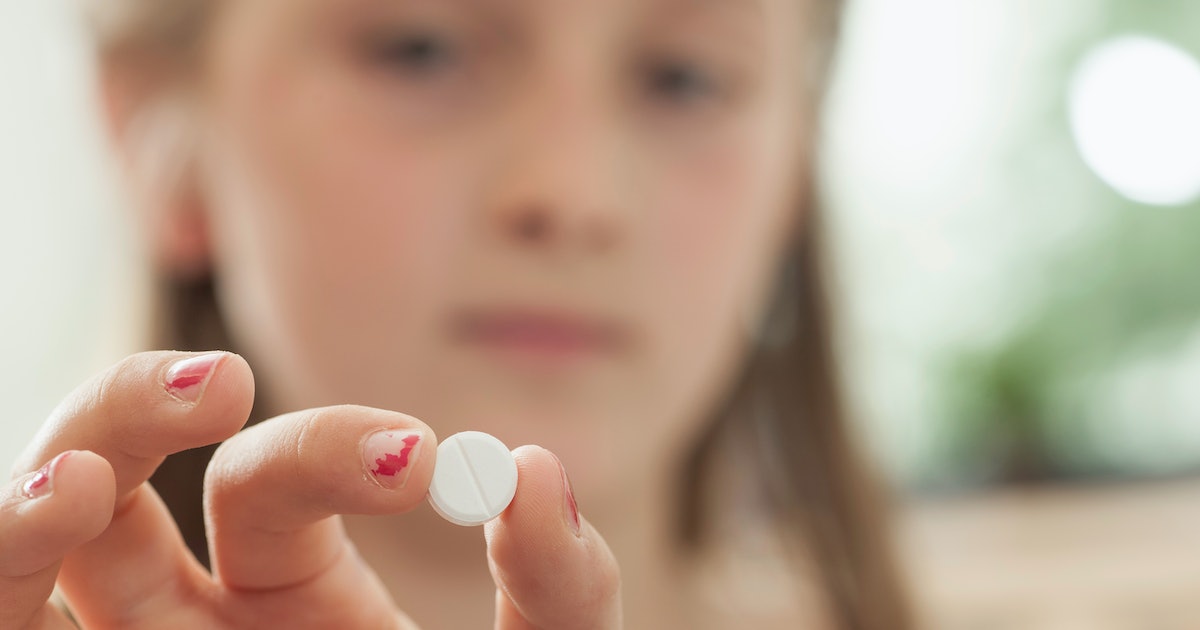 
There are a lot of strong feelings surrounding ADHD medications being prescribed for children. For some, a small dose of ADHD meds works wonders for a child. For other kids with ADHD, stimulants might only exacerbate whatever issues they were facing in the classroom or other social settings. For still others, it simply doesn’t have an effect, or comes with side-effects.

A new study conducted by researchers at Florida International University (FIU) and published in the Journal of Consulting and Clinical Psychology suggests that ADHD medication alone — be it Adderall, Ritalin, or any other amphetamine or stimulant — does not make kids with ADHD perform better academically in class.

This was the first study of its kind, according to the FIU press release.

Now before the “I told yous!” or “But meds work for my kid!” it is important to note: the study concluded that ADHD medicine alone does not improve grades or performance.

The researchers evaluated 173 children between the ages of 7 and 12 with ADHD who were participating in FIU’s Summer Treatment Program, a “comprehensive eight-week summer camp program for children with ADHD and related behavioral, emotional and learning challenges.”

The kids all had two consecutive phases of daily, 25-minute instruction in vocabulary, science, and social studies. Each child was randomly medicated with a sustained-release stimulant medication during either the first or second phase, and received a placebo during the other.

Researchers found that whether the child was taking the placebo or the medication, they learned the same amount of content, no matter the subject.

“It’s a very surprising finding,” William Pelham Jr., senior author of the study and director of the FIU Center for Children and Families, which aims to improve mental health among children and their families, told Miami Herald.

But let’s stop and think for a second. This shouldn’t be all that surprising. There’s no magic bullet for, well, anything, especially something as complex and multi-faceted as a child’s educational experience.

“Medication helps a child behave better in school, and doctors and teachers think that is going to result in better achievement so they won’t be falling behind and they won’t fail. What this study shows is the medication has no effect on how much kids learn in the classroom setting,” Pelham added.

What the study did find is that ADHD medications did help a student sit longer or listen to directions more closely, but the scores weren’t noticeably higher.

The only time that medication seemed to positively impact scores is when the children took the medication the day of a test, aka a day they would have to sit in one spot and concentrate for an extended period of time.

In the press release, Pelham advocated for behavioral intervention, in addition to medication, saying that it is “best for children with ADHD because they, their teachers, and their parents learn skills and strategies that will help them succeed at school, at home and in relationships long-term.”

He expanded on this notion to Miami Herald, noting that while many kids get medication for ADHD, that is all they get — and any parent who has a child with ADHD knows that medication is often just one of the many tools in the ADHD management toolkit.

The study has yet to be replicated in larger, classroom settings, which researchers note could play a critical role in future findings regarding the efficacy of ADHD medication for children in the real world.

Until then, let’s save the judgement of parents who medicate versus those who don’t, because every kid’s ADHD journey and treatment plan is different.