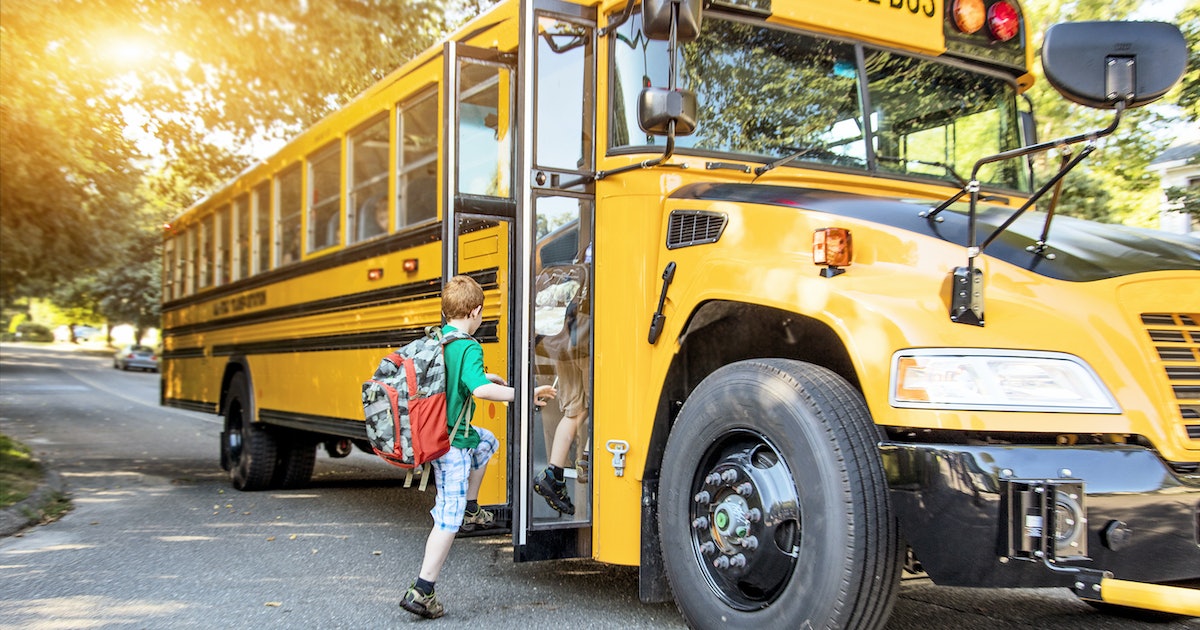 
On Friday, Vice President Kamala Harris, Environmental Protection Agency (EPA) Administrator Michael Regan, and other officials visited Meridian High School in Falls Church, Virginia, to announce the release of the first $500 million of the $5 billion earmarked to replace the nation’s diesel school buses with low or no-emissions ones.

It’s a move that will help kids and the environment.

“These funding opportunities to replace older, heavily-polluting buses will result in healthier air for many of the 25 million American children who rely on school buses, many of whom live in overburdened and underserved communities,” Regan said in a statement from the EPA.

Diesel vehicles, which comprise 95% of the nation’s current fleet of 480,000 buses, contribute to greenhouse gas emissions and air pollution, exacerbating asthma and other health problems in children and others. In addition to carbon dioxide, diesel fumes contain benzene, a known human carcinogen.

The pollution levels inside buses can be up to ten times as high as levels measured outside of the buses, and buses that are idled and queuing — as during morning drop-off and afternoon pick-up — produce the highest levels of particulates and black carbon.

The bulk of carbon emissions in the U.S. come from transportation, so the cleaner air will not only benefit the health of the children riding the buses and their communities, it will be a step toward combating air pollution and climate change in general.

The $2.5 billion of the allocated funds would go to purchasing approximately 11,000 new electric buses, while the other half of the money would be used to purchase “low-emissions” buses. Under the plan, the EPA will prioritize underserved districts serving urban and rural areas as well as Tribal schools.

In his Bipartisan Infrastructure Plan, President Biden initially sought a total of $174 billion to support the market for electric vehicles. That plan aimed to replace 96,000 diesel buses, representing about 20% of the nation’s total.

Although the $5 billion won’t go nearly as far as $174 billion, it is nonetheless a historic investment in electric school buses, and any reduction in air pollution will benefit children.

“Too many American children are forced to breathe dirty air on their commutes to and from school. This announcement is a major down payment on ensuring that our children and grandchildren can experience pollution-free rides,” House Energy and Commerce Environment and Climate Subcommittee Chairman Paul Tonko said in the EPA’s statement.

Tonko said he hoped that the program “will set us on a path to build a cleaner, healthier, better world for our kids.”

School districts have through August 19th to apply for this first round of funding.