Disney ‘Cruella’ Parents’ Guide | Too Scary For Kids To Watch? 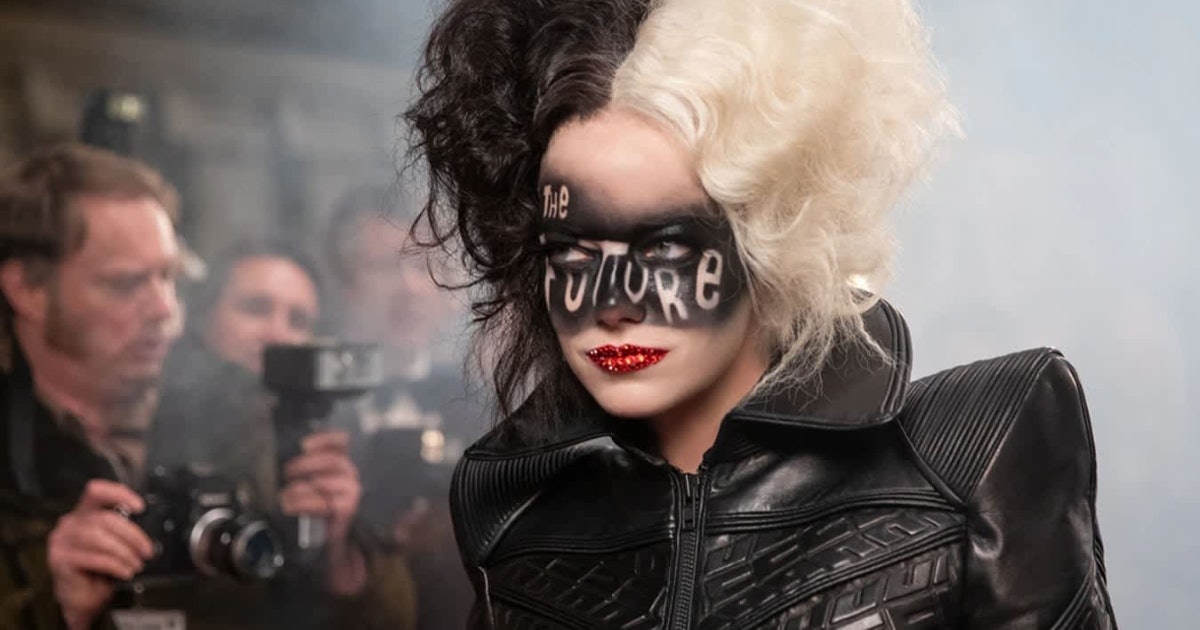 
Cruella may be a Disney movie, but that doesn’t necessarily mean it’s totally kid-friendly. The 2021 live-action adaptation, starring Emma Stone and Emma Thompson, is a rather gritty story of the birth of a famous villain. But as with so many villain origin stories, this baddie wasn’t always a villain. The woman who came to be known as Cruella de Vil is a product of her upbringing — her evil is a result of her trauma, so it only makes sense that this movie is a bit on the darker side of the Disney spectrum. This Cruella parents’ guide will give you a rundown of some of the darker themes in the movie so you can decide if you want your children to watch it.

After all, with a second installment in the works and an impressive Tomatometer score on Rotten Tomatoes, it’s the kind of movie at least one person in your house will hit you up about soon if they haven’t already. Our first recommendation? Watch the movie before introducing it to your family so that you have an idea of what to expect. Then you can decide if it’s appropriate for the kids.

Here’s everything else you need to know prior to hitting play (which you definitely should, because the movie is fantastic).

What is Cruella about?

Cruella is Disney’s story of how the villain Cruella de Vil came to be. The scary lady with black and white hair from 101 Dalmatians wasn’t always that way. Well, she did always have black and white hair, it seems. She was born Estella and was always a precocious child. She got into trouble a lot at school, so her mom pulled her out to move to London, but while on their way to the big city, Estella’s mom tragically dies. Estella suddenly finds herself an orphan in London, but she befriends two other orphan children, Horace and Jasper.

Together the three grow up as skilled thieves before Estella lands a job in fashion with the Baroness — her dream. But when she realizes the Baroness is why her mom is dead, she flips a switch and decides to take her down. This is when Cruella is born. She starts by taking down the Baroness’ brand by designing her own stunning fashion as the mysterious Cruella. The Baroness won’t stand for this and tries to kill the budding designer.

In the film’s climax, though, Estella discovers that the Baroness is actually her mother and that she tried to have Estella killed as a baby. She tries yet again to kill her as an adult, but Estella instead just assumes the identity of Cruella de Vil permanently.

There are definitely some dark themes in Cruella that might be a bit scary for children. One troubling part is right at the beginning when Estella’s mom dies. She gets chased by dogs and falls off a cliff, and while it’s not gruesome, it is sort of terrifying — especially with snarling dogs. There’s a similar scene at the end when the Baroness pushes Estella off the same cliff. Though Estella doesn’t actually die, the moment is intense.

And speaking of the dogs, some of the scenes with the dalmatians, in particular, can be frightening. The Baroness’ dogs are a bit vicious, not to mention she has them trained to attack. While they don’t draw blood or anything, they do bark ferociously. If your kid isn’t a dog person going into this film, they probably won’t be coming out on the other side either.

Cruella is left for dead in a fire at another point in the movie, which can be traumatizing to witness, too. She does survive, but you see her struggling a bit before that happens. But perhaps one of the most significant conversation starters you may need to have with your child when it comes to this movie is the whole story around Estella’s parentage. The Baroness gives birth to her but doesn’t want her, so she ends up with a different mom (who then dies a tragic death, leaving Estella an orphan). This can be confusing for children and upsetting to think that your mother doesn’t want you — and, you know, the whole attempted murder thing ups the emotional ante.

There really isn’t too much to worry about in the way of suggestive, risky, or explicit scenes. Cruella doesn’t contain any nudity, with the closest the film comes to it being a man emerging from a hotel room with a towel wrapped around his waist. There is some mild language, from tame curse words like “hell” and “damn” to name-calling (“imbecile,” “incompetent”) and the occasional poop joke. Some scenes contain smoking and drinking but essentially only by adults.

What are examples of inappropriate scenes in Cruella?

Here are a few scenes in Cruella parents may want to fast forward past or be aware of before letting their child watch this Disney flick.

What age is appropriate for watching Cruella?

Cruella may be a bit dark for young children, but those who are preteens and above probably would be OK watching. Common Sense Media deems the film is OK for those 12 and up, with parents on the site countering at age 11+ and kids suggesting 10+ makes sense.

Children who spook easily might be frightened by the dogs and the frequent mentions of death, but kids who tend to be a bit more mature would probably fare just fine. You know what your children can handle, so by considering the scarier parts, you’ll be able to gauge if they can make it through and what questions they may have.

This article was originally published on 2.9.2022