This Is Us Season 6 Cast, Premiere Date, And Spoilers 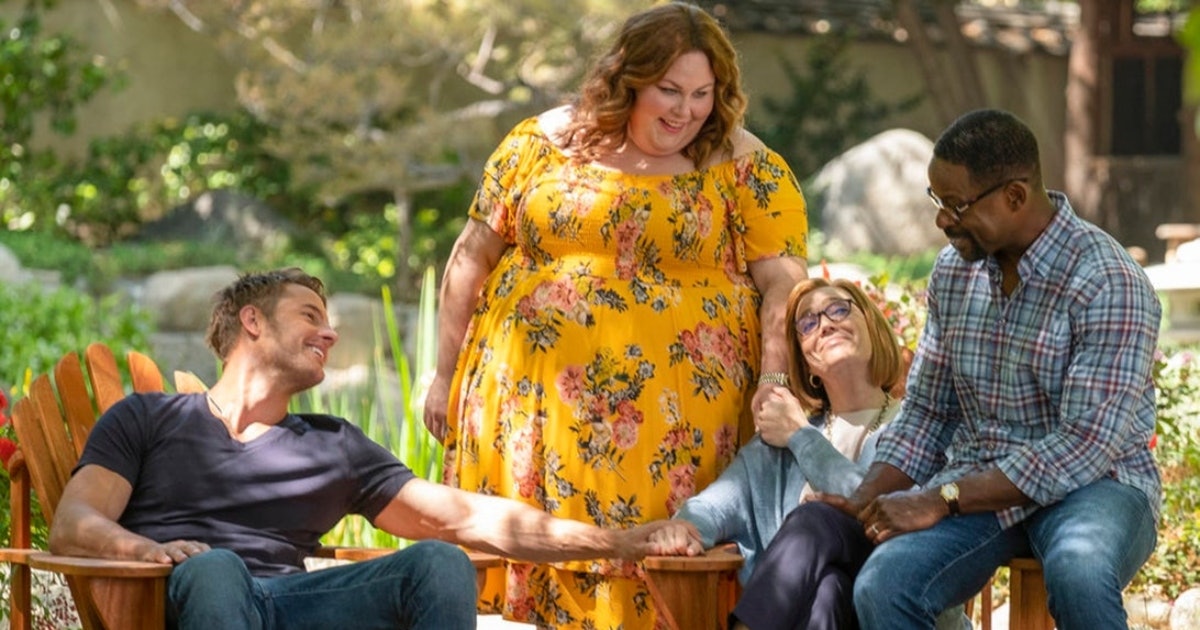 
Start stockpiling tissues now, because This Is Us Season 6 will be the hit family drama’s last. Over the course of the first five seasons, the Pearsons have welcomed new family members into their loving brood, said goodbye to loved ones (we will never forgive that slow cooker), dealt with addiction, and had a number of falling outs. As the show prepares to sign off for good, there are still a ton of questions that need answering, including why Kate and Toby get a divorce, who will Kevin end up with, and are Kate and Miguel still alive when the family gathers by Rebecca’s bedside in the future?

While the sheer number of loose strings that still need to be tied up is mind-boggling, series creator Dan Fogelman has assured fans he has a master plan designed to answer all of our most pressing questions before the finale. Still, even with his assurances, it’s hard to imagine what exactly Season 6 of This Is Us has in store for the Pearsons — especially since there are so many different timelines in play now. One thing Fogelman has promised is the ultimate ending will be a quiet one, befitting the show’s warm, family-centric storytelling style.

Per MSN, Fogelman revealed to The Los Angeles Times in 2020, “I think when the show eventually comes to an end, I think in the best way, it’ll be very quiet and normal. That’s always been the plan because, at the end of the day, it’s a story about this kind of regular family.”

Ready to find out more about This Is Us Season 6? Read on for everything we know so far about how the Pearson family’s journey will end.

When does This Is Us Season 6 premiere?

Good news, This Is Us fans: The Pearsons returned to our TV screens Tuesday, Jan. 4, on NBC. But the best news of all is this season will air almost entirely uninterrupted. Due to the pandemic, Season 5 went through several hiatuses, and fans were left frustrated because the show was off the air for weeks at a time in between episodes. That’s one frustration viewers won’t have to deal with this season.

Thanks to the midseason premiere date, the show’s final 18 episodes are expected to air almost entirely without interruptions. If you’ve been watching the Pearsons from the start, then you won’t want to miss a minute of the last season — and thankfully, there are plenty of ways to tune into the last batch of episodes.

While you can watch each episode live on NBC if you subscribe to cable or have access to local channels, there are also several reliable ways to watch the new season online, too. If you’re no longer a cable subscriber, you can catch new episodes the day after they premiere on Hulu and Peacock. Don’t subscribe to Hulu? Then you can also purchase episodes as they air via Amazon Prime Video, iTunes, or Google Play.

Who is in the This Is Us Season 6 cast?

So far, there haven’t been any new major casting announcements for Season 6. But the entire Pearson clan is returning, including Milo Ventimiglia as Jack, Mandy Moore as Rebecca, Sterling K. Brown as Randall, Chrissy Metz as Kate, Justin Hartley as Kevin, Susan Kelechi Watson as Beth, Chris Sullivan as Toby, Griffin Dunne as Nicky, and Jon Huertas as Miguel. Additionally, fans can expect to see more of Madison (Caitlin Thompson), even though she and Kevin didn’t actually make it down the aisle in Season 5.

At this stage, the biggest new addition to the cast is Chris Geere as Kate’s music teacher boss/future husband Phillip. After the big reveal in last season’s finale that Kate and Phillip end up married five years in the future, viewers can expect to see a whole lot more of him as Kate and Toby begin to grow apart. In May 2021, Fogelman told Entertainment Weekly that viewers will understand how Kate and Phillip end up together as their story unfolds this season.

“I think we wanted somebody who had a very different energy than Toby,” he explained of casting Geere. “We’ve been big fans of the actor. Why the character is a really good question and we have the answer for that, but we haven’t told you a lot about him yet, so there’s not much I can say.”

Are there any spoilers for This Is Us Season 6?

Fogelman is notoriously tightlipped when it comes to divulging This Is Us spoilers. Still, there are a couple of exciting nuggets of information floating around out there, including a few sneak peek first photos.

Most notably, both Metz and Watson are writing episodes in Season 6. Watson shared on Instagram that she’s co-writing episode six, “Our Little Island Girl, Part Two,” with Eboni Freeman. “Our Little Island Girl, Part One” aired in Season 3 and gave viewers deeper insight into who Beth was before she married Randall and joined the Pearson family. While the actual plot of the follow-up is under wraps (for now), the second episode will no doubt continue to explore Beth’s past and present.

Meanwhile, Metz is co-writing an episode with Casey Gettinger and David Windsor. There’s no word on what goes down in the episode, but with Metz co-writing, it sounds like it could include a major Kate storyline. It seems like Season 6 is going to be big on cast members pulling double duty. Not only are Metz and Watson writing episodes, but Huertas and Sullivan are stepping behind the camera to direct their fellow castmates, as well.

Another thing you can expect from this season is a strong ending that solves many unanswered questions. Brown told GoodHouseKeeping, “I think the fact that we knew, and he [show creator Dan Fogelman] knew that he had six seasons of a story that he wanted to tell from the beginning, gives us the opportunity for something that doesn’t happen a lot on network television — and that is a real sense of closure.”

On the story side of things, one big mystery will definitely be solved: how Rebecca and Miguel ended up together. In a May interview with Deadline, Fogelman shared that Season 6 will finally let viewers see Miguel and Rebecca’s love story play out. “It was going to be a big Season 6 story for us always, or last season story, getting inside of that relationship, how they came together, then how they separated, then how they found their way back to each other. We’ve only seen it in brief in like the second season of the show, so this is a real opportunity for us to explore new territory at the very end of our show.”

Where can I watch the This Is Us Season 6 trailer?

Right here. Well, at least a teaser version — for now. On Nov. 22, NBC dropped a little treat for viewers with an abridged trailer. Although it consisted of footage from past episodes, it did reveal that viewers can expect the full trailer to be released on Thanksgiving Day.

And if you’re a loyal This Is Us fan, you know how significant that day is to the Pearson fam. So, while saying goodbye is never easy, it’s clear the team behind This Is Us is working hard to give the Pearsons the farewell season they (and the fans) deserve.

According to an interview with Kelly Clarkson, Brown is just as sad about the show ending as its fans. He said this about filming the final season: “Right now I’m like, ‘Oh, we’re having a great time… blah, blah, blah!’” Brown said. “When it gets to the end, there will be no acting; it’ll be ugly [crying]… once we start to get to the last two or three episodes, there will be something that happens that I won’t be able to stop from happening because I know I’m actually saying goodbye.”

And in an exclusive interview with People, Moore lamented the same. “The idea that I won’t see these faces every day and we won’t tell these stories, it’s going to be so hard to not be able to step into those shoes anymore and to be on those sets and have this material,” she said. “It’s like, I get excited each and every time a new script comes out and to sort of dig in as a fan of like, ‘OK, what’s unfolding now?’ It’s going to be really, really hard to let go.”