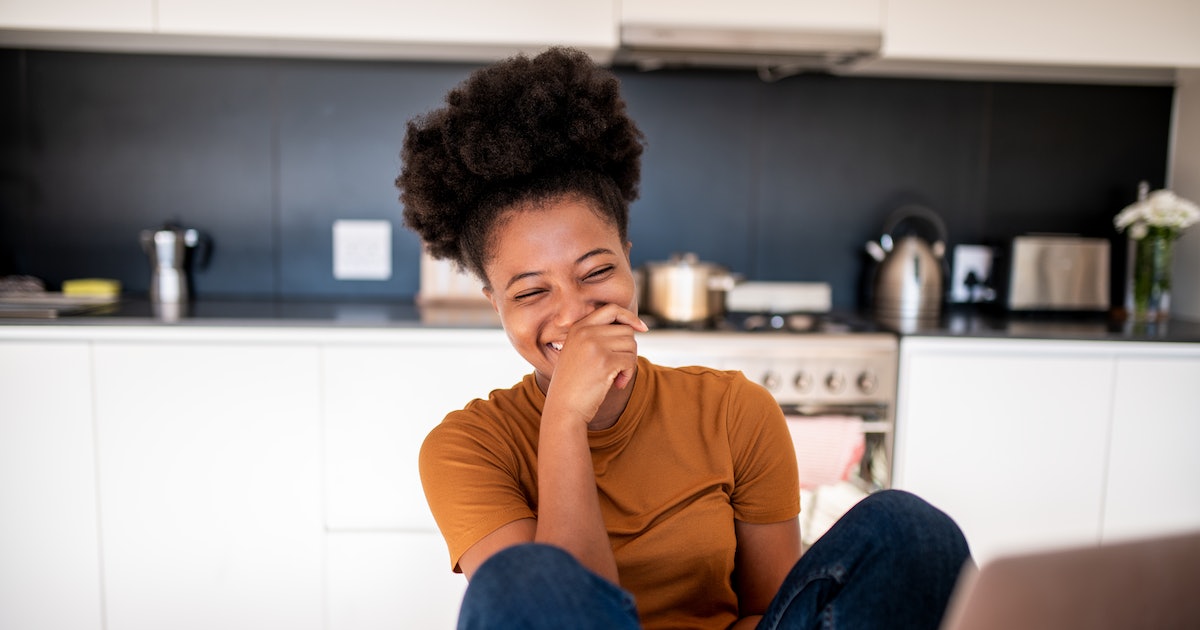 
Looking for a movie that will make you feel happy? A cinematic pick-me-up? I get it. The world can feel awful and dark — even around the holidays and especially in the middle of a pandemic. On the bright side, it might be starting to feel like we’re finally heading away from the world of The Handmaid’s Tale instead of hurtling towards it. *Still.* Homeschool is hell. And your favorite team just lost. And the days are getting shorter. When you need a little boost to get you out of your slump, sometimes the best way to proceed is to fire up that old DVD player or load up the Netflix app. Then just disappear into a happier world inhabited by all the best feel-good movies.

What is a feel-good movie, exactly? That probably depends on who’s asking. I love Almost Famous and escaping into the world of rock and roll in 1973 — but not everyone would find that world as happy and wonderful as I do. I’m including Chef on the list because I love Jon Favreau (who doesn’t, really?), food porn, and a solid redemption story. But an actual chef might not “feel good” about reliving work when they’re off. At the end of the day, a feel-good movie will look different for every person. Some people prefer movies with absolutely no sad moments. Others don’t mind a tragic start, as long as everything works out beautifully in the end.

So, yes, this list of feel-good movies is massive. There should be a little something for everyone!

Best Feel-Good Movies to Watch When You Need a Boost

Chef is such an easy premise. A tired, wildly talented chef walks away from the strains of working in a fancy restaurant. Along the way, he starts a food truck, takes a road trip, and reconnects with his family. It’s vibrant, beautiful, and just a little silly. As a bonus: This movie has spawned a whole cookie series starring Favreau.

I’ll admit it: This movie made me feel a lot deeper when I was a teen. Now that we’re older, though, it’s just the right mix of absurdity, fashion, and high school drama. Alicia Silverstone’s disgusted faces make us laugh every time.

There is so much to love about this stellar Asian-led Netflix rom-com. Not only is the cast outstanding, but the story is sweet and realistic. (Well, minus the dating Keanu Reeves part.) If you’ve ever thought about getting together with your old high school friend, crush, or ex, Always Be My Maybe will be the ultimate, adorable escape from your reality.

Can I just say, Netflix is really crushing it with their drive to make movies that feature diversity? I love, love, love To All The Boys’ look at life as a mixed family, as well as the life of three teen girls being raised by a widowed father. Will you cry at least once while watching this film? Yes. But will you be grinning ear-to-ear by that big end-of-film pan out? Absolutely. Plus, guys, there are two sequels already made and Netflix just announced a new film starring Laura Jean’s little sister, Kitty.

Ferris is a classic for a reason. From crashing a car to crashing a parade, this movie is full of absurd but still somehow relatable high school angst… and goofiness. If you don’t love Ferris, are you even capable of love?

“But this is a Christmas movie!” Is it, Karen? Is it?! Sure, it stars an elf. And, OK, it starts in the North Pole and takes place in New York City in late December. Plus, yes, there’s a whole subplot involving believing in Santa to get the sleigh to fly. Elf is so much more than any of those things, though! It’s an adventure film. A story of acceptance. And, you know, it’s even a rom-com. Did I mention it’s also funny AF? Smiling is our favorite.

If you only ever get to watch one Lucille Ball movie, it should be The Long, Long Trailer. This black and white film is full of all the normal shenanigans you’d expect to see on I Love Lucy. But it’s set around a newlywed couple who buys a car and trailer and takes a road trip across the country. This movie will either ignite or stifle your desire to own a camper and do the same.

Anyone else notice how so many movies about gay teens (and even gay adults) are often reductive and downright tragic? Life outside the heteronormative can be the latter — but it isn’t always, and it certainly doesn’t have to always be portrayed that way on the big screen. Love, Simon follows two closeted kids navigating their love story, and it manages to avoid being another depressing story about bullied teens. Seriously, it’s perfect. And it has a happy ending… something we all desperately want for the people in our lives.

Even if you hate rats, Ratatouille might change your mind. Meet Remy, a rat who has a dream of becoming a chef. And in a weird twist of fate, he gets a shot at his dream, but things get complicated when his secret gets out. Ratatouille may be about food, but it’s also a reminder to kids (and adults) to follow your dreams, no matter who they are or where they come from.

Whoopi Goldberg plays a Las Vegas entertainer who is on the run from her murderous gangster boyfriend. To save her life, she joins the witness protection program and goes undercover as a nun at a catholic school. Using her musical talents, she takes the high school’s choir to new heights and, along the way, changes the tune of her stubborn students.

An African prince determined to marry for love travels to Queens, New York, to find his bride. Although cultures and classes may clash, Prince Akeem keeps a hilariously upbeat attitude during his search. Eddie Murphy finds himself in outrageous situations and even plays more than one character as he keeps his princely status a secret. Along the way, he meets his bride-to-be, who loves him for him, but his secret may be the very thing that ruins everything.