‘Grey’s Anatomy’ Season 19 Is Happening, But Is It The Last? 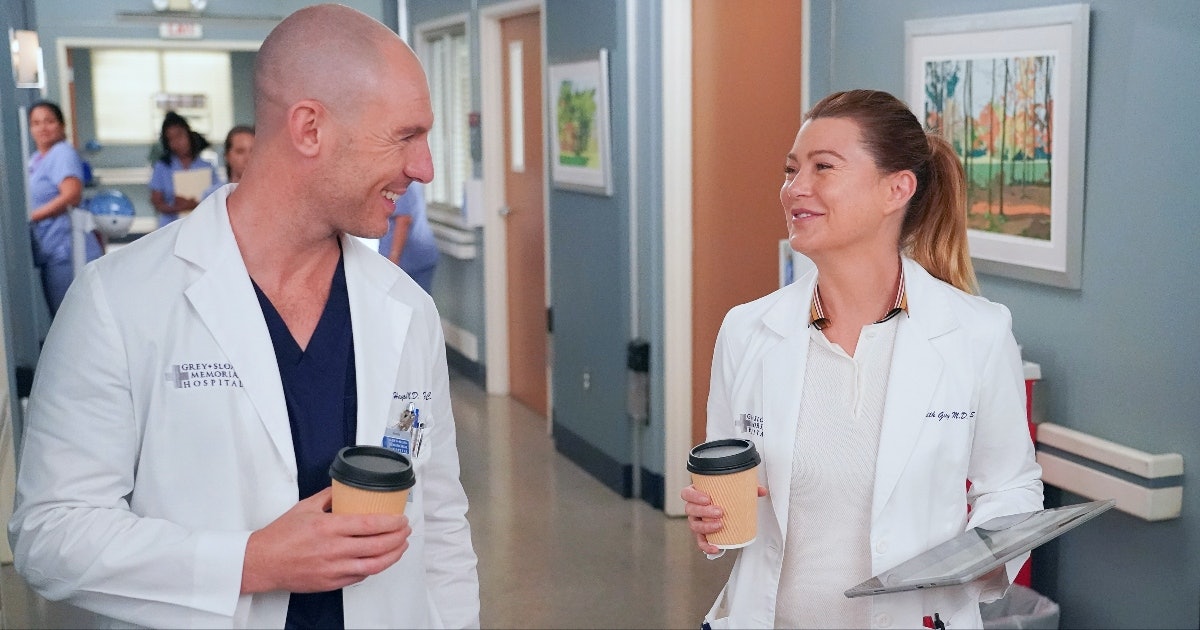 
If it seems like Grey’s Anatomy will never end, it’s because that may actually be true. The longest-running primetime medical drama in TV history was just renewed for Season 19 — yes, Season 19 — which means we’re heading back to Grey Sloan Memorial in rainy Seattle for another year. It seems like around this time every year for the past few years, there’s been speculation that the very quotable show may finally wrap it up, and yet every year, there’s a renewal. Even the show’s star Ellen Pompeo said on the Armchair Expert podcast in August 2020 that she didn’t want to be the “grapes dying on the vine” by staying on the show too long. For now, she’s sticking with it, and the show must go on! So brush up on your Grey’s Anatomy trivia, because here’s what we know about Grey’s Anatomy Season 19.

Is Season 19 the last season of Grey’s Anatomy?

As far as we know, no! Deadline announced that ABC renewed the show for the 19th season on Jan. 10, but the network made no mention of it being the last for the show. Pompeo also signed a new contract to continue to play the role of Meredith Grey, also upping her status from co-executive producer to executive producer. However, Pompeo’s contract is for just one year, so there’s a chance this could be the last season. Then again, it could just be the last for Pompeo with the rest of the doctors carrying the show until ABC pulls the plug. We’d like to hope they’d make that call before the season films so we can get an actual resolution in the season finale, so this is one we’ll just have to wait on. For now, it’s a bit of a mystery as to when the show will end — if ever.

Who will be in the cast of Season 19 of Grey’s Anatomy?

Granted, that doesn’t mean the characters will survive that long. Sorry, we all know it’s true — Grey’s is a master of unexpected, heartwrenching deaths. And real ones know that, at this very moment, the life of Dr. Owen Hunt hangs in the balance following the mid-season finale of Season 18.

Oh, then there’s also the slim possibility that we could get a cameo from Dr. Callie Torres! Well, that may be wishful thinking… but still. “Being part of the Shondaland family was one of the greatest honors of my life, one of the greatest privileges,” Ramirez, who is currently playing fan-favorite Che Diaz on And Just Like That, told People in December 2021. “I wouldn’t be who I am today without the experience I had on Grey’s Anatomy, and my heart is completely open to going back and checking in with Dr. Callie Torres. But that would only happen if the writers’ room and the story really organically led them to need a character like Callie to come back.”

A fan can dream, right?

What do we know about Season 19 of Grey’s Anatomy?

We don’t know a whole lot yet about Season 19 since Season 18 is still airing. Once this season wraps up, though, we might have a better idea of where Season 19 will go. The only tidbit the network has teased is that Season 19 “will explore the ever-expanding world of modern medicine through the eyes of beloved returning and new characters.” Which, uh, could pretty much be applied to any season of the show.

In the current season, Meredith is spending a lot of her time in Minnesota working on a treatment for Parkinson’s disease. She’s also dating Dr. Nick Marsh (love this journey for her), and TBH, this sounds like a great way to write Meredith off the show if Pompeo is ready to be done. ABC can pull a Cristina Yang and relocate Meredith to another facility and just have her be this omniscient character until the show ends. This way Pompeo won’t stay past what she feels like is an appropriate time, but the show can continue. Because while 19 seasons are a lot of seasons, Grey’s still has a few years to catch up to the likes of Law & Order: SVU. So.

When Will Season 19 of Grey’s Anatomy premiere?

The Grey’s Anatomy Season 19 release date is still TBD, but it will definitely be this fall. As one of the biggest fall TV shows every year, there’s no reason it wouldn’t have its usual place of prominence on ABC’s schedule.

And just like its fans, show creator, and executive producer, Shonda Rhimes is just as pumped about the confirmed new season and the longevity of the series, according to Deadline.

“I couldn’t be more excited that we get to keep telling the stories of Meredith, Bailey, Richard, and all of the other doctors at Grey Sloan Memorial for another season,” said Rhimes. “This is a true testament to Krista Vernoff, the cast, the crew, and all the writers who keep the audience on the edge of their seat week after week. And it would not be possible without the generations of incredible fans who have supported Grey’s Anatomy for so many years.”

This article was originally published on 1.13.2022