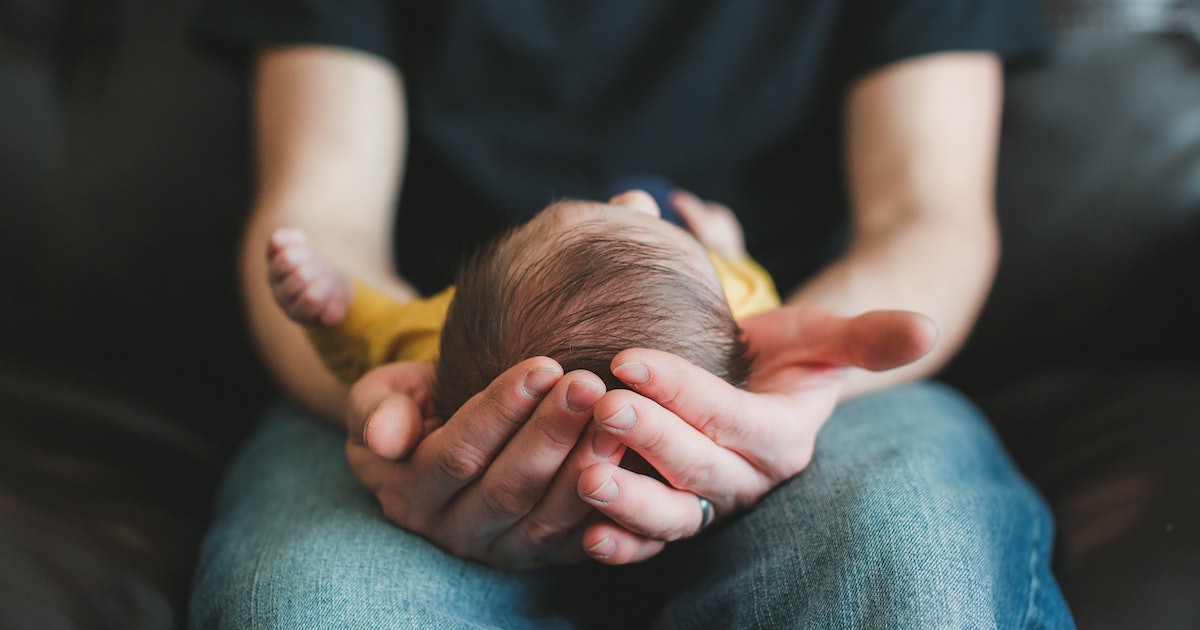 
As the crusade against LGBTQ+ youth continues in states nationwide, some parents are hoping to raise their children free of gender entirely. They’re foregoing gender-specific names, pronouns, toys, and clothes, with the hope that their children will instead develop the identity that suits them best when they feel ready to explore it. They’re dubbed — as it were — “theybies.”

There’s little data to determine how many parents are a part of the gender-neutral baby movement, but in 2018, NBC News reported a Facebook community for Parenting Theybies had 220 members in the U.S. The group is now up to around 770. Others have found community by way of Instagram posts and blogs devoted to raising theybies. In a world where so much still feels coded by gender stereotypes — from parties that offer a big reveal of “blue or pink?” to “daddy’s little princess”/“mommy’s little heartbreaker” tees lining store shelves — it seems like an endlessly uphill battle to raise kids completely free of gender. In fact, some parents feel it’s impossible, no matter how well-intentioned the efforts may be.

What Is The Gender-Neutral Baby Movement?

“There is a movement among some progressive parents toward raising babies as gender-neutral as possible,” explains Scott Rubin, author of Naming Your Little Geek. Rubin notes that the ideology and practices have continued to evolve alongside cultural understandings of sex and gender. “For a while, a common philosophy was being open to children playing with any kinds of toys (action figures to dolls), wearing whatever clothes/colors they enjoy, etc. so as to force as few gendered roles on them as possible. In recent times, some have taken more comprehensive steps.”

Rubin notes that some parents of theybies “do not reveal the assigned sex at birth to anyone except for diaper-changing family, guardians, and doctors. Their names are unisex or completely gender-neutral, as are their clothing, haircuts, toys, and more. It is truly up to the child to grow into, and reveal to the world, the gender and gender expression of their own identification when they see fit.”

While some parents note that their theybies have grown into creative, free-spirited children and young adults, others have acknowledged the inherent challenges faced by themselves and their little ones. Still, others say that the movement actually hurts LGBTQ+ youth, arguing that not only is it impossible to raise a child free of gender, but that it actually erases or minimizes queer identities.

“I never wanted my children to live in a world where they feel pressured to fit into the mold society set for them,” says Brandon Walsh, founder of Dads Agree. “Instead, I’ve wanted them to be free spirits, to think outside the box, and live life on their own terms.”

The Michigan-based dad of two shares that this has boosted his children’s creativity. “They are also more confident in the way they express themselves and are growing up to be open-minded individuals,” he says. “The best part is that they don’t allow societal expectations to dictate their individuality and have even stood up to many bullies at school. This makes me feel nothing less than a successful parent, knowing that my children are capable enough to stand up for themselves without losing their authenticity.”

Walsh, who has an 11-year-old and an 8-year-old, explains that the sole challenges he’s faced include societal pressures and comments from others, especially with regards to his 11-year-old, who “frequently comes across negative comments and Instagram trolls” as they inch towards their teen years. He adds, “Things at school can get tough too. Although the school administration is very accepting, many kids — especially their parents — aren’t.” Walsh says people have shouted slurs at them on the street, adding, “What hurts me is that they are a child who’s being subjected to this much hate. Although they’re extremely strong, my kid can’t handle the negativity sometimes; they’re a child, after all. But the best part is that they always try to overcome the challenges.”

San Diego-based mom of two Elizabeth Hicks says that she continues to learn along the way. Hicks, the co-founder of Parenting Nerd, says she decided to eliminate gender implications when others kept asking her about it after an ultrasound during pregnancy. “The notion of a boy or girl was quite prominent, so I decided to throw a gender-neutral party. I got some looks, but I didn’t want my little one to be confined in a box set by society. I wanted them to break all gender stereotypes. As a result, I did research and learned more about inclusive language to use in everyday life, such as ‘hen, they.’”

“The concept isn’t very widely accepted, so it’s still challenging to explain my choice to others,” says Hicks, adding, “I am still educating myself about how to not completely eliminate gender without my child facing alienation. That’s because it’s not just about colors. It is more about raising awareness regarding predetermined gender roles.”

Does It Erase Queer Identities?

Queer parent Reba (who uses they/them pronouns) argues that pretending no genders exist “promotes gender queer erasure” since it “completely disregards transgender/non-binary/genderfluid options.” The founder of Gender Creative Parenting adds, “I do not know if we are at a point in history where gender-neutral won’t look ‘masculine.’ The real goal should be to uphold cis-gender feminine, transgender, genderfluid, and non-binary identities next to the cis-masculine. There is so much joy, color, and movement in these identities, why erase when we can celebrate?”

“As queer parents of three, we chose they/them pronouns for our toddler and gender creative parenting for all our kids,” they add. “We give all options for clothing, toys, experiences etc. They have all twirled in the sunlight in a skirt of glitter and pulled on the suspenders of their pants while running as fast as they can.”

For Reba, it’s all about education and options instead of limiting their littles to the box of gender-neutral. “We educate cis-gender, transgender, non-binary, and genderfluid definitions starting at birth,” they note. “They will continue to gain more information about the nuances within these gender identities as they get older. They will have an array of options to define themselves rather than forcing them to say they are ‘gender-neutral.’ It also allows them to learn queer people exist and are valued. In addition, they learn queer genders don’t have to look a certain way and all options are appropriate if they are genderqueer.”

“They will have the freedom to express and celebrate themselves as they see fit, and we will be there to support them,” says Reba.