How to Do the Glute Bridge: Form, Benefits, and Variations


When most people think of glute exercises, they think of barbell squats, deadlifts, and hip thrusts.

And while there’s no denying that these are great exercises for developing your derriere, they also require a level of skill, coordination, and strength that can be daunting if you’re new to weightlifting.

If you fall into this camp, the glute bridge is a better place to start.

That’s because the glute bridge is easier to learn, allows you to start with your body weight and progress slowly, and can be performed anywhere without the need for gym equipment.

Just because it’s more beginner-friendly doesn’t mean you can get away with using slipshod technique, though. Like any exercise, if you want to make the glute bridge as safe and effective as possible, you have to learn proper glute bridge form.

What Is a Glute Bridge?

The glute bridge, also known as the “hip bridge” or the “butt bridge,” is a lower-body exercise that primarily trains the glutes.

Many people think the glute bridge and the hip thrust are interchangeable.

While these two exercises are alike in that they both involve extending your hips (increasing the distance between your thighs and belly), there are some important differences.

The hip thrust is performed using a bench and a barbell, which means it’s easy to progressively overload, but you need access to a gym or well-stocked home gym if you want to perform it correctly.

The glute bridge, on the other hand, is a bodyweight exercise that requires no equipment and very little space. This makes it a better option for people who are new to weightlifting and don’t have the strength to add external resistance, are training around an injury, or are working out in a hotel or home gym and don’t have much space or equipment available. 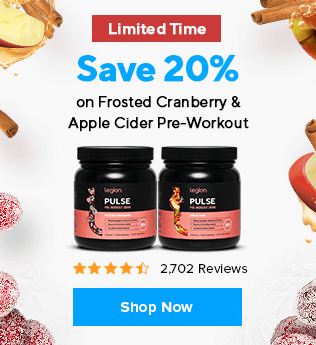 1. It effectively trains your glutes.

Most people have weak glutes because they spend too much time sitting on them rather than using them.

And when your glutes are weak, you rely more heavily on other muscles near to the glutes to help you move, which changes how your lower-body muscles function and could lead to pains, strains, and injuries.

(Although you’ll often hear people say that sitting is particularly bad for your glutes, it’s really inactivity on the whole that’s to blame for these ailments.)

What’s more, having weak glutes compromises your performance on exercises where your glutes are highly involved, like the squat and deadlift, and any sport that requires hip extension, including running, jumping, climbing, throwing, sidestepping, and landing.

Thus, strengthening your glutes helps you avoid many common aches and pains (particularly knee and lower-back pain) and perform better in almost every sport.

The glute bridge effectively trains and strengthens the glutes, which helps keep you pain- and injury-free and performing at your best.

(Oh, and it might make you more attractive, too.)

When it comes to glute exercises, most people think of proven glute builders like the back and front squat, Romanian deadlift, and hip thrust.

And while it’s true that these are among the best exercises for developing your glutes, they’re not always a great place to start if you’re new to weightlifting. That’s because people who are new to strength training often don’t have the requisite level of strength and skill to perform these exercises safely and effectively.

The glute bridge trains the glutes and hamstrings in a similar way to the barbell exercises above, but it’s easier to learn and allows you to start with just your body weight and build strength over time. This makes it ideal for people who are just getting started with weightlifting and/or don’t want to go to a gym (yet!).

. . . so no matter how you like to train or what equipment you have available, you can almost always find an effective glute bridge variation to include in your workouts.

More about how to do these variations soon!

The main muscles worked in the glute bridge are the gluteus maximus, medius, and minimus, the hamstrings, and the hip adductors.

Here’s how those muscles look on your body: 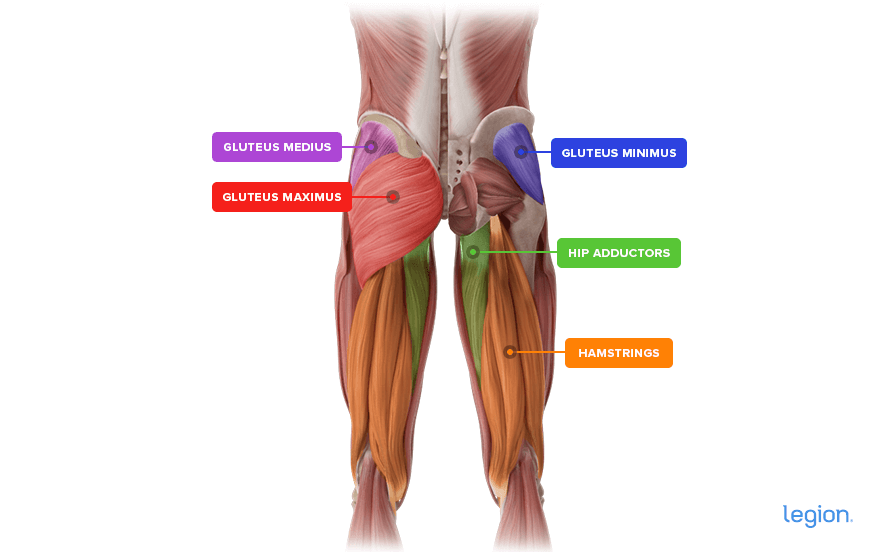 The best way to learn how to do a glute bridge is to break the exercise up into three parts: set up, thrust, and descend.

Lie on your back on the floor with your arms by your sides and your palms facing toward the floor, then place your feet 15-to-18 inches apart about 6-to-12 inches from your butt and point your toes slightly outward (research shows placing your feet like this makes the exercise more effective at training your glutes).

Lift your butt off the floor by pressing your shoulders and heels into the floor. As you thrust your hips toward the ceiling, push your knees out in the same direction as your toes. Continue thrusting your hips upward until your butt, hips, and knees form a straight line and your shins are vertical.

Reverse the movement and return to the starting position. This is a mirror image of what you did during the thrust. Lower your body under control, and once your glutes touch the floor, begin the next rep.

Tip: Research shows that you can increase the amount of work your glutes have to do in the single-leg glute bridge by bringing your heel closer to your butt while performing the exercises (6-to-8 inches works well for most people).

The barbell glute bridge is an excellent glute bridge variation because it allows you to safely and effectively increase the weight you lift over time, which is one of the best ways to maximize the muscle-building effects of weightlifting.

The banded glute bridge is a good alternative to the bodyweight glute bridge when you want to make the exercise harder, but don’t have access to a gym (when traveling, for example). To set up the glute bridge with band, sit on the floor and lay a resistance band across your lap and pin each end of the band to the floor on either side of your body using something heavy (like weight plates or dumbbells). Then, lie back and perform the exercise the same way you would perform the regular glute bridge.

The static glute bridge abduction is a more advanced variation of the bodyweight glute bridge that involves wrapping a resistance band around your thighs and performing “hip abduction” (moving your thighs outward, away from the midline of your body), which increases the amount of work your glutes have to do.

To perform static glute bridge abduction, wrap a resistance band in a loop around your thighs, then get set up as you would for the bodyweight glute bridge. Thrust your hips toward the ceiling until your butt, hips, and knees form a straight line. This is the starting position. To perform a rep, squeeze your glutes and push your thighs outward against the resistance of the band, then allow your thighs to move back toward each other and return to the starting position.

The glute bridge hold involves getting into position to perform a regular glute bridge, thrusting your hips toward the ceiling until your butt, hips, and knees form a straight line and your shins are vertical, holding this position for 5-to-10 seconds, then lowering your butt to the ground and repeating.

Performing the glute bridge with an “isometric” hold at the top of each rep increases the time your glutes are “under tension,” which makes it more challenging than the regular glute bridge and may increase its muscle-building effects. That said, the glute bridge hold likely isn’t as effective as performing weighted glute bridge variations, so you should only use it when you’re just starting out or have no equipment available.

The Smith machine glute bridge probably isn’t quite as effective at developing your glutes as other weighted glute bridge variations, but it’s a workable alternative if you don’t have access to a barbell, dumbbell, resistance band, or glute bridge machine. It can also be a viable option if you’re training around an injury or you simply don’t want to do the barbell version.

If you want to maximize muscle growth, research shows that it’s best to train your muscles in different ways, from different directions, and at different angles.

Thus, a proper “glute bridge workout” should also include other exercises that train your glutes and other lower body muscles, such as your quads, hamstrings, and calves.

Here are two example glute bridge workouts: one that requires a barbell and one that uses just your body weight.

How to Do the Seated Cable Row: Muscles Worked, Form, and Alternatives